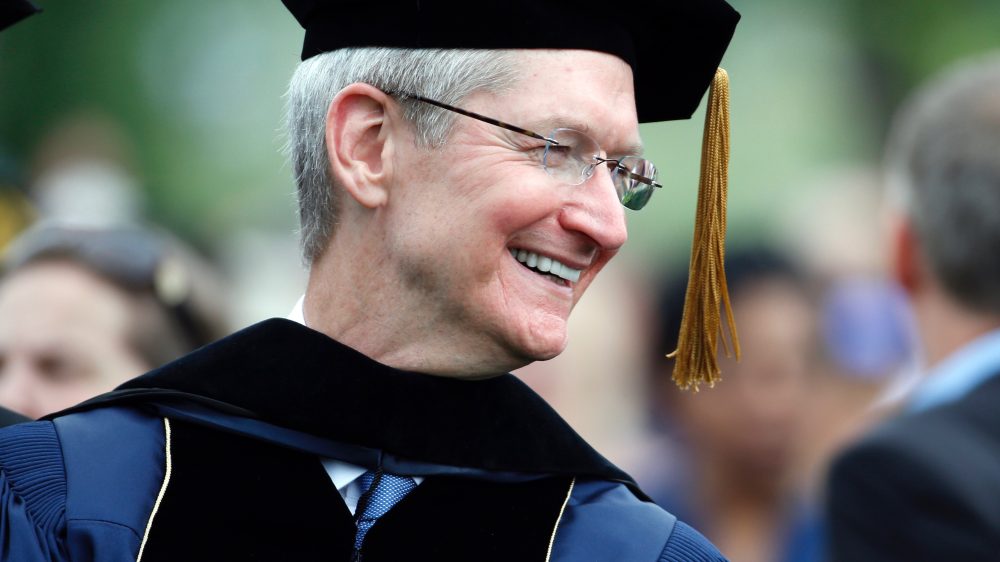 Tim Cook is no stranger to delivering commencement addresses, and this June the Apple CEO will head to Cambridge to oversee the MIT class of 2017 graduation. The research university shared the announcement today:

“Mr. Cook’s brilliance as a business leader, his genuineness as a human being, and his passion for issues that matter to our community make his voice one that I know will resonate deeply with our graduates,” MIT President L. Rafael Reif says. “I am delighted that he will join us for Commencement and eagerly await his charge to the Class of 2017.”

The announcement includes this message from the Apple CEO:

“Apple stands at the intersection of liberal arts and technology, and we’re proud to have many outstanding MIT graduates on our team,” Cook says. “We believe deeply that technology can be a powerful force for good, and I’m looking forward to speaking to the Class of 2017 as they look ahead to making their own mark on the world.”

It’s quite possible Cook will be speaking to future Apple employees at the MIT graduation in June.

Back in 2011, Cook delivered the commencement address for his Alma Mater Auburn University, serving as Apple COO prior to taking over for Steve Jobs, where he described joining Apple as the best decision he ever made.

Via @setteBIT; image via USA Today