How-To: macOS Sierra 10.12.2 removes your battery’s estimated time remaining, here’s how to get it back 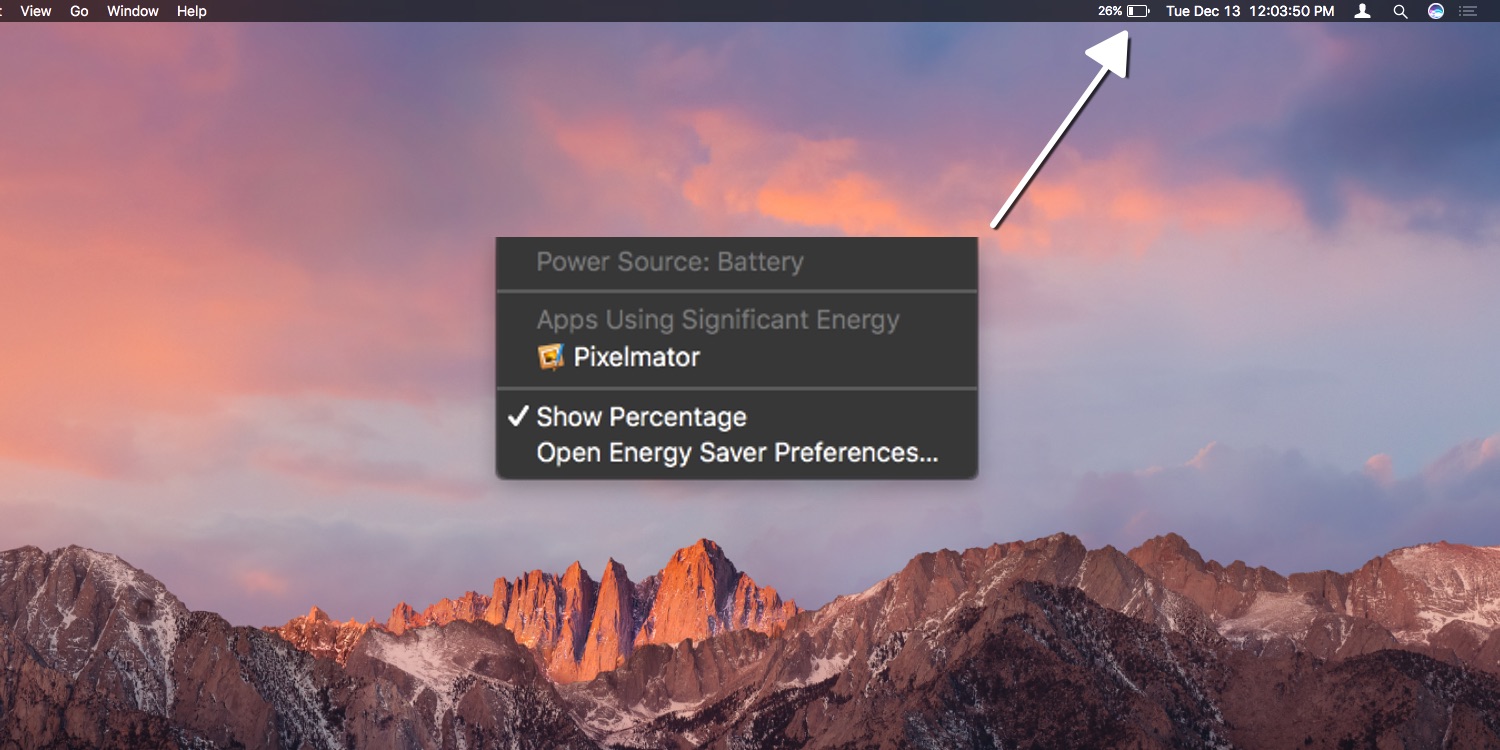 One of the casulaties in today’s 10.12.2 Sierra update for macOS is Apple’s decision to remove the inaccurate time remaining on battery estimation built into the system’s battery menu bar icon. A feature long used by macOS customers all around, the removal of the time remaining may line up with the iOS battery experience but it will leave some users a bit frustrated. Let’s take a look at some alternative third-party apps that can bring this feature back and make you feel back at home in your own system.

iStat Menus has long been a staple in a pro user’s OS customization toolkit. The app allows users to add different bars and graphs to their menu bar to help keep an eye on different services and components. Want to watch your memory and memory usage live? You can do that with iStat Menus.

What we care about today with iStat Menus is the ability to see detailed info on your battery’s current state. Once installed, iStat Menus will add different icons to your menu bar, all of which can be enabled and disabled at will. With the battery menu bar option, iStat Menus provides seven different styles to pick from, (I’ve stuck with the default).

When clicking the iStat Menus’ battery icon in the menu bar, a drop down similar to the system battery shows the battery’s current status. The information provided is more thorough by not only showing time remaining, but also current battery state (charging or discharging), condition (helps to recognize if battery is working as expected), cycle count, health, and even apps using signifcant energy.

iStat Menus 5 is available with a free 14 day trial, with single and family licenses available at $18 and $25 respectively.

I first came across coconutBattery a few years ago after discovering that my 2010 MacBook Pro’s battery was potentially dying, I figured a third-party app to easily keep tabs on the cycle count would be a good idea. With the app I was able to quickly tell that my battery was actually doing really well considering its age, and it was hitting about 80% of its designed capacity.

I’ve continued to use coconutBattery over the years, and paid even more attention to the stats it provided after replacing my MacBook Pro’s battery with a new one myself. coconutBattery is lightweight, so I had no qualms with continously running it, and liked the cleanliness it provided all around. Similar to iStat Menus, coconutBattery has a customizable menu bar icon that also provides a dropdown for stats. The customization isn’t as easy as iStat Menus’, but it’s essentially a set and forget configuration. coconutBattery’s dropdown includes time until empty, state (percentage) of the battery’s charge, its temperature (a higher temp can decrease battery life), cycle count, health, and condition.

coconutBattery is available as freeware, and the developer accepts donations if users are so inclined.

After having used both apps over the years, something I’ve always noticed is that the battery statistics vary from app to app. The piece that matters day to day, time remaining on battery, can vary between iStat Menus and coconutBattery in large ways. I’ve seem time remaining differences ranging from a few minutes up to half an hour when comparing the apps side-by-side. My recommendation: use an app you like, and stick to it.

Apple’s choice to remove the time remaining on battery within the native battery menu bar is definitely not ideal for those who care for minute to minute updates. The decision feels akin to when Apple decided to rework the math that calculated signal strength back in the iPhone 4 days; it’s a decision that effects users even if they can’t immediately tell how.

If a Terminal hack/workaround is discovered that re-enables the estimated ‘time remaining’, this post will be updated.