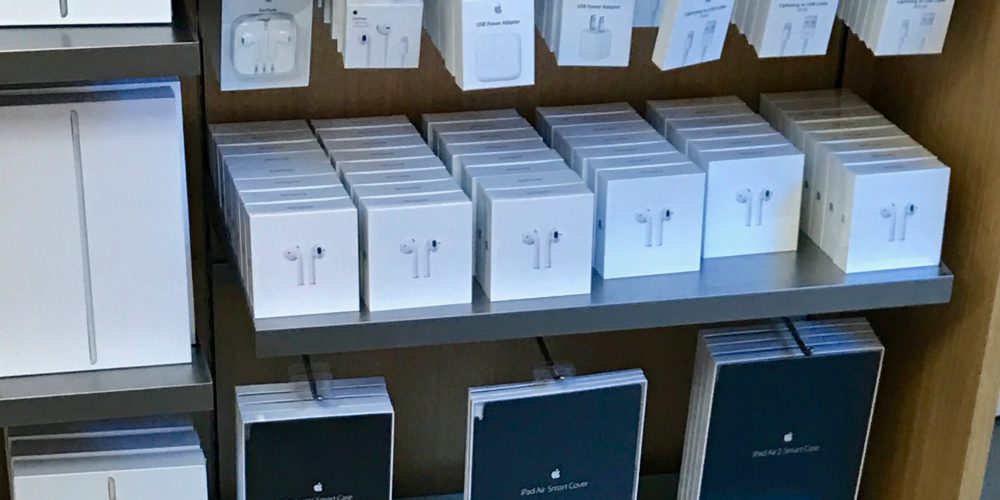 It’s AirPods launch day for the lucky customers who purchased during the first hour of sales going live last week and even luckier walk-in customers are Apple Stores, and there may still be hope for getting AirPods before Christmas if you missed both previous opportunities…

We’re hearing that Apple Stores across the country (and likely beyond) are receiving mid-day shipments of new AirPods supply. Inventory is first come, first serve as always, but you may have a second shot today and any other time this week or in the future if you just drop in and do a quick supply check.

Apple promised regular AirPods shipments at Apple Stores when the wireless earphones went on sale last week, although it wasn’t clear that mid-day deliveries would occur. It’s likely that this kind of availability refresh varies from market to market.

Some stores were initially stocked with as few as 10 sets at the time of store opening today with queues in front of stores similar to iPhone launches. Since selling out immediately, some stores are being re-stocked with as many as 50 additional units.

Meanwhile, Best Buy briefly updated its website with AirPods stock that promised delivery as soon as December 21 (in time for Christmas) although that inventory quickly sold out. It may be worth periodically refreshing online retailer listings for AirPods if you’re still hunting stock before next year.

Ship times for new orders from Apple are currently estimated to deliver in six weeks, and resellers are flipping for an average $300 compared to the $169 new price. AirPods were originally announced in September and promised for Late October before being delayed until last week.

Check out our own hands-on and first impressions and stay tuned for more inventory updates.