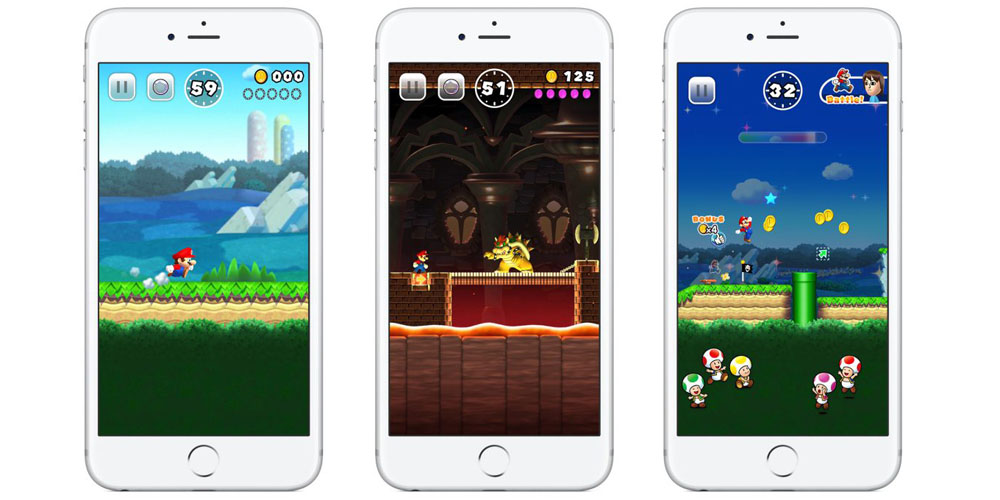 We learned last week that Nintendo’s Super Mario Run became the highest grossing app within hours of release, and analytics company App Annie has now put some numbers on this. The company reports that it notched up over 10M downloads and generated more than $4M revenue on its first day.

Given its visibility, it should come as no surprise that it became the top ranked game by downloads across 60 countries immediately after launch. Based on preliminary estimates, this includes over 10 million downloads and over $4 million in consumer spend worldwide on December 15.

The firm says that it will be particularly interesting to compare the performance of the game against Pokémon Go, given the two different revenue models …

Pokémon Go his 100M downloads and was still earning $10M a day in revenue some three weeks after its launch. Apple noted at the time that the game set a new record for launch week downloads, with one analyst even estimating the game could be worth as much as $3B to Apple over a 1-2 year timeframe.

Pokémon GO follows a freemium model with optional in-app purchases to generate revenue. Its iOS revenue continued to grow in the following weeks as user engagement increased. Super Mario Run, on the other hand, offers a single $9.99 in-app purchase to unlock the full game. As a result, payments precede extended gameplay and, therefore, revenue is more likely to be concentrated early on in the game’s lifecycle.

In other words, Super Mario Run could prove to be much more of a flash in the pan, with the bulk of its revenue concentrated in the first few days as hardcore fans pay the $10 fee, tailing off as it sees lower conversion rates from more casual players.

One disappointment is that the first Mario iOS game won’t run without an Internet connection due to piracy concerns.