Now that users are finally getting their hands on Apple’s AirPods, a few tidbits of information about the product are starting to roll in. Earlier today, we shared how AirPods hold up after drop and water tests. Now, eagle-eyed users have noticed that the charging port on the AirPods case is nearly identical to the shape of a USB-C port, leading to some questions…

The AirPods case, of course, actually charges via a Lightning cable – which is included in the box with your AirPods purchase. As you can see in the image above, however, the cutout for the Lightning connector is nearly identical to a USB-C connection. This, of course, presents the question of whether or not Apple initially intended on AirPods charging via USB-C.

In the image below you can clearly see the Lightning module inside of the USB-C cutout. This seems to suggest that perhaps, at least during the initial design phase for the AirPods, Apple had intended on the charging case being refueled by USB-C rather than Lightning.

The Lightning cable also doesn’t fit properly into the port on the AirPods charging case, shown in the below images. For a company that is often very detail oriented, at least with product design, it seems like too big of an oversight to have been a purposeful design decision rather than a last-minute change of charging method.

It is, of course, altogether possible that AirPods were never intended to charge via USB-C and that this is just lazy design on Apple’s part. 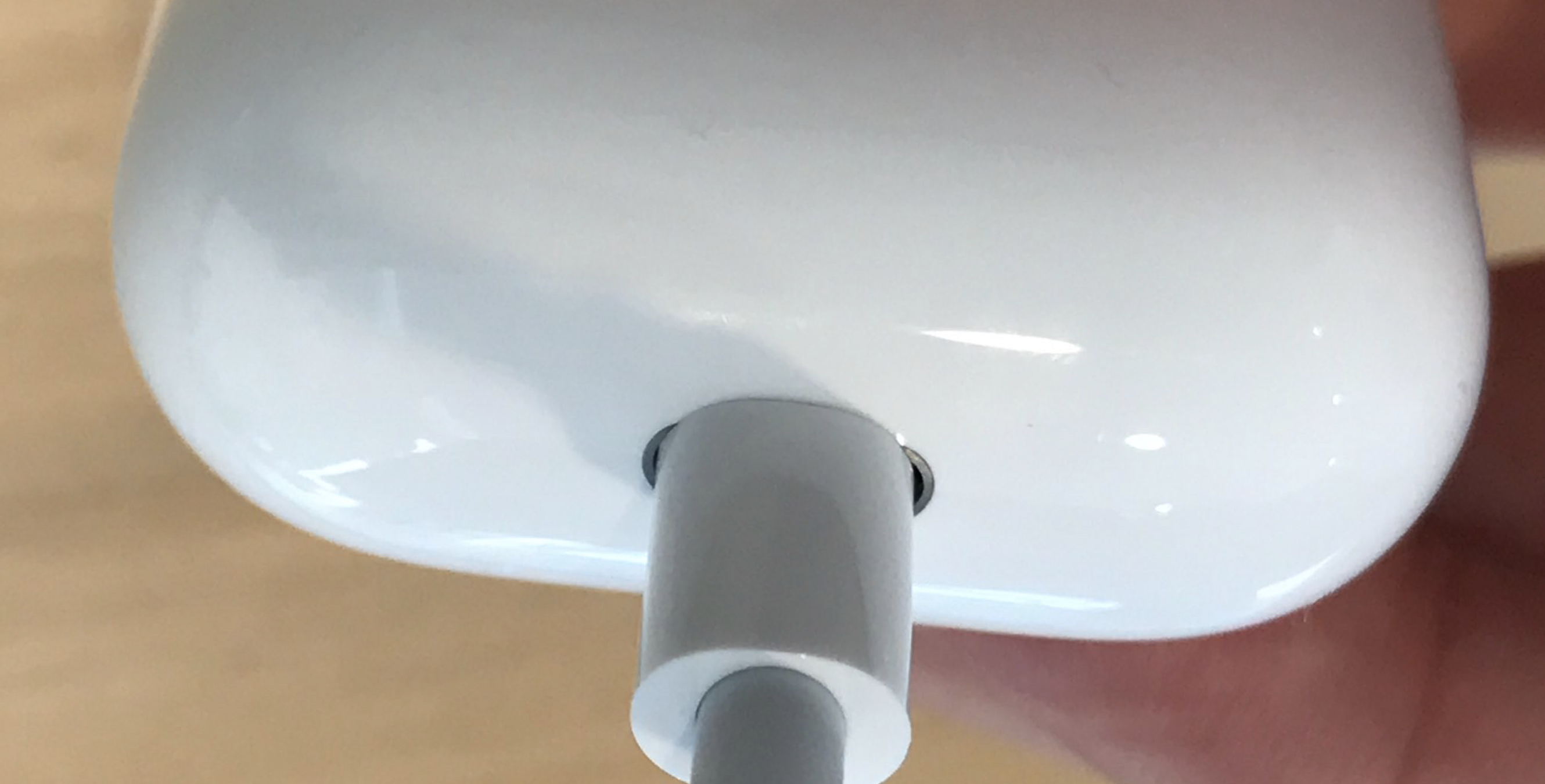 It’s worth noting that, despite the launch delay, the same USB-C-like cutout was present on the AirPods charging case when the product was first announced in September, as evident by early hands-on videos.

In the grand scheme of things, it makes much more sense that AirPods charge via Lightning than via USB-C, at least in my opinion. Given that the iPhone charges with Lightning and the iPhone is the main product with which AirPods will be used, it wouldn’t have made a whole lot of sense for them to be charged with USB-C. Though, USB-C charging would have been a way to push the new standard a bit harder on Apple’s part.

It would be interesting to hear more about Apple’s decision to charge with Lightning, if in fact it was a last-minute change from USB-C. Would you have rather had AirPods charge via USB-C? Let us know in the comments.

OMG @danmessing I think you might be right! We're AirPods meant to charge via USB-C…? pic.twitter.com/vWCAbb9228