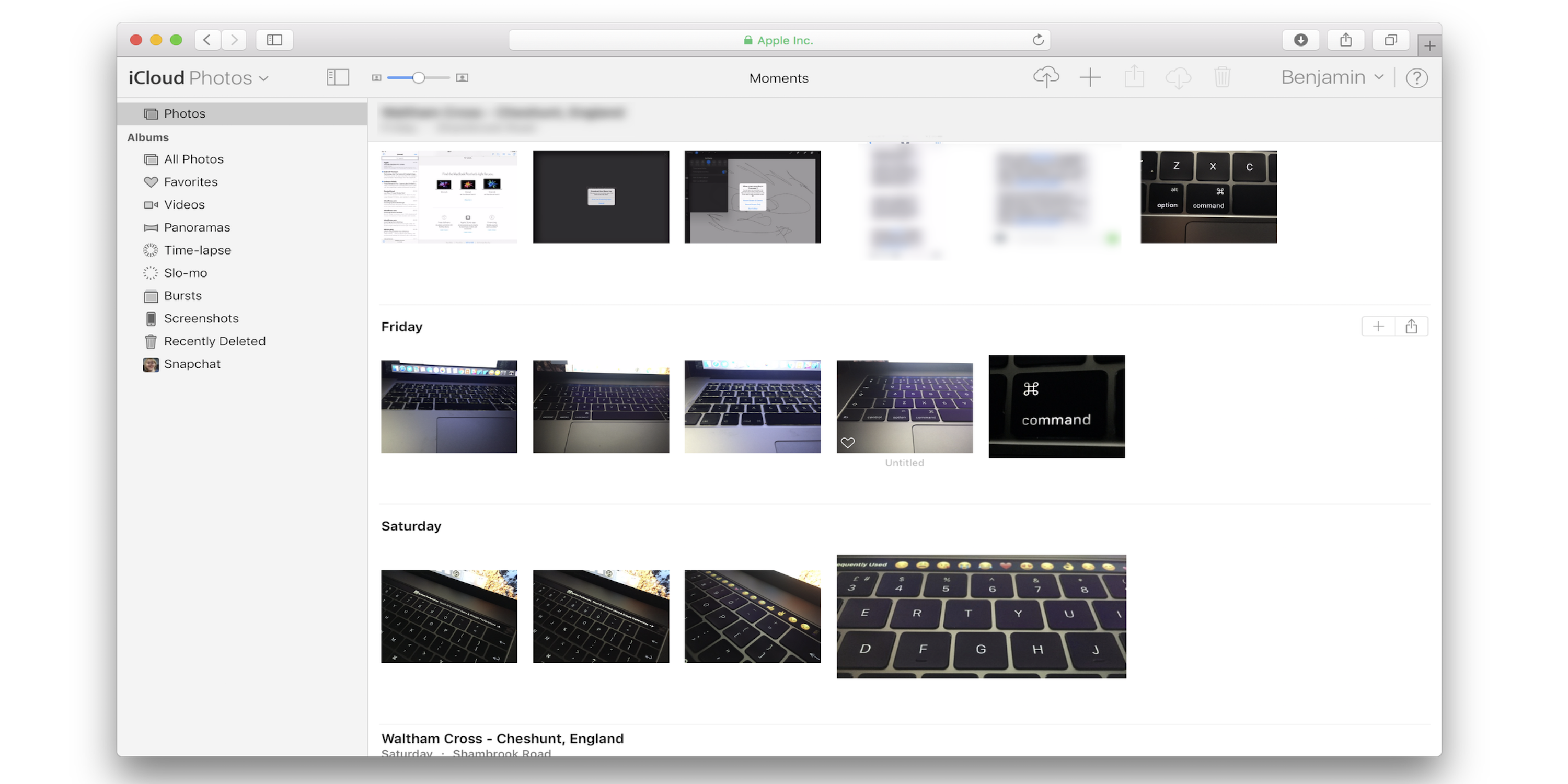 After rolling out a redesigned iCloud Photos app to the beta site earlier this month, today the updated experience is now available to all through iCloud.com.

The refreshed Photos app, which includes an updated sidebar and scrubber to match the native Mac Photos app, first became available through the beta.icloud.com where Apple tests new features before releasing to all users.

The new Photos app includes an updated toolbar with upload and download buttons along the the top of the interface. It also includes a new vertical sidebar for quick access to albums in your Photos library, and the sidebar can be easily hidden with a toggle in the top left-corner.

Also of note is a new horizontal scrubber to scroll between images taken before and after the current photo you’re viewing. Like some of the other new interface elements, this change makes the new app line up more closely with the experience in the current native Mac Photos app.

While today’s update moves the iCloud Photos app closer to the experience on Mac and iOS, other core features missing from the web app that could arrive in future updates include Memories, Faces, and automatic scene/object recognition.

You should see the new iCloud Photos app available on iCloud.com starting today.