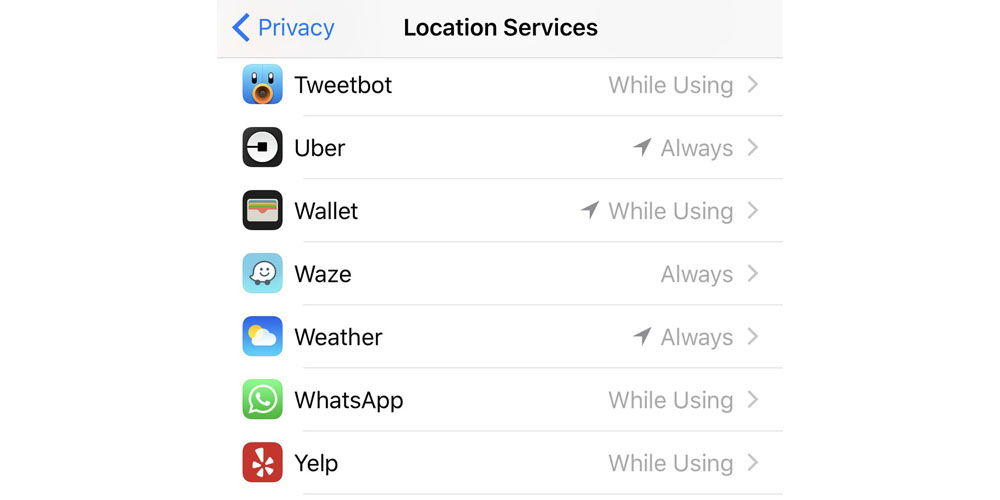 Uber recently changed the behaviour of its app so that it continued to track the location of customers for an additional five minutes after they were dropped off. The move appeared to be to prevent driver fraud, by preventing drivers claiming that a journey lasted longer than it did.

However, a number of users are claiming that the app is continuing to track their location days or even weeks after their most recent trip, notes Daring Fireball.

After writing about how you can verify that Uber is not tracking your location other than within five minutes of ending a ride, Daring Fireball readers on Twitter started sending me screenshots of their Location Services settings, showing that the Uber app is still checking for their location days or even weeks after they last used the app.

Gruber notes that he is not seeing this behaviour personally, and I’m not either, but it would be interesting to see how widespread it is. If you are seeing this yourself more than 24 hours after you last used the app, please let us know in comments.

We’ve reached out to Uber for comment and will update with any response. You can prevent tracking when not actively using the app by changing the permission to ‘While Using,’ but note that you would then need to remain within the app while awaiting pickup.

In a separate location-tracking controversy, a lawsuit recently alleged that thousands of Uber employees were still able to access the real-time locations of customers – including exes and celebrities – despite assurances from the company that it had taken steps to prevent this.