In a new report released today by Flurry Analytics, Apple has again once topped the charts this holiday season. Using a mix of phone and app activations, Flurry discovered that Apple saw more than double the number of smartphone activations as Samsung, and a noticeable increase in phablet device activations.

Flurry Analytics, the late-Steve Jobs’ favorite analytics company, annually takes a look at the most gifted smartphones during the holiday seasons. This year, with Christmas and Hanukkah lined up, Flurry took a look at smartphone, tablet, and app activations that happened from the week leading up to Christmas Day and to the start of Hanukkah.

The group discovered that Apple led with 44% of new device activations, with Samsung as the runner-up at 21%. Flurry notes that Samsung is “slowly growing in popularity throughout the holiday season, up 1% from last year“, but Apple continues to remain in the lead. The remaining top activations paint an interesting picture as well: Huawei comes in 3rd at 3%, and then LG, Amazon, Oppo, Xiaomi, and Motorola all following with 2%. 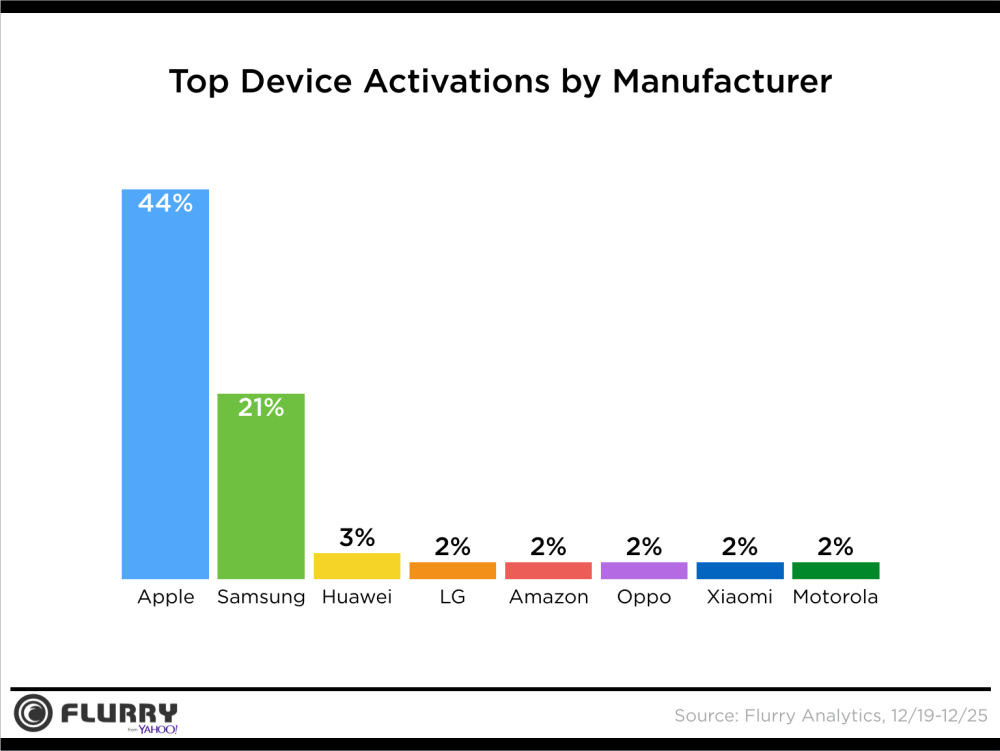 Google’s Pixel is nowhere to be seen on the chart, most likely because they only have two major flagship devices this holiday season: the Pixel and Pixel XL.

Flurry’s report also mentions that the sales of phablets (indicating 5 to 6.9 inch devices) are eating away at medium-sized device activations. During the holidays, phablet activations increased up to 37% from 27% the year prior. 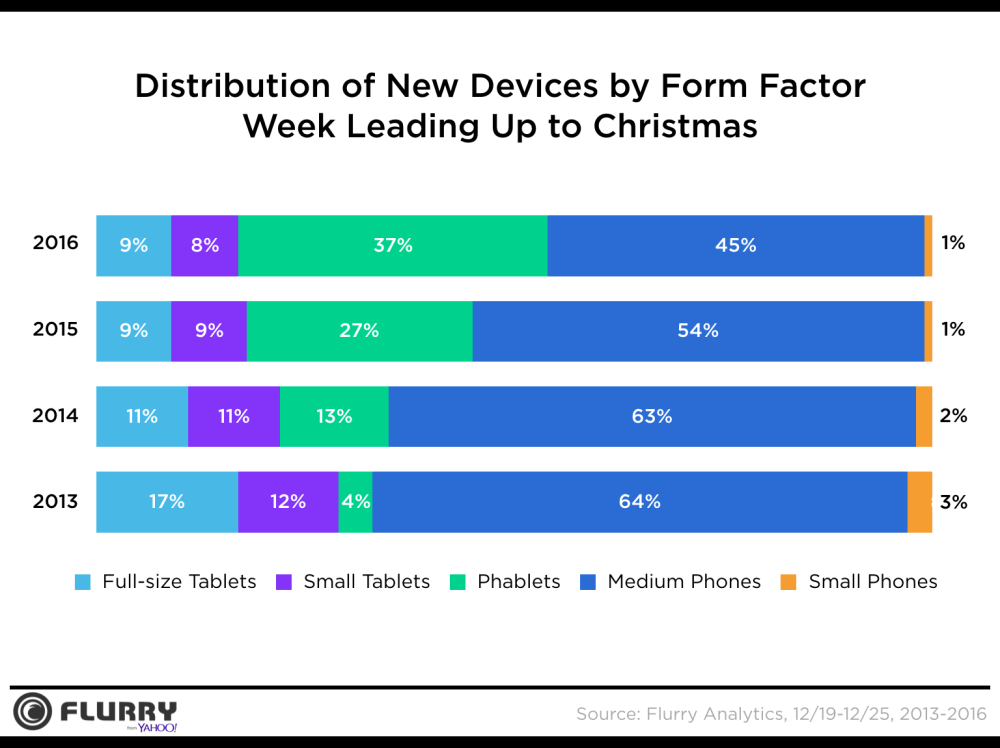 This year also presents Apple with its first 14 week quarter since FQ1 2012. Robert Paul Leitao of the Braeburn Group explains to Philip Elmer-DeWitt:

Ordinarily Apple’s fiscal quarters are exactly 13 weeks in length and always end on a Saturday. Because 365 days are not wholly divisible by 7, there’s a reminder day each year (2 days in a leap year). To realign the company’s fiscal quarters with calendar quarters, every 5 or 6 years (depending on the number of leap days in the multi-year period) Apple adds a 14th week to its first fiscal quarter. The last time this occurred was FQ1 2012 (the December-ending calendar quarter of 2011).