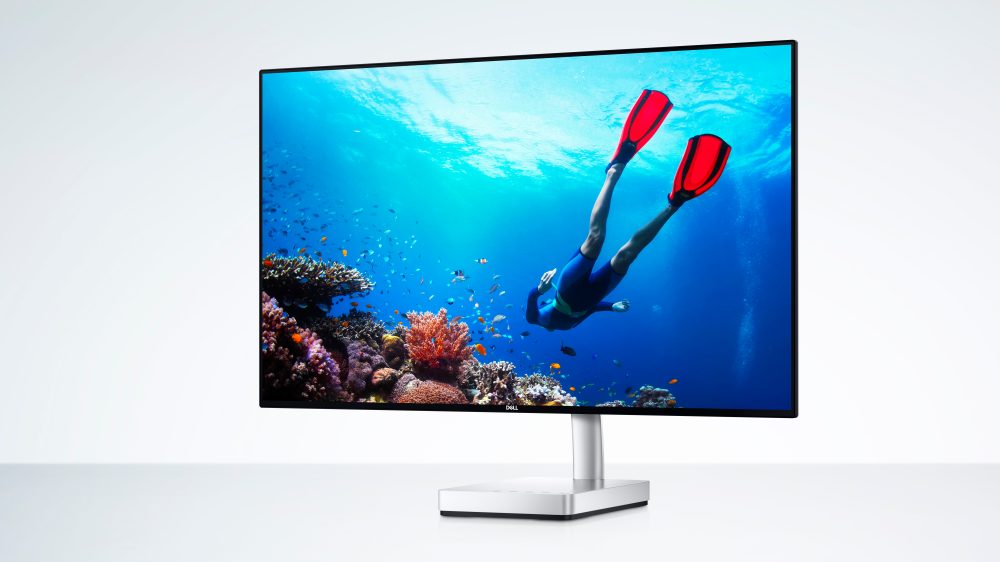 Apple worked with LG on the company’s new UltraFine 5K display, but that’s not stopping other companies from showing off their own standalone USB-C displays. As CES 2017 kicks off this week in Las Vegas, we’re sure to see quite a few companies take the wraps off of new displays, but Dell is getting a head start with its new 27-inch Ultrathin display…

Announced in a press release and already being shown to those in Las Vegas ahead of CES, the S2718D comes in at 27-inches and features USB-C connectivity. Though, it’s not quite as capable as LG’s UltraFine 5K display in terms of power.

Dell’s 27-inch UltraThin is the “world’s thinnest monitor” according to the company. The display features Dell’s InfinityEdge technology, which means the bezel design around all four sides is nearly nonexistent.

The LG UltraFine 5K has been criticized for its less-than-flashy design, especially for a product with a cosign from Apple. Dell’s new Ultrathin, on the other hand, features a rather eye-catching design thanks to the incredibly thin profile and bezel-less display. Though, the base is a tad bigger than what’s found on most other monitors as that’s where a lot of the power is located.

What it makes up for in design, however, it lacks in power. The Dell 27-inch Ultrathin features USB-C connectivity with power delivery, but only up to 45W. This means that you won’t be able to sufficiently charge the new 13-inch and 15-inch MacBook Pro models from the display, though the 12-inch MacBook should be supported without issue. LG’s UltraFine, however, pushes out 85W of power.

The 27-inch Dell Ultrathin S2718D will be available on March 23rd for $700. While that’s less than LG’s UltraFine, it’s rather pricey for a non-4K/5K display in this day and age, especially one without full power delivery and multiple connectivity options. Not to mention the fact that Dell sells a 4K monitor for less than $500, albeit without USB-C. What do you think of Dell’s new display? Let us know in the comments.