Sending this text will crash almost any iPhone, but don’t expect it to become a major problem 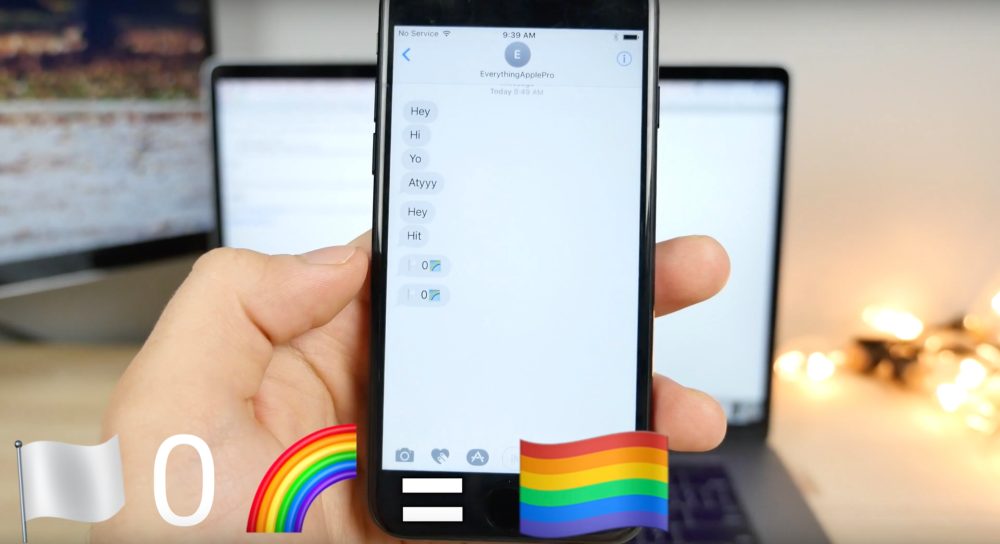 Lately more than ever we’ve been seeing weird bugs pop up that can cause iOS devices to crash. These oddities include things such as text strings, date changes, and bizarre links. The latest one, shown by YouTuber EverythingApplePro, is a three character strand of text and emoji, but the process is somewhat convoluted…

As detailed in the below YouTube video, sending the three character string to an iOS device running iOS 10 or newer causes it to crash and freeze. It’s not as simple as simply sending a text, though. There are a couple of ways to go about it.

First, you can download a contact file that contains the text snippet and save it to iCloud Drive. From iCloud Drive, you have to long-press to share it and then send it to whoever you’d like to “prank.”

The other solution, outlined at Preston159.com, is to copy and paste the text string on a Mac and save it as either a new note in the Notes app or on iCloud.com. From there, you can access that note from your iPhone, copy the text string, and send it.

It’s important to note that the second method only effects iOS versions through 10.1.1, while the first contact method affects through 10.2.1. In some cases, if your phone is hit with this bug, you’ll have to visit this link to get your Messages app function properly again.

Bugs like these are rather pointless in the grand scheme of things and are often silently resolved. Below is a technical explanation as to why today’s specific bug works and you can watch the full video, as well:

What you see in the text is the waving white flag emoji, a zero, and the rainbow emoji. The rainbow flag emoji isn’t an emoji in itself, it’s made of three characters: waving white flag, a character called variation sector 16 (VS16 for short), and the rainbow. What VS16 does in this case essentially is tells the device to combine the two surrounding characters into one emoji, yielding the rainbow flag (this is similar to how skin tone modifiers work, but not exactly the same).