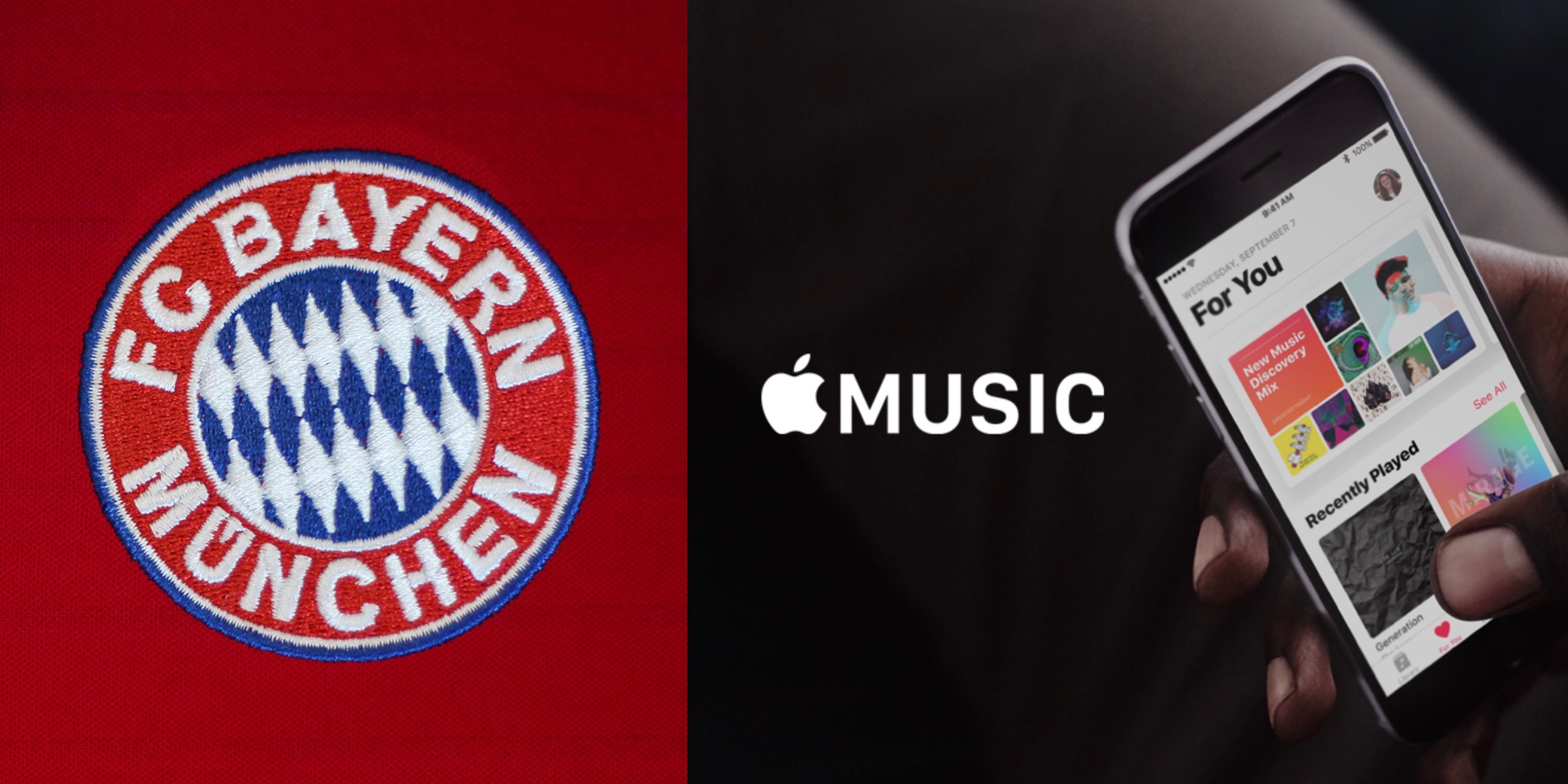 Professional soccer team FC Bayern Munich has announced today that they are offering exclusive playlists and other content through Apple Music. As first noted by iPhone-Ticker, the German football club hopes to bring their fans closer to the team and players through the curated content. However, FC Bayern has committed to more with Apple…

In addition to Apple Music exclusives, FC Bayern has made Apple Music the team’s official music service. In the press release, FC Bayern notes that the first playlist is already available and goes on to share how they view the connection between sports and music.

Music has always played an important role in sport, helping athletes and footballers train and providing anthems for fans on the terraces. Bayern Munich star Mats Hummels proves just how important music is to him in the current Deutsche Telekom and Apple Music commercial in order to prepare for a match.

The press release also notes that FC Bayern has signed an agreement to continue on with Apple’s Beats by Dre as the “official sound partner.” It’s notable that FC Bayern Munich is the current champion of Bundesliga (German for Federal League), which includes 18 teams. While not as well-known as the Premier League, Bundesliga matches have strong attendance with an average of about 43,000 fans per match last year.

This seems to be the first sponsorship between Apple Music and a professional sports team. With looking at ways to grow their Apple Music subscriber base and create unique and original content, this may be the first of many partnerships with teams and sports organizations around the world.

This also fits in with comments from a recent interview in which Apple’s Larry Jackson shared “…the company’s goal is to make Apple Music the ‘intersection of all things pop-culture’ and not just a utility for streaming songs.” Other related news includes Apple Music offering more sports coverage via CBS Sports Radio this month as well as their upcoming original content based on James Corden’s Carpool Karaoke.