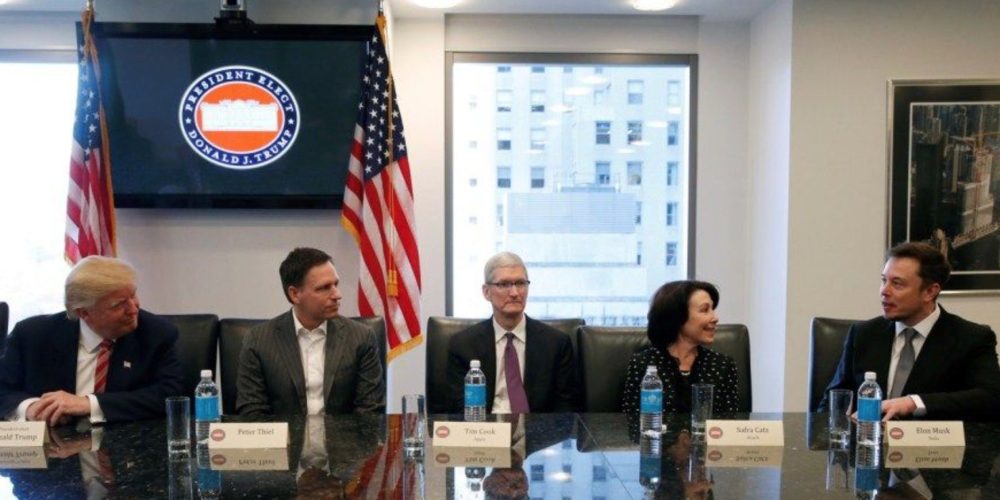 A total of 97 companies, including Apple and many other major Silicon Valley technology firms, filed an amicus brief late on Sunday to oppose the immigration order introduced by US President Donald Trump (via Bloomberg). An amicus brief is a legal filing that allows parties not directly involved in a lawsuit to offer their opinions to the court.

The brief says an open-ended ban does not aid America’s national security and instead undermines its interests. It notes that 200 of the companies in the Fortune 500 list were founded by immigrants or their children.

The brief signatories include Apple, Facebook, Alphabet (Google), Microsoft, Netflix, Twitter and Uber. Amazon is not listed but this is because Jeff Bezos, Amazon CEO, is already backing the original lawsuit. The amicus brief legally supports the cases filed in Washington and Minnesota.

Here’s an extract of the comments in the brief, which was apparently originally planned to be filed later in the week, which note that the need to protect national security is not justified by a blanket ban on immigration from Iran, Iraq, Libya, Somalia, Sudan, Syria and Yemen.

“Immigrants make many of the Nation’s greatest discoveries, and create some of the country’s most innovative and iconic companies,” the brief states. “America has long recognized the importance of protecting ourselves against those who would do us harm. But it has done so while maintaining our fundamental commitment to welcoming immigrants—through increased background checks and other controls on people seeking to enter our country.”

As it stands, the order remains halted after a US district judge temporarily stayed the ban. An appeals court ruling in opposition means that the executive order has not been reinstated.

In a memo to employees, Tim Cook has previously said that the order is ‘not a policy we support’. As well as attacking the purpose of the ban, the brief also criticizes the slapdash way in which it was enacted causing confusion and even more disruption.