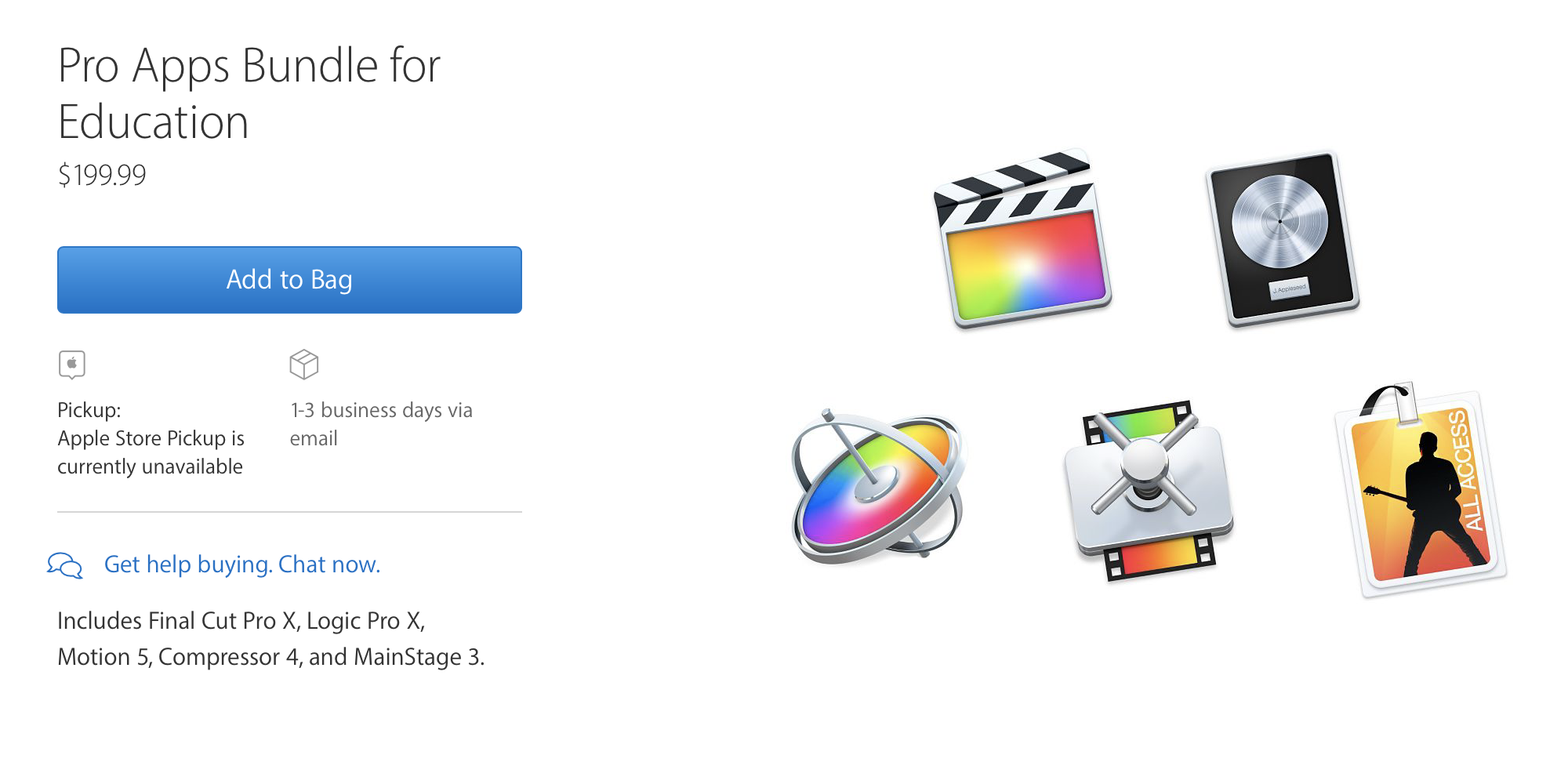 After launching a new Pro Apps Bundle earlier this month that includes Final Cut Pro, Logic Pro X, and Apple’s other pro apps at a discounted price for education customers, the offer is now available in additional countries outside of the US.

Apple confirmed on Twitter that the Pro Apps Bundle is now available in 35 countries after initially launching in the US late last week. The bundle, which offers 5 apps in total for quite a significant discount, appears to be available in most markets where Apple runs an education discount program with some of the notable larger markets including Canada, Australia, China, Japan, the UK, and South Korea. The full list includes: