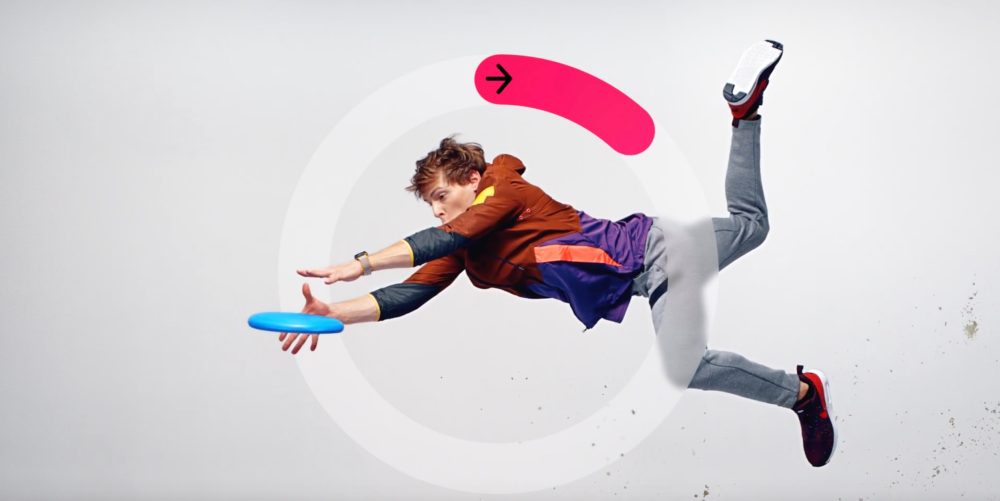 Apple today has shared a new ad for the Apple Watch Series 2 on YouTube. The ad, like much of Apple’s marketing for the device, focuses on Activity and is called “Close Your Rings.”

The ad is a fast-paced, 15-second ad spot that opens with slow-mo footage of Apple Watch users doing various tasks to fill their Activity rings. To fill the Move ring, the user is playing frisbee, while the Exercise ring is being filled by a swimmer. Last but not least, the more leisurely Stand ring is being filled by a father playing with his son.

The inclusion of swimming is notable as one of the selling points of the Apple Watch Series 2 over its predecessor is that it’s water-resistant. To go along with that enhancement, there are new swimming workouts in the Activity app, as well.

Apple’s newest Apple Watch advertisement comes after a handful of holiday-themed ads in what Apple called its “Go” series. Nike has also been independently advertising the Nike+ edition of the Apple Watch with an ad series starring comedian and actor Kevin Hart.

The new Activity-focsued Apple Watch ad can be seen below. Let us know what you think of it in the comments. Read our full review of the Apple Watch Series 2 here.