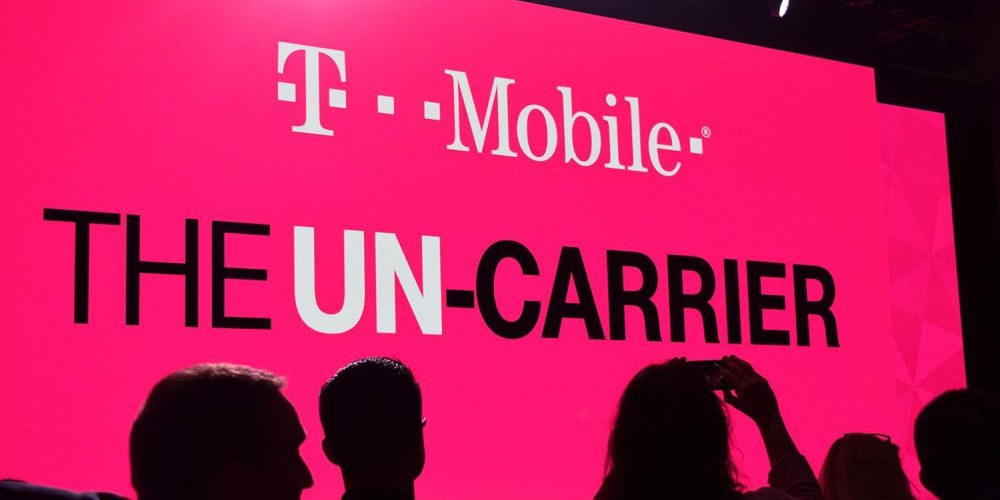 Just 24 hours after Verizon introduced its new “unlimited” data plan, T-Mobile is firing back by removing some of the restrictions placed on its own “ONE” unlimited plan.

T-Mobile CEO John Legere announced the changes in a series of tweets of tweets this afternoon, saying that the carrier was lifting the HD streaming and hotspot restrictions…

Verizon was sure to note in its announcement yesterday that its unlimited data plan didn’t put restrictions on hotspot usage or HD video streaming. In response to Verizon, T-Mobile announced today that, at no additional cost, customers on its ONE unlimited data plan now get 10GB of data for tethering. After that 10GB of tethering data is gone, users will still be able to tether at 3G speeds. Furthermore, T-Mobile ONE customers can now stream HD video with no restriction, as well.

Additionally, T-Mobile has introduced a new limited-time deal that offers two lines on its ONE unlimited data plan for $100 per month. Previously, the carrier had charged $120 for two lines. That $100/month price point is also $40 cheaper than two lines on Verizon’s plan.

All of these changes will be available starting thus Friday, February 17th at no extra charge.

T-Mobile announced the addition of HD video and 10GB high-speed Mobile Hotspot data to T-Mobile ONE – all at no extra charge – and all with monthly taxes and fees included. Right on top of that, the Un-carrier introduced a new offer of two lines on T-Mobile ONE for just $100.

In a statement, Legere explained that Verizon introduced its unlimited plan yesterday because its “back’s against the well.” Legere also noted that his next goal is to force other carriers to include monthly taxes and fees in advertised pricing, like T-Mobile already does.

“I don’t blame Verizon for caving. They just lost their network advantage, and they know it … and more importantly, more and more customers know it. Their back’s against the wall,” said John Legere, president and CEO at T-Mobile.

“This is what the Un-carrier does—drag the carriers kicking and screaming into the future. Next up, we’re going to force them to include monthly taxes and fees. Mark my words.”

Full details of T-Mobile’s new plan changes can be read here. All in all, it sounds like T-Mobile once again has the upper-hand, but time will tell as to whether or not Verizon fights back. 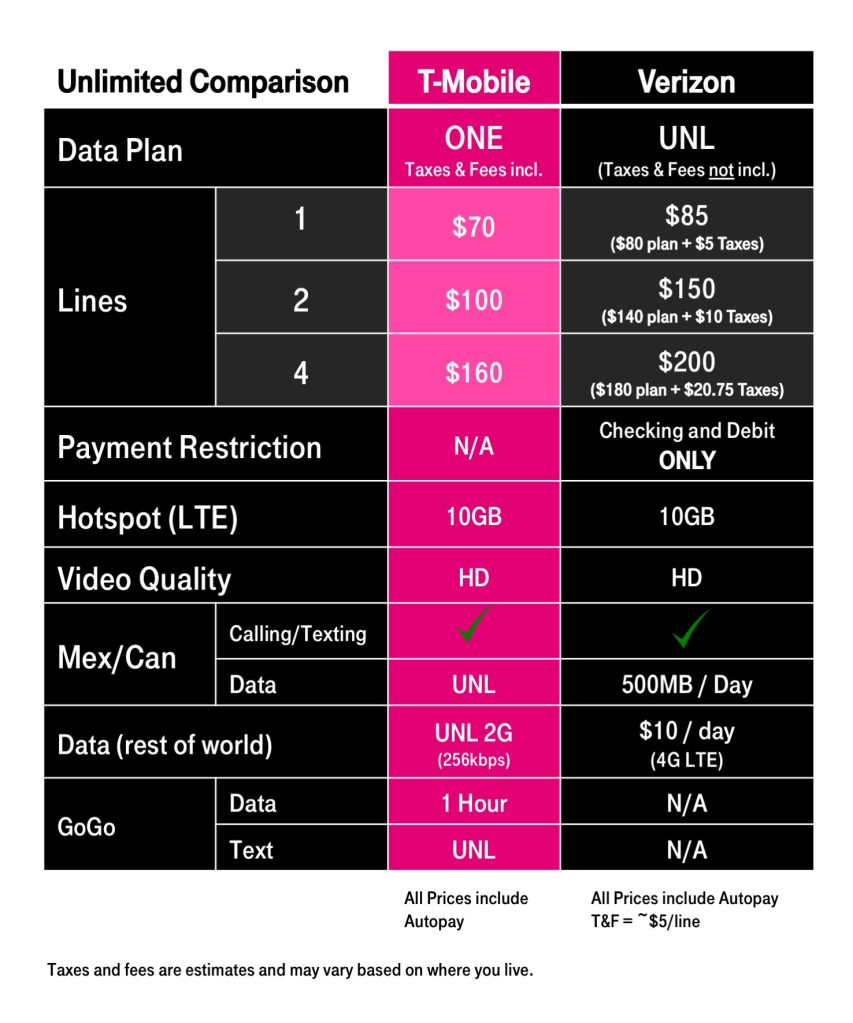