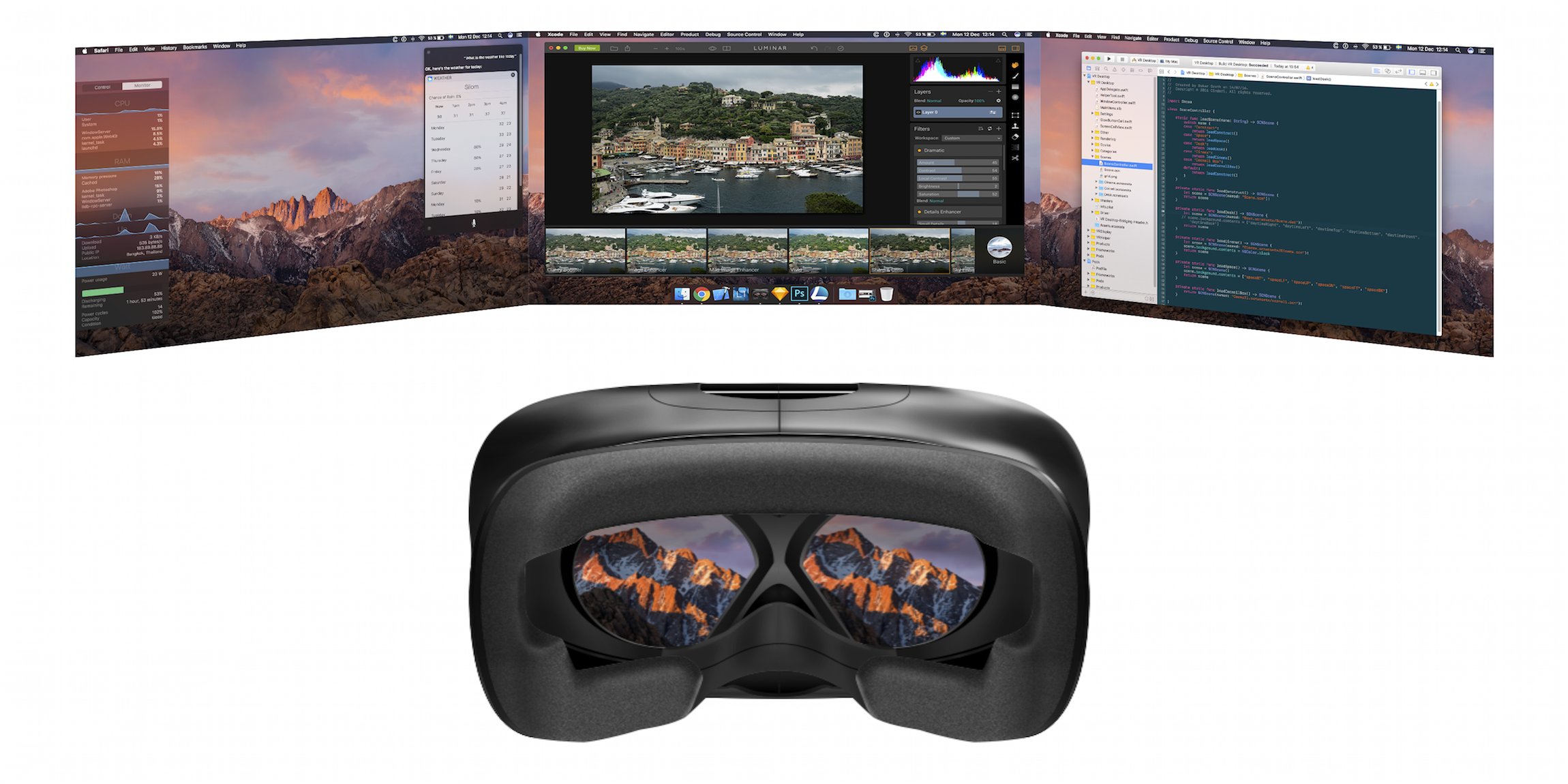 A new app from developer Cindori called VR Desktop for Mac provides a virtual reality experience of macOS using the popular VR headset Oculus Rift. The main idea of the project is to allow for a virtual multi-monitor workspace, meaning users can create virtual screens and interact with macOS using an entirely VR desktop.

For now it works in the Oculus Rift dev kit, but the company plans to later support other VR headsets, including the HTC Vive that could soon get Mac support.

Back in March of last year Facebook-owned Oculus said Macs wouldn’t be officially supported due to GPUs not meeting the company’s recommended specs for the platform. The company had originally planned to support Macs but in May of 2015 said it put development on hold to focus on Windows. For that reason, Cindori says it built a “custom state-of-the-art VR framework to ensure a smooth experience on any modern Mac with a discrete GPU.”

There’s been many naysayers ruling out Mac as a VR platform. We’re here to prove that Macs are capable of useful VR applications. VR Desktop works on modern Macs with discrete graphics cards.

In addition to the virtual multi-monitor set ups, it also allows custom virtual environments for movies and games, with the company providing the example of watching a movie inside of a cinema or playing games on “a giant curved screen in space.”

But for now the app currently requires Oculus Rift Development Kit 2 and macOS 10.11 or higher. The company does plan to eventually support the HTC Vive VR headset sometime this year and the consumer version of the Rift headset at a later date, but those two are dependent on official Mac support being added. On that note, unconfirmed chatter is that HTC is working on both Mac and Linux support already and could have it ready for release by Q1/Q2 of this year.

The VR Desktop for Mac app costs $19.99, but there is a free trial available at the website before purchasing.