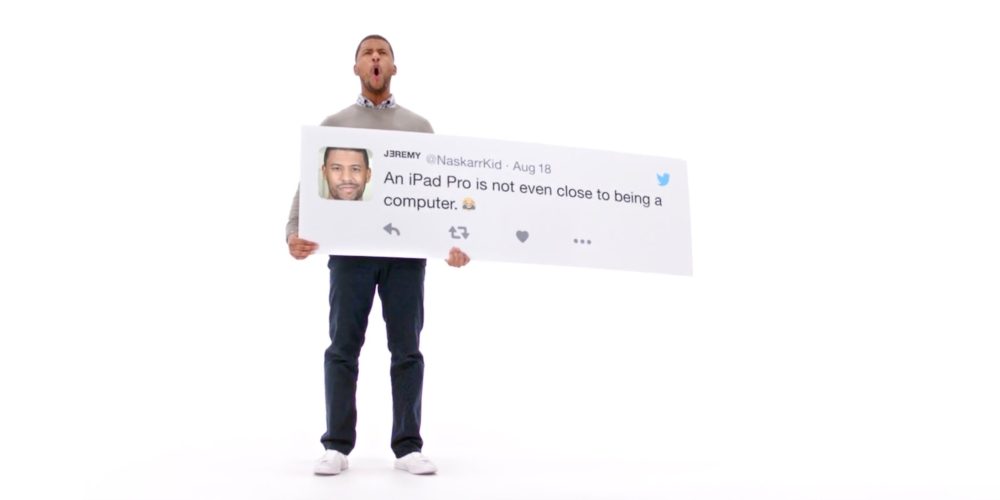 Apple has kicked off a new ad campaign for the iPad Pro that targets PC users skeptical of the tablet as a real computer. The new videos are quite different from recent advertisements from Apple and have a similar tone to Apple’s famous ‘I’m a Mac and I’m a PC’ ad era.

Each ad features tweets from PC users with a reason they don’t think the iPad Pro is right for them, then a voiceover answers the critique with details about what the iPad can do better than a PC. The focus of the first four ads involves LTE connectivity, no PC viruses, Word for iOS, and tablet features. Notice also that each ad features the iPad Pro Smart Keyboard and Apple Pencil.

Apple CEO Tim Cook has long pushed the idea that the iPad is a better solution for most people than Windows PCs:

Yes, the iPad Pro is a replacement for a notebook or a desktop for many, many people. They will start using it and conclude they no longer need to use anything else, other than their phones.

The new ad campaign centers around that very idea. Check out all four below: