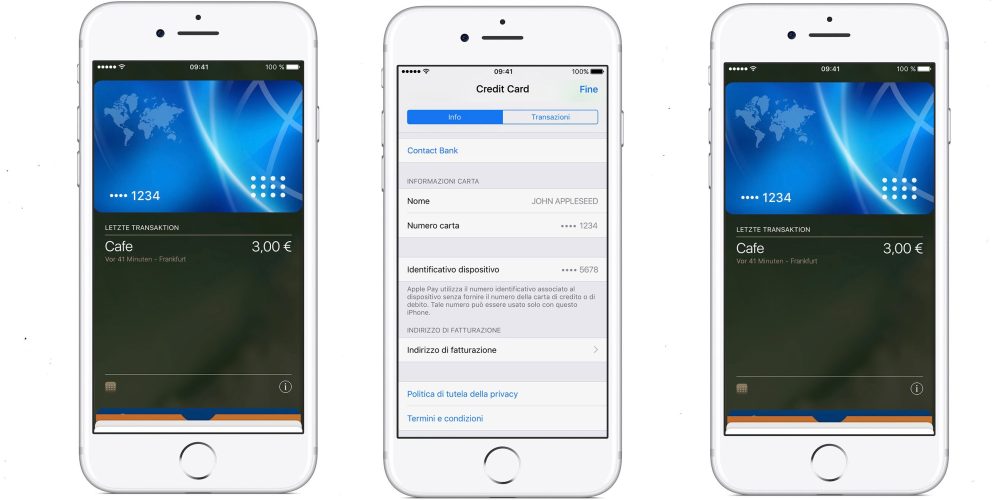 Apple Pay has slowly been making its way around the world, but there are still a variety of countries where the service hasn’t launched. Today, however, Polish website iMagazine discovered a handful of hints on Apple’s website that suggest Apple Pay may soon be coming to Germany and Italy.

This isn’t the first we’ve heard of Apple Pay potentially coming to Germany. In October of last year, Apple’s website in Germany accidentally housed a pair of German-langauge documents that suggested Apple was soon launching Apple Pay in the country. Those documents have since been removed, but over the last week, a pair of additional documents have been discovered for both Germany and Italy that include screenshots.

As noted by iMagazine, there’s a new “About Apple Pay” page available in both German and Italian languages and on each page is a screenshot showing a city for its respective country. The Germany page shows Frankfurt, while the Italy page shows Verona. Additionally, there are now Italian language and German language translations of the list of Apple Pay banks website, though there still aren’t any banks listed for either country.

While this could be another mishap on Apple’s part, the inclusion of screenshots for each country lends a bit more credence to these documents than the ones from last year. Nevertheless, wait for Apple to confirm anything before you get too excited. That confirmation could come as early as next month if rumors of an upcoming press event hold true.

Additionally, Apple today expanded Apple Pay to two additional banks in Australia. The company updated its ever-growing list of banks to include both ING Direct and Macquarie, which both now support Apple Pay in-store, in-app, and online.

The addition of ING Direct and Macquarie comes as Apple continues to battle the big Australian banks over details related to Apple Pay. Currently, Commonwealth Bank, National Australia Bank, and Westpac are all negotiating with Apple, though it appears that progress is being made.

The full list of Apple Pay banks can be viewed here. The service is currently available in 13 countries around the world.