One of the most iconic photographs of Steve Jobs shows him sitting on the floor in this Woodside, California home while holding the first Macintosh in his lap. On his wrist in that image is a very simplistic Seiko watch that has drawn a fair amount of attention, especially since the release of the Apple Watch.

Seiko has now announced plans to re-release the iconic watch…

The watch worn by Jobs, part of the Seiko Chariot series, is very simplistic in terms of design and that trend continues with the version that will be re-released. Seiko will be offering the watch in 33mm and 37.5mm sizes, with options for black and white dials. The band will be a simple black calf leather strap (via Hodinkee).

Notably, the very watch worn by Jobs in that image was auctioned off last year for $42,500.

The image was taken in 1984 by photographer Norman Seeff and is one of the most well-known pictures of Jobs. Jobs is seen sitting criss-cross on the floor with the Macintosh in his lap and the Seiko watch peeking out from underneath his sleeve. Here’s how Seeff described the process of photographing Jobs:

“We were just sitting, talking about creativity and everyday stuff in his living room. I was beginning to build a level of intimacy with him, and then he rushed off, and came back in and plopped down in that pose. He spontaneously sat down with a Macintosh in his lap. I got the shot the first time. We did do a few more shots later on, and he even did a few yoga poses – he lifted his leg and put it over his shoulder – and I just thought we were two guys hanging out, chatting away, and enjoying the relationship. It wasn’t like there was a conceptualization here – this was completely off the cuff, spontaneity that we never thought would become a magazine image.”

At this point, availability of the re-issued model from Seiko is said to be limited to the Japanese domestic market as it’s being re-released in partnership with Tokyo-based clothing designer and retailer Nano Universe. The watch will be released on March 10th and will run around $180 in USD.

While it will be challenging to get your hands on if you live outside of Japan, it’s a cool product that could perhaps come to additional markets somewhere down the line. 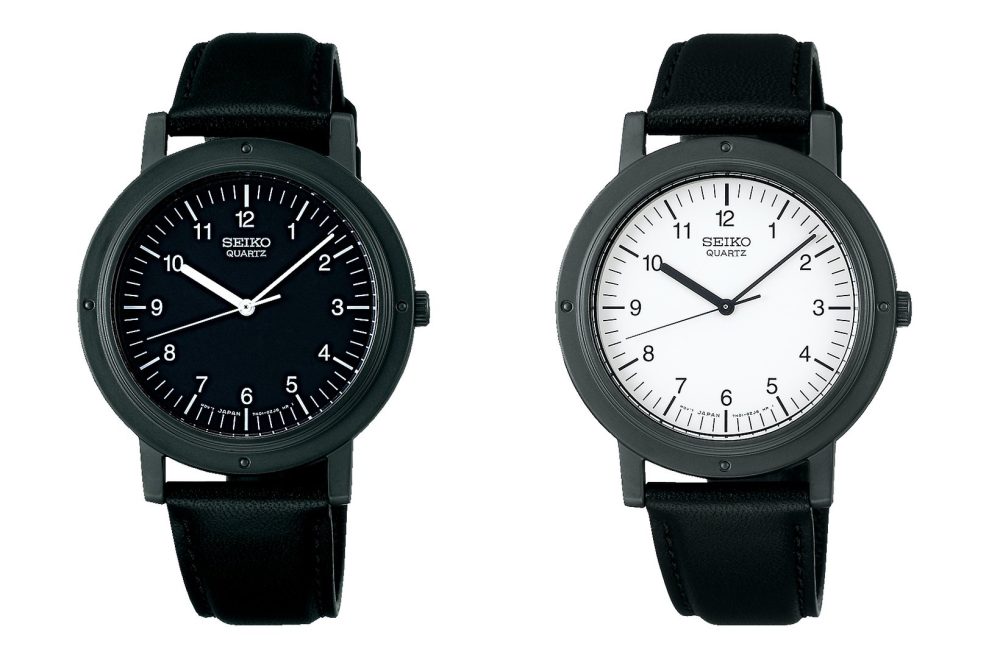