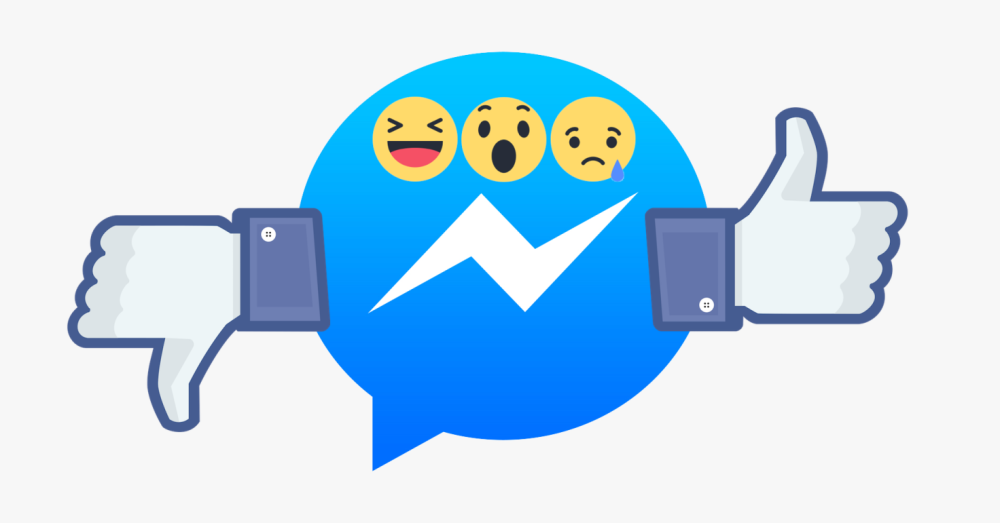 With the release of iOS 10 last fall, Apple introduced a host of changes to the Messages app, including a new reactions feature. This feature allows users to long-press on an iMessage and add a reaction like a thumbs-up or thumbs-down to it.

Now, Facebook is apparently testing a similar feature in its Messenger app.

As first noted by TechCrunch and later confirmed by Facebook, the new reactions feature in Messenger is similar to the expanded reactions that are available in response to posts in the Newsfeed.

What’s different about the reactions available in Messenger compared to the Newsfeed, however, is the inclusion of a Dislike button. This has been one of the most-requested features for Facebook, but the company has routinely said it would not add a Dislike button for Newsfeed posts.

Speaking to TechCrunch, however, Facebook explained that in Messenger, it sees the Dislike button as more of a way to say “No” to something.

It says people often use Messenger for planning and coordination, and it’s experimenting to see if reactions are helpful for quick logistics and voting

In order to add a reaction to a Messenger reply, you simply hover over the message and choose from the list of available options. From there, you’ll see your reaction and a total count of how many reactions that message has.

At this point Facebook says it is only testing reactions in Messenger with a small number of users on the web. If the feature is met with a positive response (or reaction), however, the company says that it will expand it to all users and presumably to all platforms, like iOS.

“We’re always testing ways to make Messenger more fun and engaging. This is a small test where we enable people to share an emoji that best represents their feelings on a message.” That means not everyone has access now, but if people enjoy it, Messenger Reactions could roll out to all users.

Messenger reactions are incredibly similar to what’s available in iMessage right now. For a full rundown of everything that was introduced to Messages in iOS, read our full breakdown here.