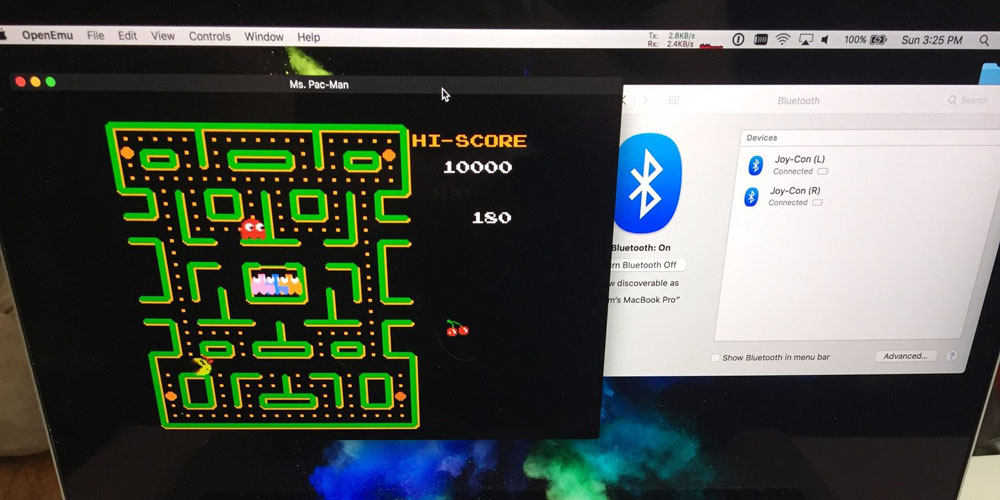 The Nintendo Switch seems to have been quite a hit, acting as both a home console when connected to a TV and a mobile console with its own LCD touchscreen while on the move. Developer Sam Williams has discovered that the Joy-Con controllers for the Switch have a potential third function: acting as Bluetooth controllers for a Mac.

Williams tweeted a photo showing the controllers being used in a PacMan game on a 2016 MacBook Pro.

By default, left and right controllers show up as separate devices, but Williams believes that a driver should enable them to be combined as a single controller. The joystick also appears to simply report nine different states, rather than providing values for an analog signal.

Another developer in the thread noted a potential fourth use for the Switch: when plugged into a MacBook, it acts as an external battery pack, charging the Mac rather than the behavior you’d expect (the MacBook charging the Switch).