Caption contest: What are Tim Cook and Sundar Pichai discussing in this image? 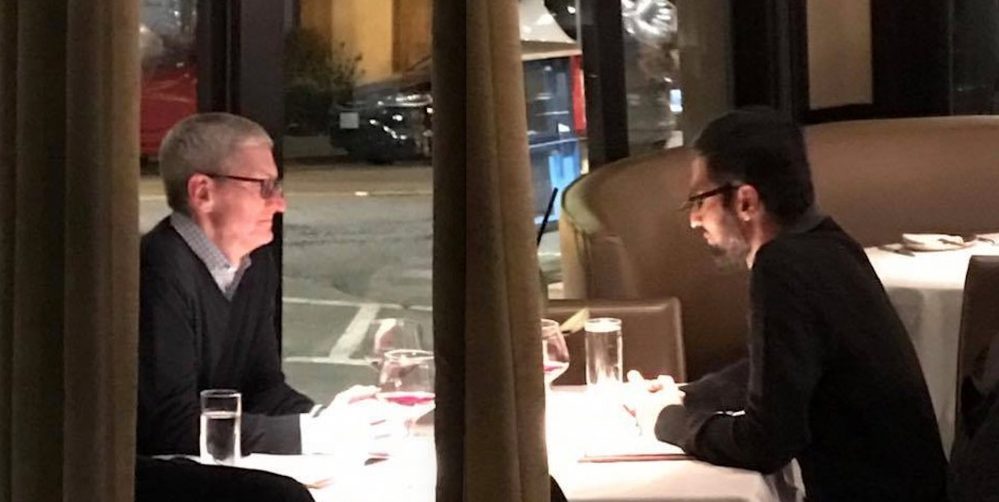 While often made out to be fierce competitors, Apple CEO Tim Cook and Google CEO Sundar Pichai recently shared dinner and a conversation together in Sillicon Valley. Images of the meal were shared on Facebook and discovered on MacGeneration.

The TMZ-like spy shot shows Cook and Pichai talking to one another over dinner, but not much else is known about the conversation. The two powerful executives have traded blows in the past, with Tim Cook calling Android a “toxic hell stew” and Pichai responding by saying Android is just a more popular operating system than iOS.

This is where we need your help: what do you think Tim Cook and Sundar Pichai are discussing in the image above? Have a go at a caption contest down in the comments, either submitting your own entry or upvoting another.