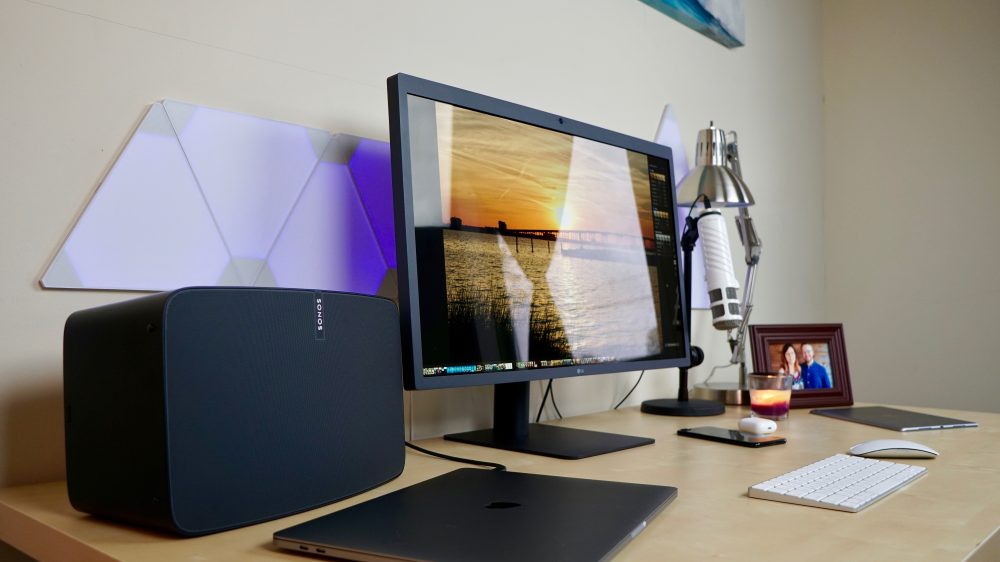 Earlier this year we reported issues with using the LG UltraFine 5K Display with new MacBook Pros near wireless access points including Apple wireless routers. LG acknowledged issues caused by poor shielding, inventory was pulled from Apple Stores, and revised hardware with proper shielding is now shipping and should be in Apple Stores soon. This week we got our hands on one of the new models with shielding improvements to put to the test and see if the issues have really been resolved…

Problems with the previous hardware were pronounced and consistently reproducible in our testing in January. Using the LG UltraFine 5K Display within a few meters of a wireless access point including Apple AirPort routers and Sonos wireless speakers made the monitor unusable and even caused macOS to crash in some instances. High bandwidth tasks like loading multiple Safari tabs and video calling also created issues even when wireless access points were further away.

The problem was caused by improper shielding that should have prevented wireless interference with the monitor, and the solution for affected displays required moving wireless routers and speakers to other rooms. That’s not always possible in every office environment, however, which made the display impossible to recommend. 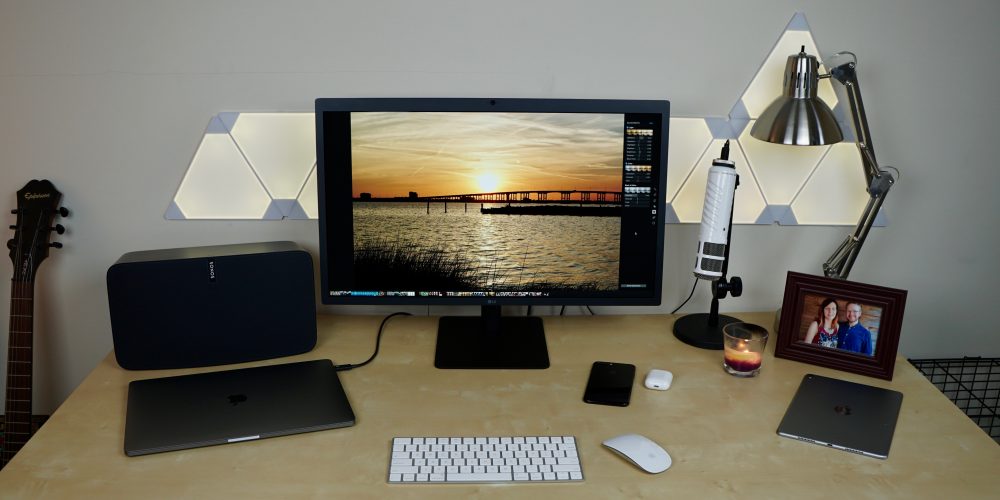 As promised, LG has retooled its hardware and reconfigured UltraFine 5K Display monitors are now entering inventory channels and even shipping to some customers. LG supplied 9to5Mac with an updated model to test and confirm that the previous issues have been resolved, and the results are positive.

Testing the new LG UltraFine 5K Display within close range of the Apple AirPort Extreme wireless router created zero issues with either the monitor or MacBook Pro with Touch Bar. The monitor would previously power on but not display anything when connected, which caused the MacBook Pro to freeze when connected. Connecting over the included Thunderbolt 3 cable this time created zero issues and everything worked as reliably as you would expect. 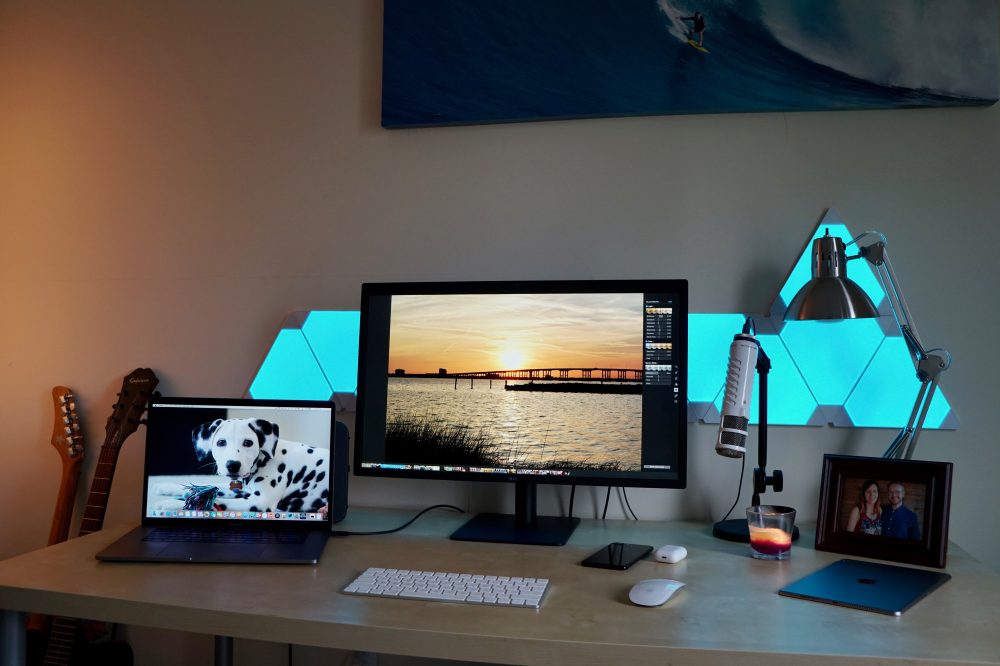 Before the LG UltraFine 5K Display experienced issues (although less frequently) when used near a Sonos Play:5 wireless speaker even when the wireless router was located in another room. Testing the new model from LG, there were no reproducible issues regardless of proximity between the monitor, computer, and speaker.

There were also no issues when testing bandwidth intensive tasks like large file downloads or refreshing multiple browser tabs. While these tasks didn’t create show stopping issues before, they did cause the display to flicker or freeze temporarily. The revised hardware showed no signs of performance issues under the same conditions. 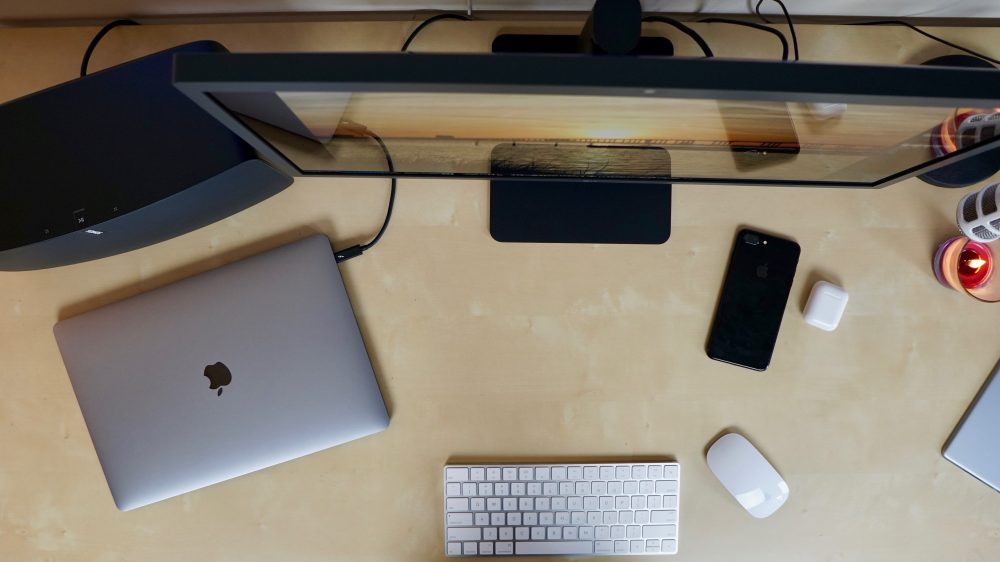 In my testing, the previous model also behaved extremely finicky when connecting and disconnecting the Thunderbolt 3 cable or using any of the USB-C ports along the back of the monitor. This is no longer the case with the reconfigured hardware with proper shielding. LG UltraFine 5K Display properly powers my Rode Podcaster mic when connected via USB-C to USB-B, iOS devices properly connect over USB-C to Lightning cables, and importing photos from an SD card in a USB-C card reader works without issue.

All of this is to say that LG has properly reconfigured the UltraFine 5K Display to work as expected regardless of proximity to wireless access points under normal conditions. For this reason, we can now recommend the LG UltraFine 5K Display as an external monitor with Retina resolution for the new MacBook Pro models.

With wireless interference issues resolved, I’m very happy with the LG UltraFine 5K Display as my external monitor solution for my MacBook Pro with Touch Bar. The high-res display matches the 5K iMacs in number of pixels, and the amount of screen real estate to work with is excellent.

I opted for the heavier 15-inch MacBook Pro over the 13-inch MacBook Pro this year because I appreciate being able to fit more on the screen at the same time, and the LG UltraFine 5K Display takes this to the extreme without having to buy a second Mac. I’ve managed notebook and desktop Macs in the past and it’s easier than ever now thanks to iCloud syncing features, but I prefer being able to use my MacBook Pro in clamshell mode with a Magic Mouse and Magic Keyboard then unplug it and go when I need to be mobile. 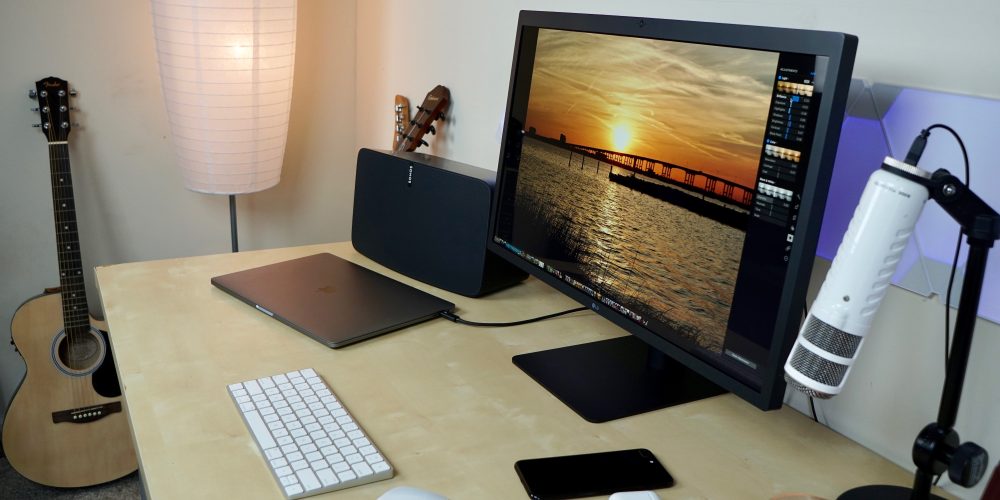 The LG UltraFine 5K Display also has better speakers, a higher resolution camera, and a built-in mic that all work over a single Thunderbolt 3 cable. Just power the LG UltraFine 5K Display into the wall with its power adapter, connect the MacBook Pro over the included Thunderbolt 3 cable, and now you can put your MacBook Pro’s power adapter in your bag as your travel charger.

Now that the hardware has been revised and works properly under all conditions for me, I can easily recommend the LG UltraFine 5K Display for MacBook Pro owners. The display quality matches 5K iMacs although the casing is totally an LG creation, but the style doesn’t look out-of-place with other accessories on my desk so it’s not so bad.

Apple currently discounts the LG UltraFine 5K Display to $974 through March 31; the regular price following the end of this month will be $1299.