LG UltraFine 5K Display, Apple’s external monitor solution, can become unusable when near a router [U] 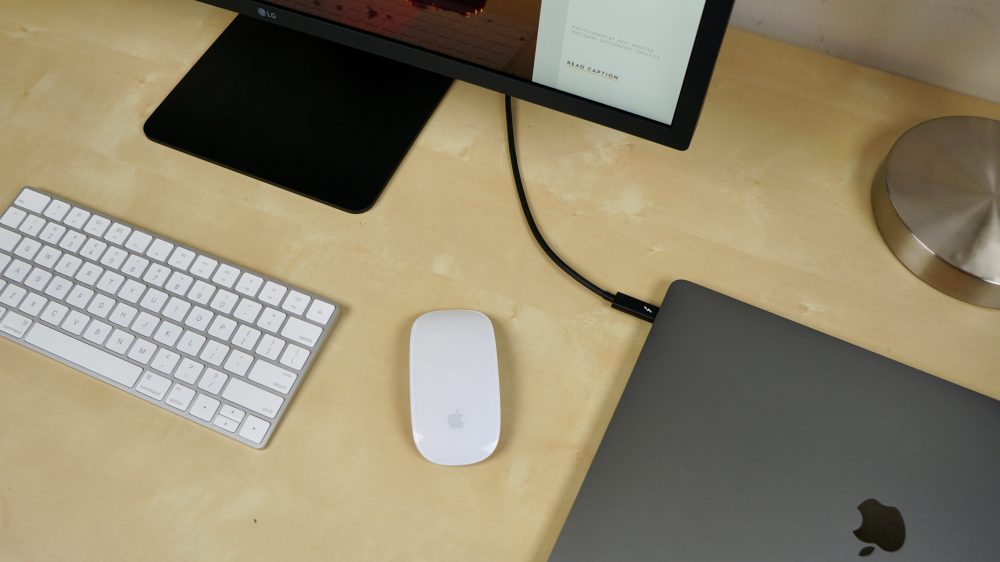 LG UltraFine 5K Display has a critical usability issue, however, that doesn’t affect other external monitors: the hardware can become unusable when located within 2 meters of a router.

For Mac users, LG UltraFine 5K Display is the closest thing to a modern Apple Thunderbolt Display. Apple introduced the LG monitor at its MacBook Pro event back in October and said the two companies collaborated on its creation.

The screen measures 27-inches diagonally and can display 2560 x 1440 like the Thunderbolt Display but at Retina resolution so the screen is super sharp.

There are other high-resolution external displays that work with new MacBook Pros, but LG UltraFine 5K Display is the closest thing to a modern Thunderbolt Display for Mac users.

Right out of the box, UltraFine 5K Display was hardly usable as it would consistently disconnect and even freeze my MacBook Pro which made it unusable for work on Thursday and Friday. Connecting it to my MacBook Pro consistently resulted in needing to reboot my machine to continue working.

My MacBook Pro is primarily used in my home office where my router (latest Apple AirPort Extreme) is also located. A review for the LG display on Apple’s website clued me in to the router potentially being the issue.

Support responded by recommending I use the monitor away from a router as they can cause performance issues with this monitor.

I moved my router from the office to the living room and tested UltraFine 5K Display with my MacBook Pro on my desk and found that it stayed connected  in this spot for the first time.

Since moving the router to another room, UltraFine 5K Display has remained connected without issue.

Before purchasing LG UltraFine 5K Display, I was not aware of performance issues when used near routers. The display manual mentions in the warning section to install UltraFine 5K Display “where no Electromagnetic Interference occurs” without specifically mentioning routers.

Using a router near a MacBook and external display is likely common, however, so be aware of this issue if you’re experiencing problems yourself or considering purchasing UltraFine 5K Display.

LG support says the router issue only affects its 5K monitors and no other LG displays. Without more 5K monitors on the market to test, it’s unclear if this limitation will be hardware specific or an issue in all external 5K displays coming soon.

It’s not a major issue for me to have the router located in the living room rather than the office, although some homes or workspaces may not be able to reasonably accommodate the 6.6-feet distance needed to ensure reliable performance.

The bigger problem for new customers is knowing why UltraFine 5K Display may not be working properly when used near a router.