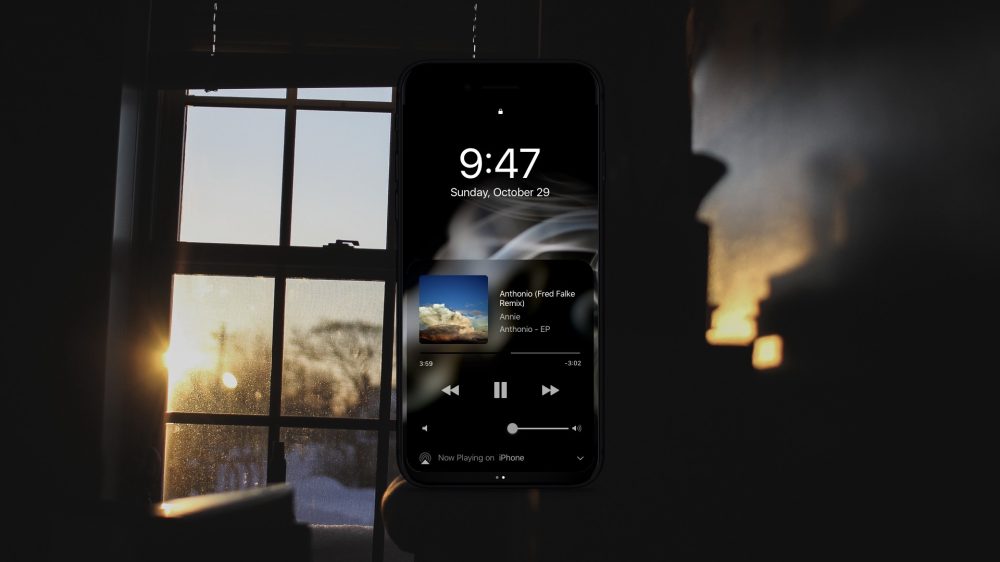 Yesterday, we rounded up everything we currently know about the iPhone 8, including the expected nearly bezel-less design and OLED display. One of the biggest benefits of OLED vs LCD is the deeper black that it can provide, which would pair almost perfectly with a “Dark Mode” in iOS.

Now, designer Vianney le Masne has imagined what the combination of a Dark Mode, OLED display, and bezel-less design could mean for app developers and designers…

le Masne explains that a Dark Mode can’t just be about inverting white and black pixels, especially with the experience that a bezel-less OLED display has the potential to create.  The designer notes of how a Dark Mode will smooth the contrast between the edge of the display and the bezel, creating a seemingly borderless design:

Going dark will massively smoothen contrast between the edge of the screen and the bezel. In fact it will be indistinguishable as the OLED empowered pixels will not emit any light, which regular screens do.

Additionally, when creating Dark Mode designs, le Masne says that developers should start work from a dark slate, rather than a blank slate. This will allow for the edges of the interface to be dark and thus blend in perfectly with the OLED display and edges of the device.

What this means for UI designers will be that you won’t start from a blank art board in sketch, working your way down from top left to bottom right, but rather from a dark slate, in the centre working out towards full black.

le Masne’s mockups do a really good job of illustrating what he explains. The combination of a black phone, with an OLED display and a Dark Mode design looks pretty stunning. It really does look like there is no bezel at all, but rather that the interface just slightly fades away at the edges of the device.

As you can see in some of the mockups below, the so-called function area at the bottom of the interface almost ensures that the entire display will be used to its full capability. The only unusable portion of the front of the device in these mockups is the top bezel, which houses the earpiece. Because of the Dark Mode, however, even that bezel blends in nicely with the overall design.

View some of le Masne’s mockups below and read his full explanation post on Medium. Let us know what you think of this concept in the comments.