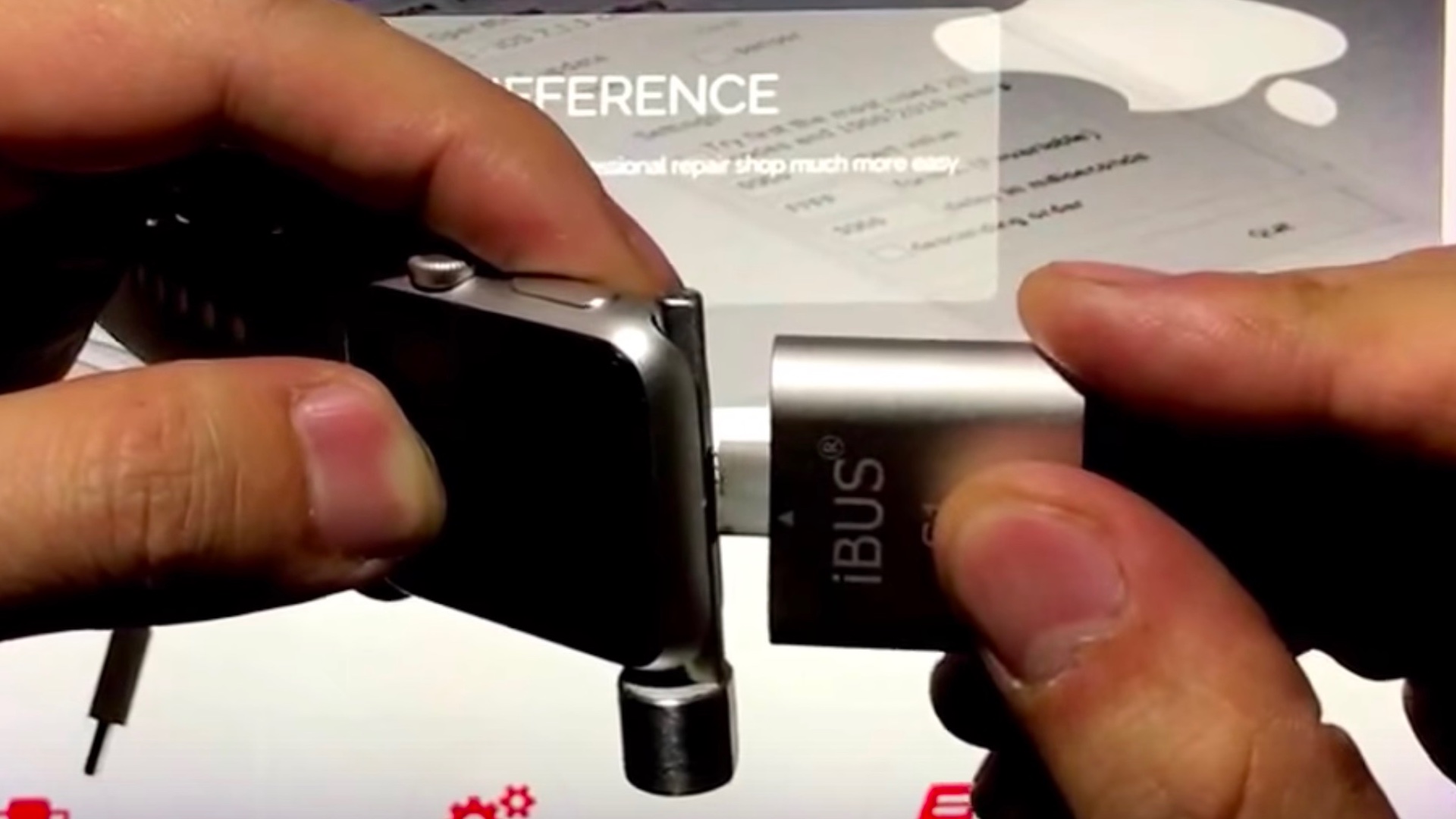 Up until now if you experienced problems with the software on your Apple Watch and the standard OTA method didn’t work, you were forced to visit an Apple Store to resolve the issue. In fact, I have a first-gen Apple Watch sitting on my shelf right now that I’ve not used for the past six months because I haven’t bothered to schedule an appointment at the Genius Bar.

The folks over at MFC claim to have a limited solution to this problem: the iBus Data Cable — a small little dongle that attaches to the maintenance port nestled inside the band reservoir on the Apple Watch. Many Apple Watch users probably have no inkling that such a port exists, but the team at MFC have engineered a dongle to take advantage of the I/O provided by this port to facilitate watchOS restores.

The iBUS comes with two parts — a pilot pin that slides into the lug port and connects to the maintenance pins on the Apple Watch, and the iBUS Data Cable adapter, which attaches to the pilot pin and features a Lighting cable on the opposite end for connecting to your Mac. 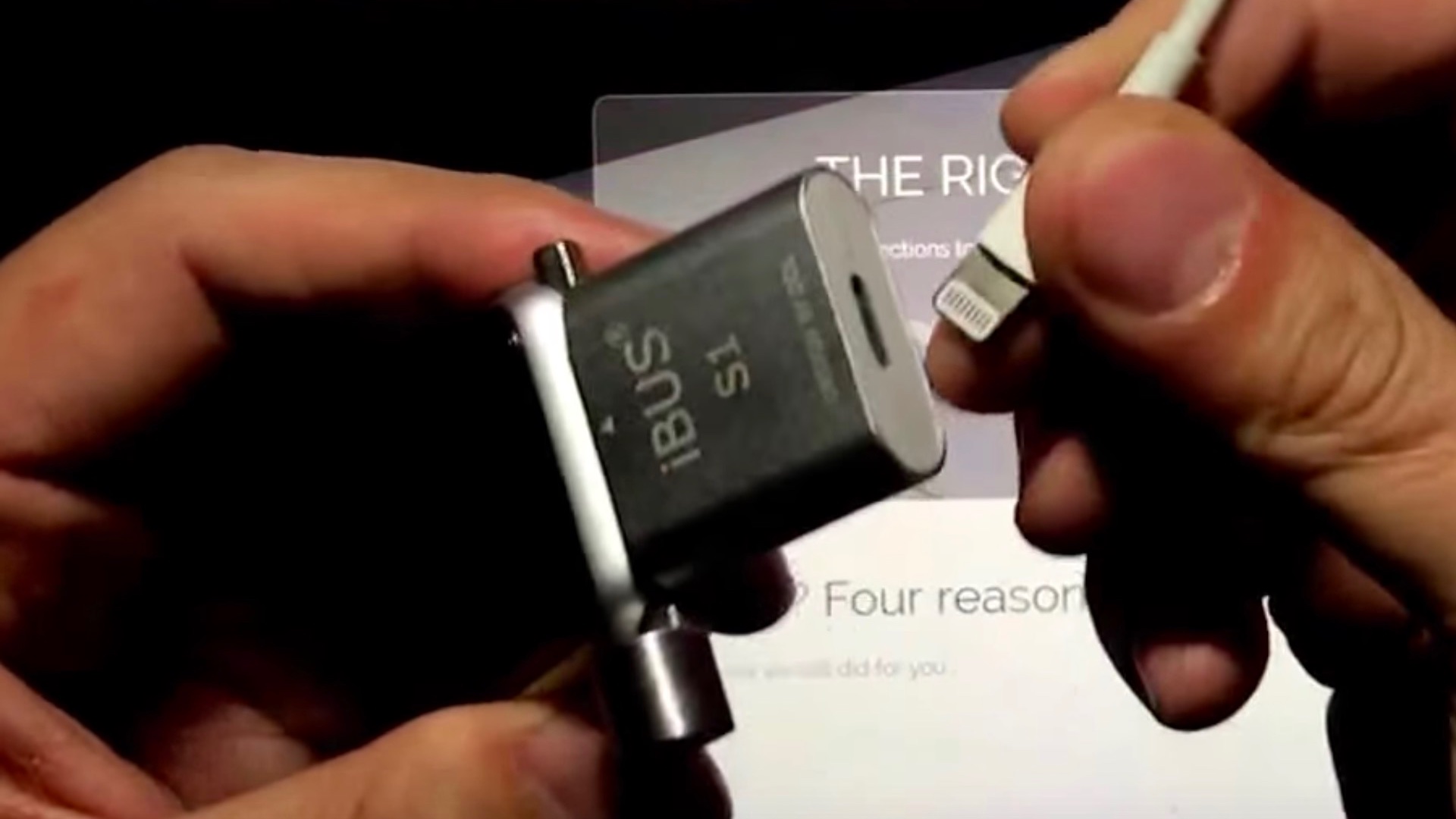 But before you pull out your credit cards to order an iBUS, know that its scope is quite limited at this time. First and foremost, MFC claims that the iBUS only works with the Apple Watch Series 1, which means that my sad little first-gen will remain on the shelf for the foreseeable future.

The iBUS is also limited in that MFC doesn’t generally provide the necessary IPSW software files (there are a couple of firmware links that you’ll find in the comments on MFC’s website) used to restore an Apple Watch. If it were an iPhone or an iPad this wouldn’t be an issue, but since Apple only makes OTA files available for the Apple Watch, you’ll need to devise some method to acquire the full software files to restore your Apple Watch to the desired version. That, too, brings up another issue — Apple must be currently signing the software files in order for a restore to work with that particular file. 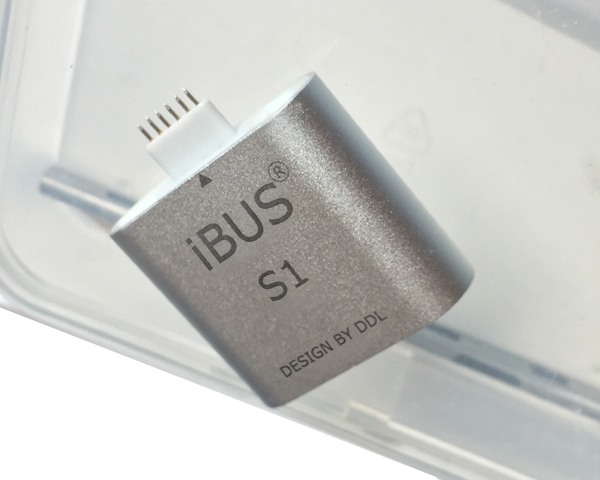 As you can see, there are a lot of gotchas when it comes to using the iBUS, but if you have the right Apple Watch and a full software file that’s still being signed, restoring the Apple Watch seems fairly straightforward. You simply connect the iBUS to the maintenance port on the Apple Watch, and connect the USB cable from a Mac to the iBUS. From there it’s just a matter of opening iTunes and restoring the software like you would an iOS device.

We’ve not yet been able to test the iBUS, but have reached out to MFC for a sample unit for future experimentation. If you’re interested, and are fully aware of the device’s limitations, you can visit MFC’s website to order an iBUS for $90. Or you can save that money and do like any normal person does when their Apple hardware has issues: just visit the Genius Bar.