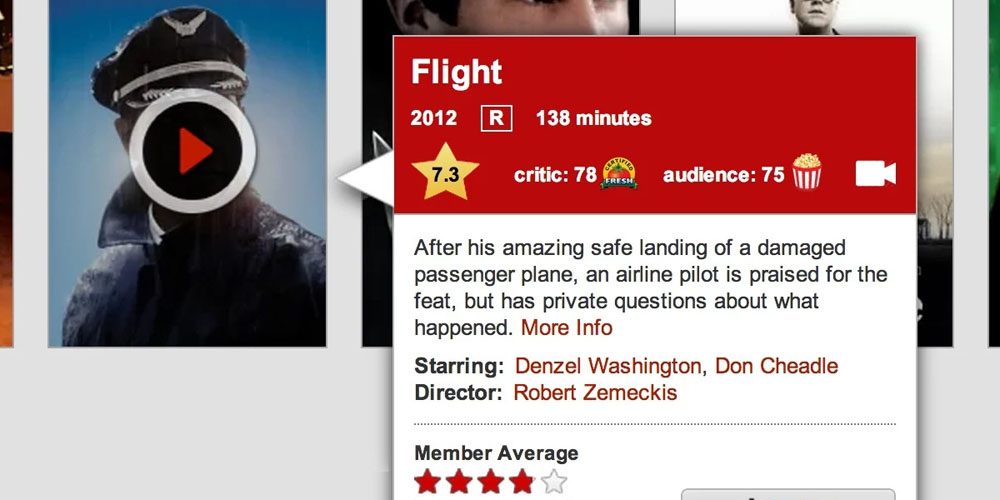 Netflix users will no longer be able to assign star ratings to the films and shows they have watched, reports FastCompany, as the streaming service switches instead to a simply binary like/dislike system. The change is said to be happening ‘in a few weeks.’

While the move makes little sense on the surface, providing far less scope to provide the feedback that drives future recommendations, Netflix claims that the stars we award are less relevant than we might think …

Netflix’s VP of product innovation Todd Yellin said that the company used behaviour more than star ratings to decide which shows to recommend.

Yellin gave the example of an Adam Sandler movie that someone might give three stars to, but then watch repeatedly, versus a foreign-language documentary that might receive five stars but the person watches only once. In that case, they’d “be rating for the quality and what you’d want to project out there,” Yellin said, versus what they actually spend time watching.

Netflix also said that tests of the simple thumbs up/down system showed that twice as many people bothered to rate what they had watched.

The company will also indicate how likely it thinks you are to enjoy one of its personalized recommendations by displaying a percentage match.

The feature will show how good a fit a title is for a user. For example, high matches may receive an 88%, whereas a less ideal match might get a 60%. Content that receives less than a 50% match won’t be displayed.

It will be interesting to see how the new system compares. To me, it sounds like dumbing-down the service for those who use the star system intelligently to meet the needs of those who misuse it or don’t use it at all …