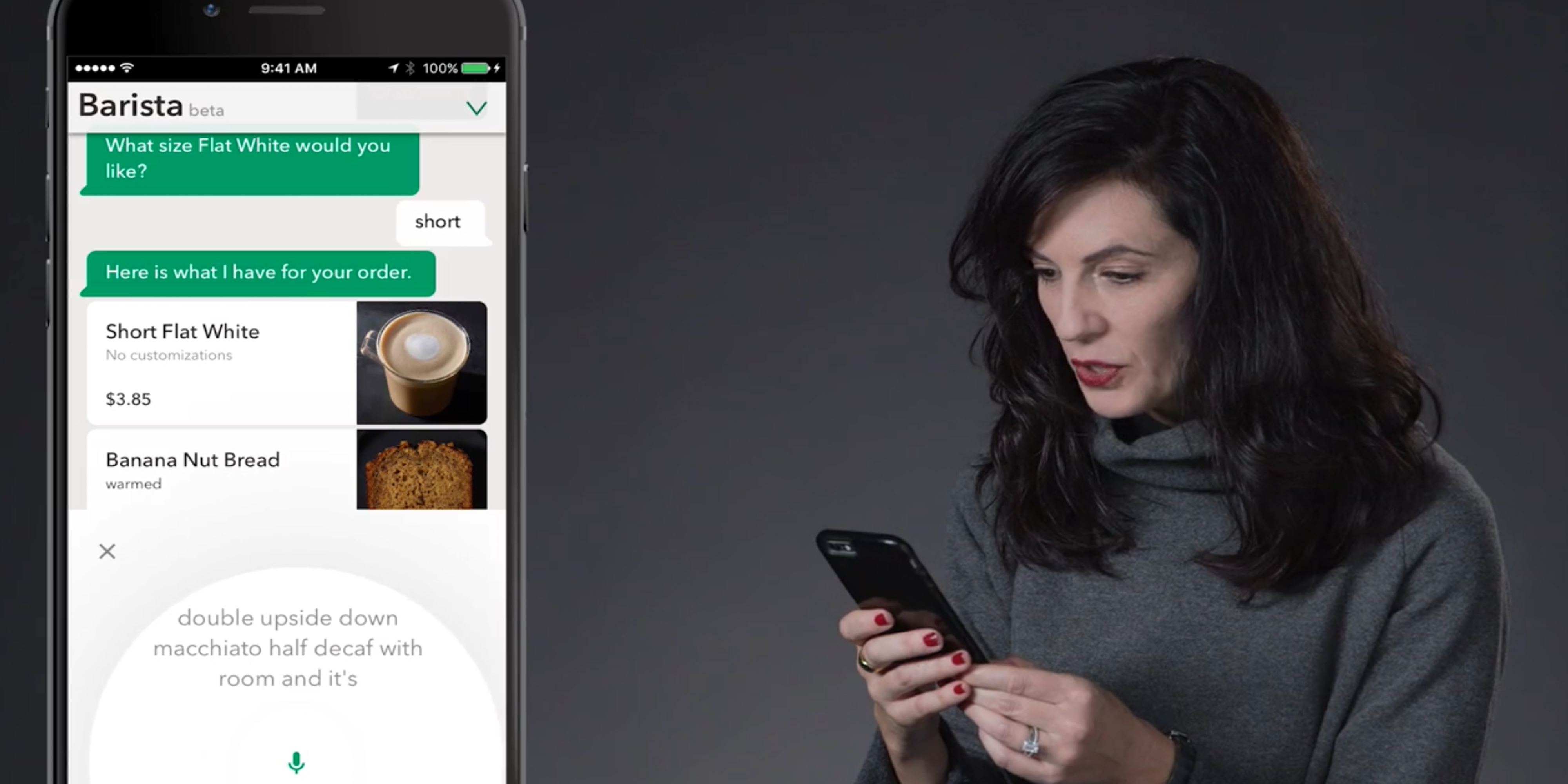 During its annual shareholders meeting today, Starbucks announced that it will soon allow customers to send gifts through Apple’s Messages app and Apple Pay. The new functionality will arrive for customers in April alongside Microsoft Outlook integration that will similarly allow users to gift beverages through the app.

In addition, the company announced that it’s expanding the My Starbucks barista feature it first launched earlier this year to let customers order with voice commands and messaging:

Starbucks also shared more details on the expansion of My Starbucks® barista, now available to more than 100,000 customers across the U.S. Powered by groundbreaking Artificial Intelligence for the Starbucks Mobile App, customers can now place their orders via voice command or messaging interface, delivering speed and convenience. Starbucks continues to deliver innovation that enhances customer loyalty and engagement and further extends the accessibility of the Starbucks® Mobile App. The My Starbucks® barista is currently rolling out to iOS customers with Android™ users being added in subsequent releases.

As part of its digital announcements, the company also noted it will soon have Amazon Alexa integration in Ford vehicles, allowing users to order drinks from their cars with voice commands while driving.

The company didn’t explain exactly how the new gifting feature will work, but we assume they will be launching a new iMessage app or integration with the existing Starbucks app in some way. Update: The feature will be an iMessage extension of the existing iOS app.

Starbucks has an iMessage sticker pack app, but otherwise the My Starbucks barista, Apple Pay and other functionality is built into its main Starbuck mobile app. That app already lets customers send gift cards that can be redeemed within the app or via email, but the new Message gifting feature is expected to launch sometime next month.