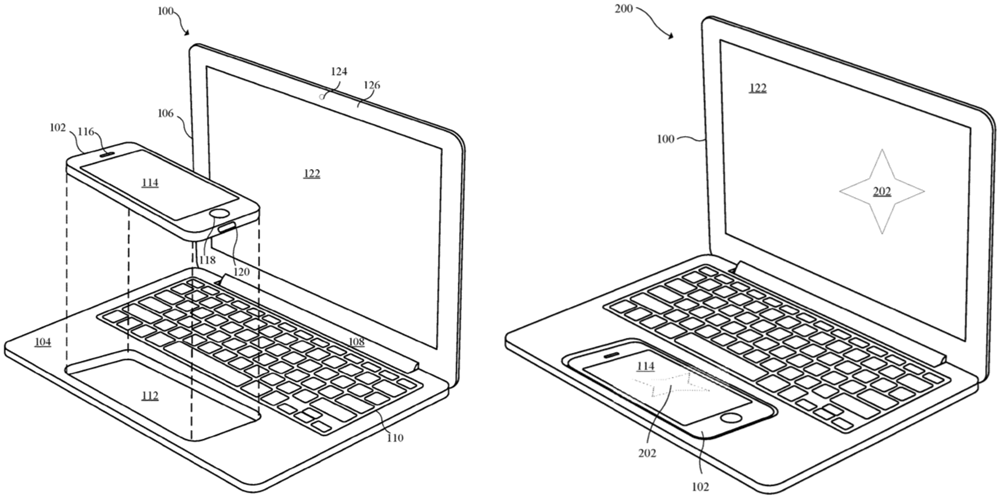 As perhaps further evidence of Apple exploring ways to make its entry-level products more affordable, a patent published today describes using an iPhone as the brains of a MacBook-style dumb terminal. As usual with patents, the language is dense, but the illustrations make clear the concept.

The idea itself is not a new one, and is similar in essence to a currently-available HP product …

The HP Elite x3 Lap Dock uses the same idea of a smartphone inserted into a slot into a laptop-style dumb terminal. In that case, the phone slides into a slot beneath the keyboard of the $600 device, while the Apple patent takes the idea one stage further, the iPhone acting as a trackpad.

From the illustrations, it appears that the terminal would look very much like a MacBook, Apple Insider noting that aluminum was mentioned as an ideal material for the device.

While the primary idea is for the keyboard and screen unit to be a completely dumb terminal, the iPhone doing all the work, the patent does also describe the possibility of incorporating a GPU into the device to help power the larger display.

A separate idea in the same patent shows an iPad slotting into the upper casing of a MacBook style device, the iPad in this case acting as the display as well as the brains. This idea is less interesting, not different markedly from existing keyboard cases, though the addition of a trackpad would deliver a more Mac-like experience. 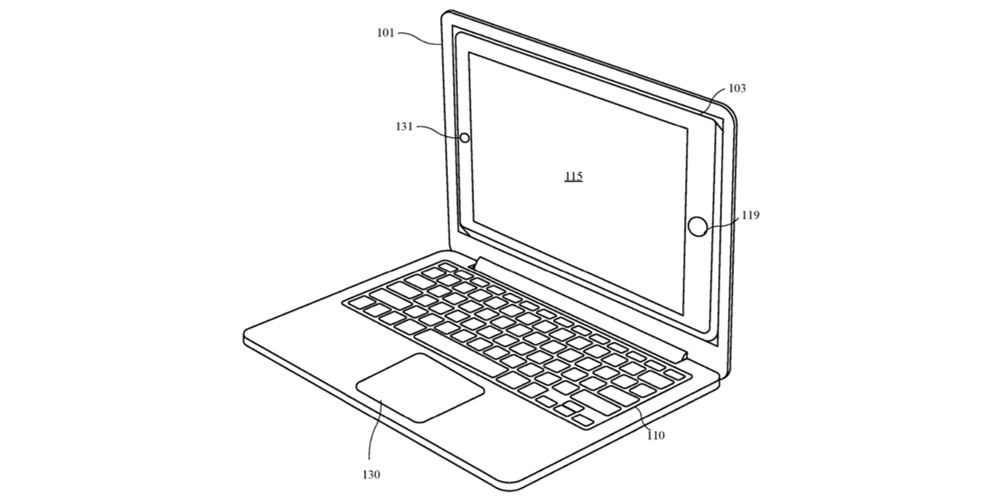 In both cases, it would mean the device would be running iOS rather than MacOS.

The patent, first published today, is a relatively recent one, first filed in September of last year.

We of course include our usual disclaimer that the vast majority of Apple’s numerous patents never make it into products, but this is certainly an intriguing idea. Does it appeal to you? Let us know by taking our poll and sharing your views in the comments.