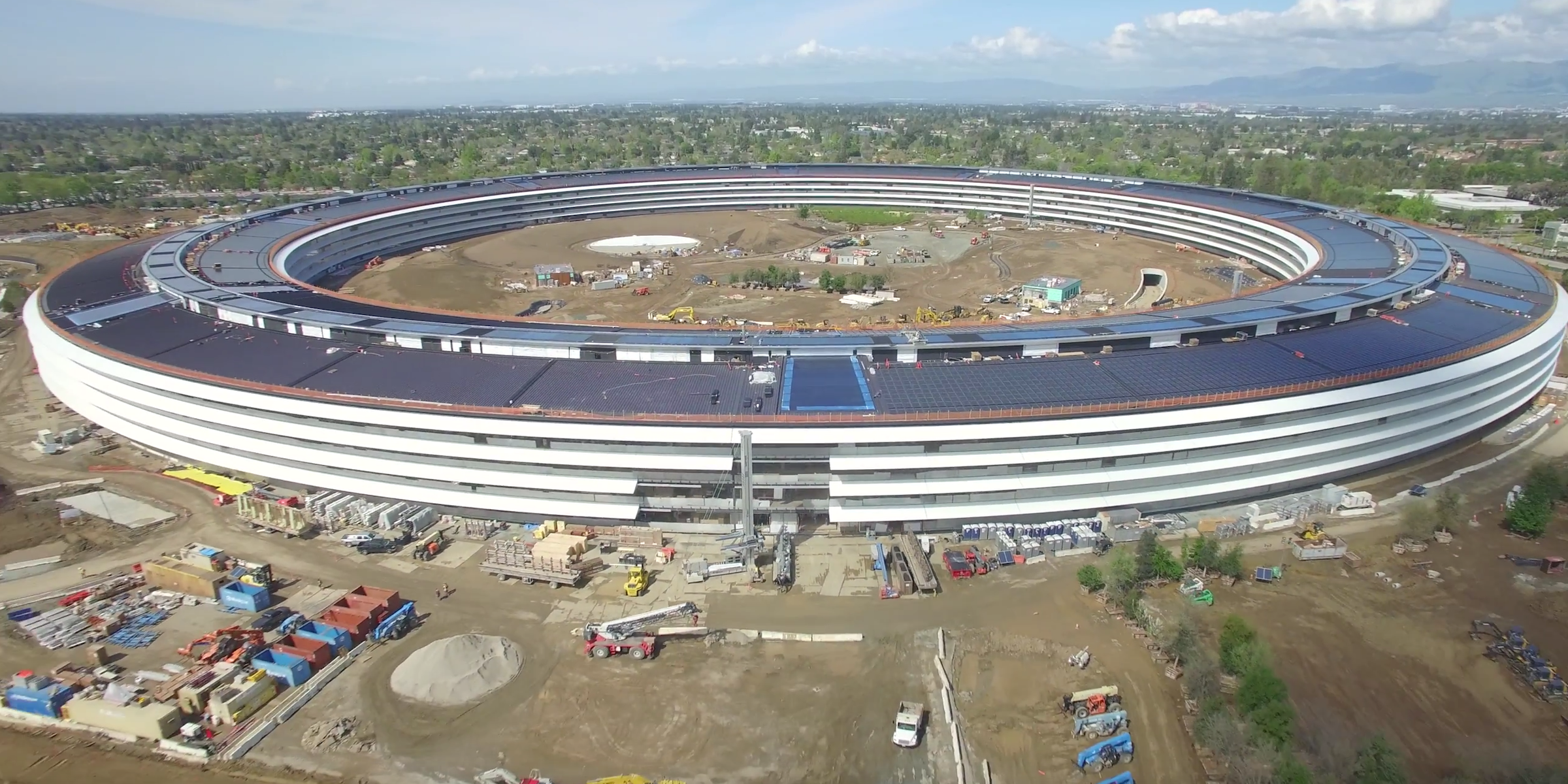 Apple’s new under-construction 175 acre campus, now officially named Apple Park, is nearing completion ahead of an expected grand opening next month. The latest look at the site comes today via a drone flyover courtesy of Matthew Roberts (below), which shows progress made on the site in recent weeks including continued work on landscaping, solar installations, and other finishing touches. There are even signs of life at the new campus already with office chairs, tables and other equipment being set up inside…

Apple announced that it would begin moving in employees to the site sometime next month when it officially unveiled the Apple Park name back in February, but it’s clear that the process has already started with at least office equipment. It also named the site’s underground 1000 seat auditorium the “Steve Jobs Theater,” the venue that’s expected to host future product unveilings and Apple events.

In today’s flyover, Roberts notes that office chairs and tables are now visible inside of some buildings including the R&D facility separate from the main circular building (pictured below): 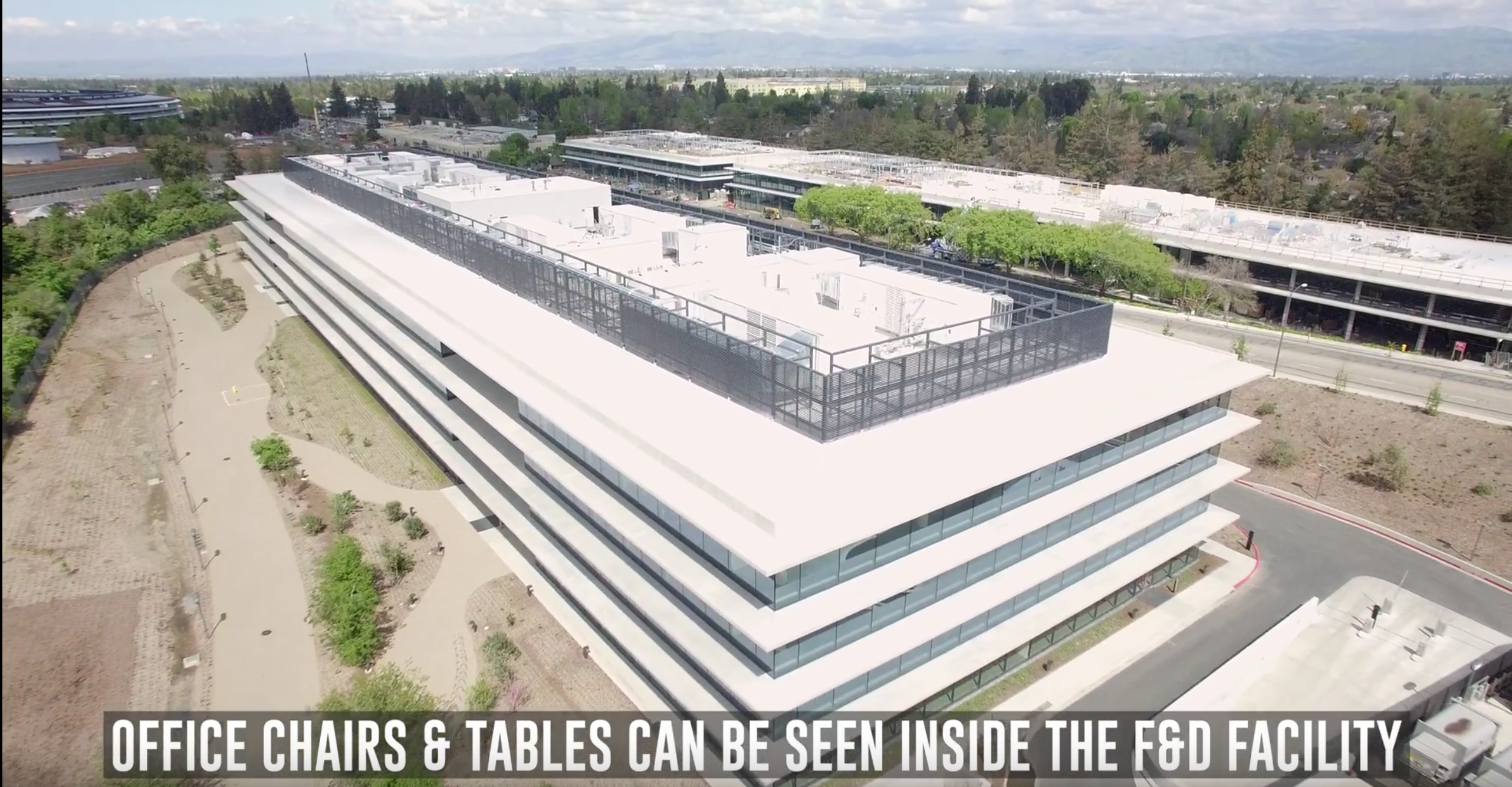 While there were earlier rumors Apple could hold an event at the new campus and theater early next month, possibly to unveil new iPad models, we noted that it looks unlikely following the last drone flyover of the site earlier this month. Of note, in today’s drone flyover, it’s clear there is still a lot of landscaping and finishing work to be done on at least the theater’s entrance before it’s suitable to host a public event.

Following the event rumors, Apple introduced its new iPad alongside other product updates without an event last week. It’s still expected to introduce a refreshed iPad Pro model soon, according to supply chain chatter, but it’s unclear if Apple will host a spring event as usual or if last week’s product announcements were in place of one.