As we wait for Apple to finish the real thing, watch a Minecraft tour of Apple Park now [Video] 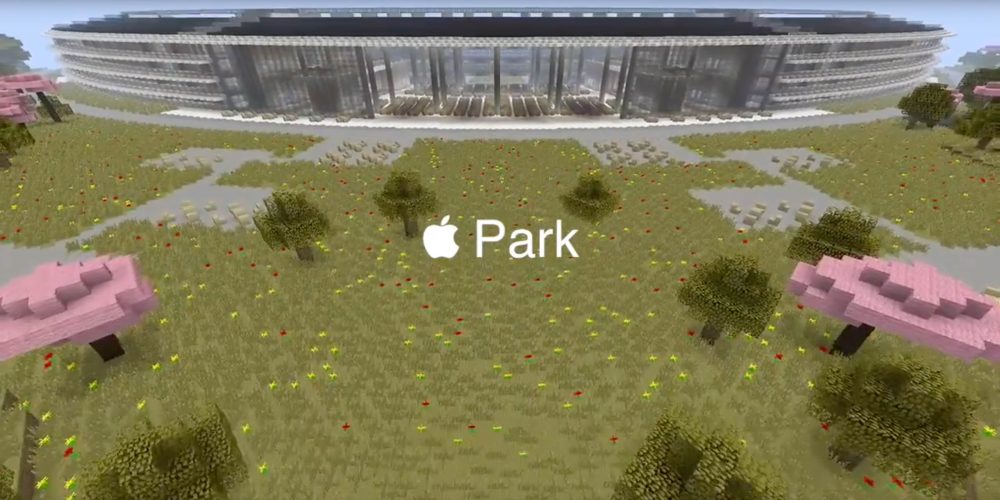 Apple is set to start moving employees into its new Apple Park campus this month. Throughout the construction process, we’ve seen a variety of looks at the construction process, mostly via overhead drone footage. Now, we’re getting a different look at Apple’s new campus courtesy of Alex Westerlund, who designed the entire Apple Park campus in Minecraft…

While we saw preliminary takes on this idea earlier this year, Westerlund’s newest video of the project shows the entire campus in its completed state. He explains that the project took him a total of 413 hours of work, first starting as a hobby then turning into a full-time commitment.

He also notes that it was a challenge because of the spaceship ring design, which was hard to recreate with the Minecraft cubes. Everything is also completely accurate based on construction plans and topographical maps of Cupertino.

My humble tribute to Apple, I present Apple Park! After 413 hours of work starting in December 2015, here is the result. It started out as a simple project, something to do when I binged on Minecraft, but it slowly evolved into a full time project, with over 166 hours of work put in during the final month of the project.

What drew me to this is my appreciation for end to end design and a crazy idea in my head that said ‘Hey let’s build the world’s curviest campus in a video game based on cubes.’

Throughout the video, you can see nearly every aspect of Apple’s new campus, including the fitness center, Steve Jobs Theater, atrium, cafeteria, solar power cells, and much more, all in Minecraft-form.

Check out the full video tour of the Minecraft Apple Park below. For old time’s sake, watch our creation of Apple’s Infinite Loop headquarters in Minecraft here.