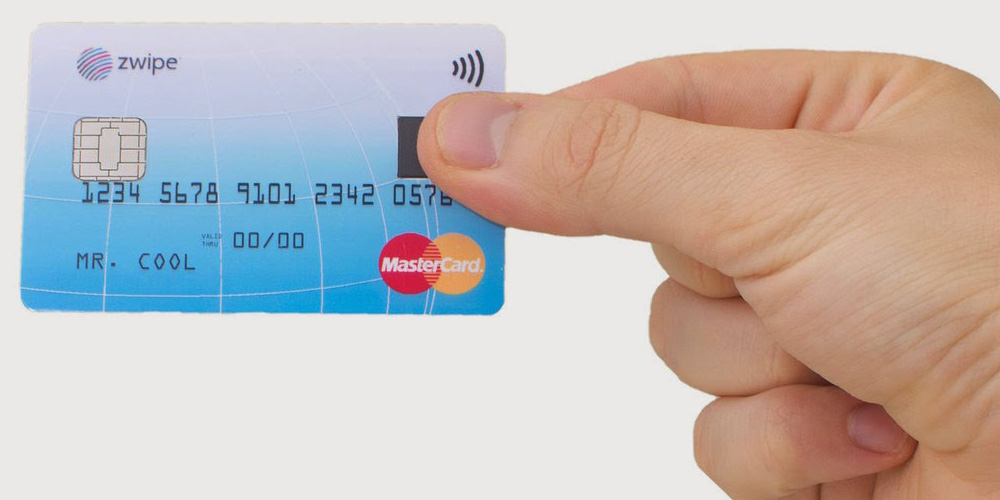 In a move seemingly intended to keep physical payment cards relevant in the age of Apple Pay, Mastercard has been running pilot trials of credit and debit cards with an embedded fingerprint reader. The company says that the cards require no power, and are no thicker than standard cards …

Mastercard told CNET that the cards draw power from existing terminals, which do not require any hardware or software modifications to use the technology.

No need for a PIN or signature or a new payment terminal. No need for batteries in the card either, since the card can harvest power from existing terminals. Also, the new cards are just as thin as existing plastic cards.

However, the cards don’t appear to offer the same level of convenience or security as Apple Pay. Cardholders will have to visit a bank to have their fingerprint read, and it is the card company that programs an encrypted version of the fingerprint data into the chip on the card. With Apple Pay, no outside party ever has access to your fingerprint data, and even iOS has no access to it: when Touch ID is used, iOS sends a query to the Secure Enclave which checks your fingerprint and simply sends back a Yes or No response.

The first version of the cards will not be contactless, requiring the card to be inserted into the reader, but Mastercard says it is working on a contactless version. Norwegian company Zwipe has been working on this technology since 2014, the same year Apple Pay launched.

Mastercard has completed two pilots in South Africa, says that further trials will follow in Europe and Asia and that it is expected to launch in the U.S. early next year.