Apple Watch can help improve your health and fitness with its activity tracking features, but it can also be a critical safety device in the right situation. That’s what happened to a 22-year-old college student in Maryland after his car was struck by another vehicle and his iPhone was slung out of reach…

Casey Bennett says he was driving to class on April 6 when his Jeep was hit by another driver and flipped. Bennet’s airbags deployed and his seat belt kept him strapped in, but his iPhone fell from his center console to the ground.

Bennet happened to be wearing an Apple Watch, however, and thought to use the Emergency SOS feature to dial 911 for help.

“I was trying to figure out if I could get out, and I was like nope, you’re just going to have to hang out here,” Bennett said.

It was then that he pushed one button on his Apple Watch.

“I just pressed down this side button on here for six seconds and it called 911,” Bennett said.

Bennet adds that he sent Apple CEO Tim Cook a note describing the experience and how he was helped by his Apple Watch which got a response from the company.

Apple added the emergency SOS feature to Apple Watch in the watchOS 3 software update last fall. In the U.S., holding down the side button on Apple Watch for a few seconds calls 911 and sends a text to your emergency contact that you need help … all without having to tap through multiple apps.

Emergency SOS also sends your current location including updates over time when activated. Outside of the U.S., the feature works with other emergency services as well. If you don’t have the feature fully setup, you can learn more about how SOS on Apple Watch works here.

Check out the video at WMAR Baltimore: 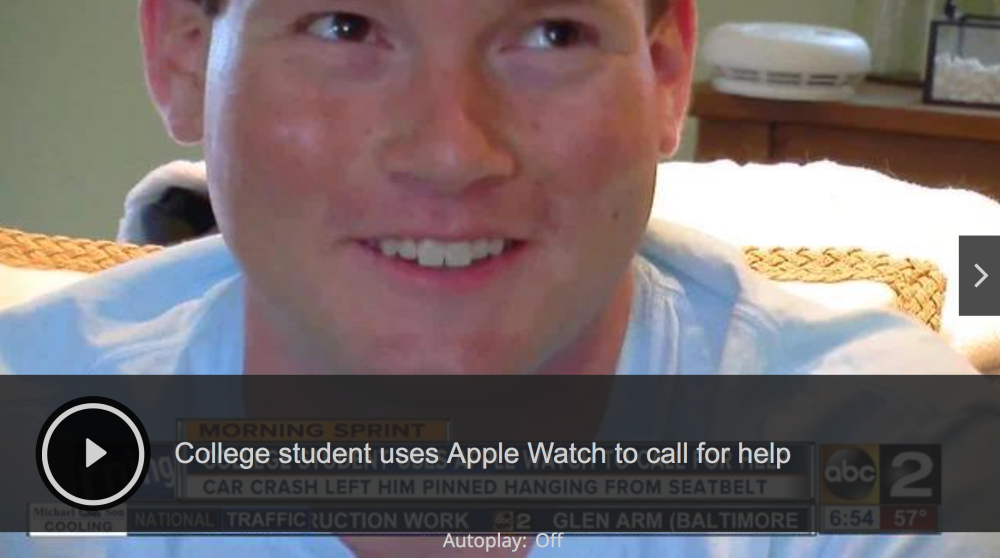