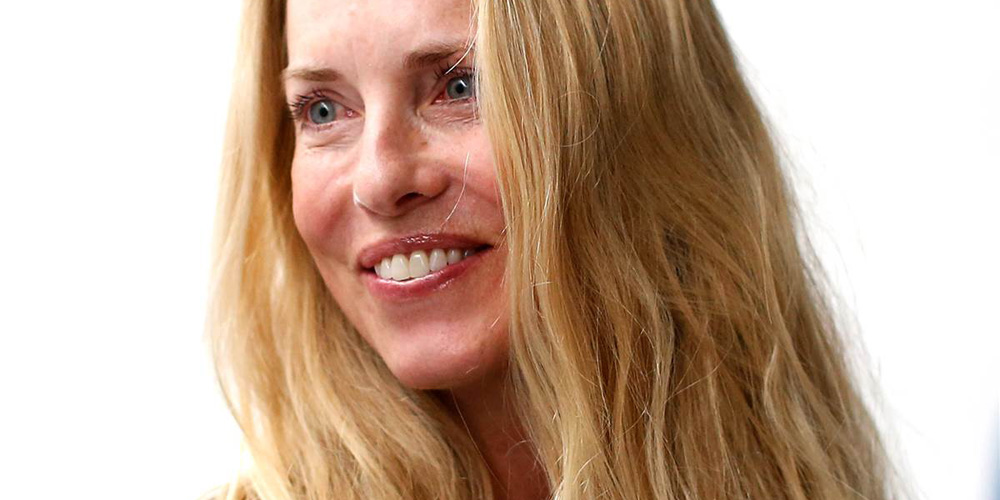 Steve Jobs’ widow Laurene Powell Jobs doesn’t speak publicly very often, but will be appearing at the Code conference next month to talk about her approach to philanthropy. Her appearance will take the form of an unscripted conversation on stage.

You have billions of dollars and you want to make the world a better place. Where to start? That’s the question facing Laurene Powell Jobs, who has an estimated net worth of $20 billion.

Interestingly, most of that net worth doesn’t take the form of AAPL shares …

Forbes notes that a January 2017 SEC disclosure revealed that her stake in Disney is worth more than her Apple holdings.

The Laurene Powell Jobs Trust […] owns 2.5% of Disney and Laurene Powell Jobs owns 4% of the media firm […] The Disney stake, which is worth far more than her estimated 0.7% of Apple, stems from Disney’s 2006 purchase of animation studio Pixar, which Steve Jobs owned.

Re/code says that she will be talking about the work of her philanthropic organization the Emerson Collective, and the role of ‘social entrepreneurs.’ Powell Jobs has shared some of her philosophy in a letter on the charity’s website.

Today in the United States, with few exceptions, where a person is born determines how far he or she can go in life. Among developed countries, the U.S. ranks second to last in economic and social mobility. This is shameful. It wasn’t always this way—and it doesn’t have to stay this way. This is not how we want our country to work.

This imperative underpins both the moral and practical mission of our work at Emerson Collective: we are idealists with our feet on the ground. Students can’t become self-reliant adults unless we give them an excellent education and a pathway cleared of obstacles. Immigrants can’t contribute their fullest to our communities, can’t live open and free and productive lives, unless they are liberated from the fear of detention and deportation. Complex systemic failures require flexible approaches, new models, and improved public policy. Every day with new ideas, true numbers, and smart practices, we at Emerson Collective do our part to advance these solutions. We do so in partnership with innovative thinkers, entrepreneurs, and organizations — with the broad community of concern and solidarity that we seek to foster.

The Code 2017 conference takes place at the Terranea Resort in Rancho Palos Verdes, Calif., from May 30 to June 1.