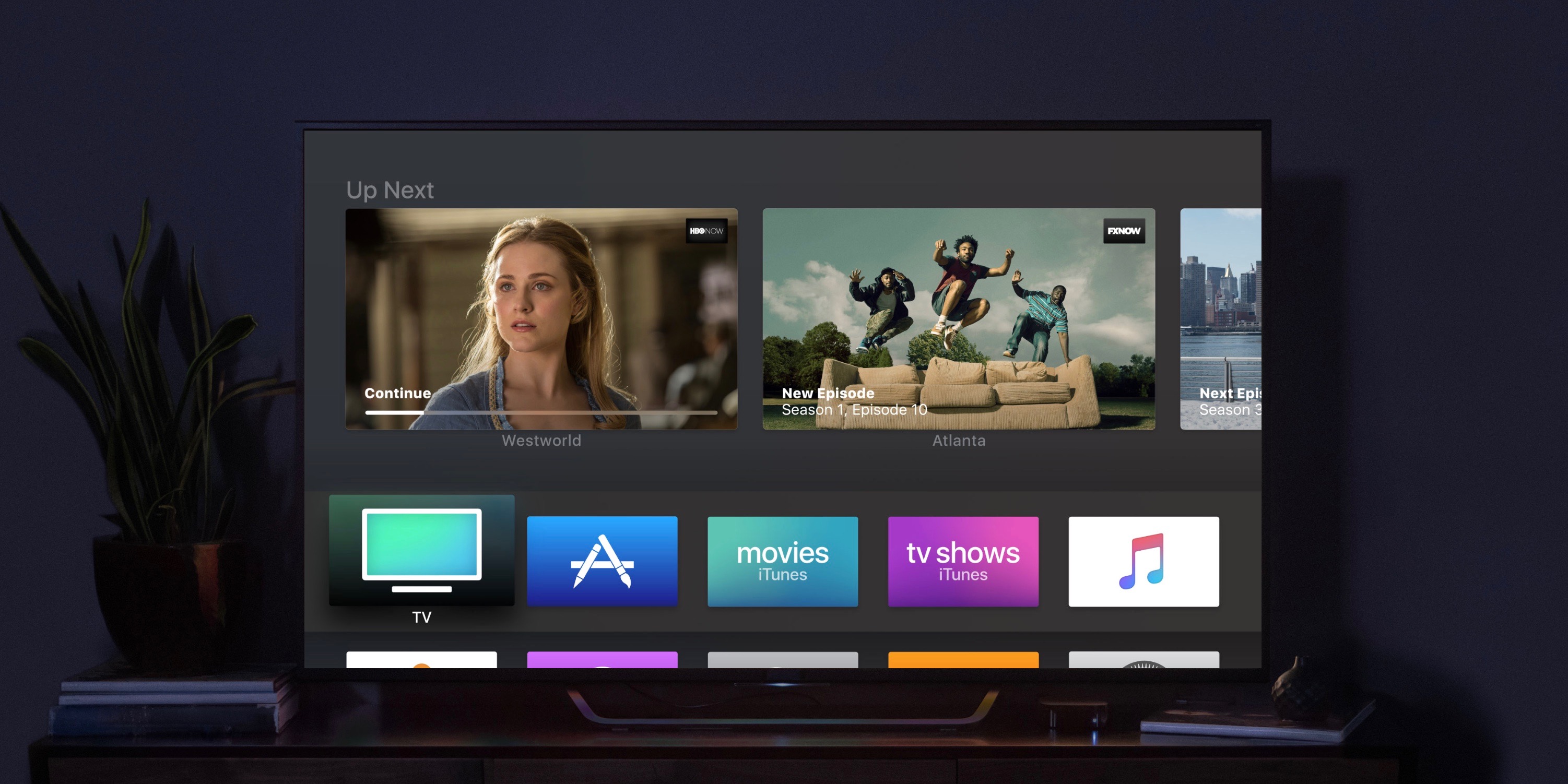 Ahead of Apple’s fiscal Q2 earnings call later today, a note from Barclays analysts points to chatter among investors that Apple is eyeing a major acquisition of a media company.

The report from analysts Mark Moskowitz and Daniel Gaide claims that the move could allow Apple to achieve its services growth goals that could otherwise slow alongside iPhone sales, and that an acquisition of a company in the cloud services as opposed to media is also a possibility.

Apple announced during its holiday quarter earnings report back in January that it plans to double services revenue— which includes all its revenue from sources like the App Store, iCloud, Apple Pay, Apple Music, etc— over the next four years. Barclays lays out the case for what Apple will need to do to meet that goal, noting a large acquisition is likely in order and that services growth could slow as iPhone sales do too:

Sustained growth at this level could be challenging as smartphone replacement cycles elongate and installed base growth slows, in our view… In order to reach its goal of doubling its services revenue over the next four years, revenue would need to grow at a 19% CAGR. If the revenue growth CAGR is sustained at our bull case rate of 25.0%, then Apple would exceed its doubling target by $11.2Bn. However, if revenue only grows at our bear case CAGR of 10%, then Apple would miss its services revenue target by $13.6Bn. In our view, Apple could bridge the revenue shortfall with an acquisition if services revenue appears to be falling short. 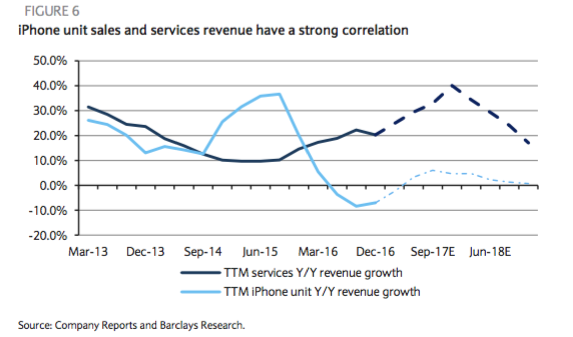 The report continues by noting that “many investors currently believe that a major acquisition by Apple would be focused on the media sector.” While Barclays doesn’t mention any companies specifically, reports have indicated several negotiations in recent months.

The most notable reports include acquisition discussions with Paramount and Sony execs, a report that Apple held talks with Ron Howard’s Imagine Entertainment regarding a content deal or acquisition, and a report last year that Apple approached Time Warner amid AT&T’s acquisition talks with the company. Barclays, however, thinks an acquisition in the cloud services space is just as likely:

Based on our conversations, many investors currently believe that a major acquisition by Apple would be focused on the media sector. However, we believe a cloud acquisition could better position Apple for the long term by providing the company with greater exposure to the enterprise, while allowing the company to utilize its large consumer cloud resources.

When asked about its goal of doubling services in four years back in January, Apple’s CFO Luca Maestri said the App Store was seeing significant growth, specifically in China, and that Apple Music and iCloud storage are also expected to help drive the expected increase. He also said the number of people making transactions on the App Store and iTunes was increasing by double digits and that people were willing to spend more over time.

As for Barclays predictions for Apple earnings later today, they don’t differ much from the analyst averages of around $53B for revenue and approximately 52 million iPhone unit sales. Barclays numbers also estimate 8.5 million iPad sales, 2 million Apple Watch sales, and 4.7 million Mac sales for the quarter.