How to use new Apple emoji on a MacBook 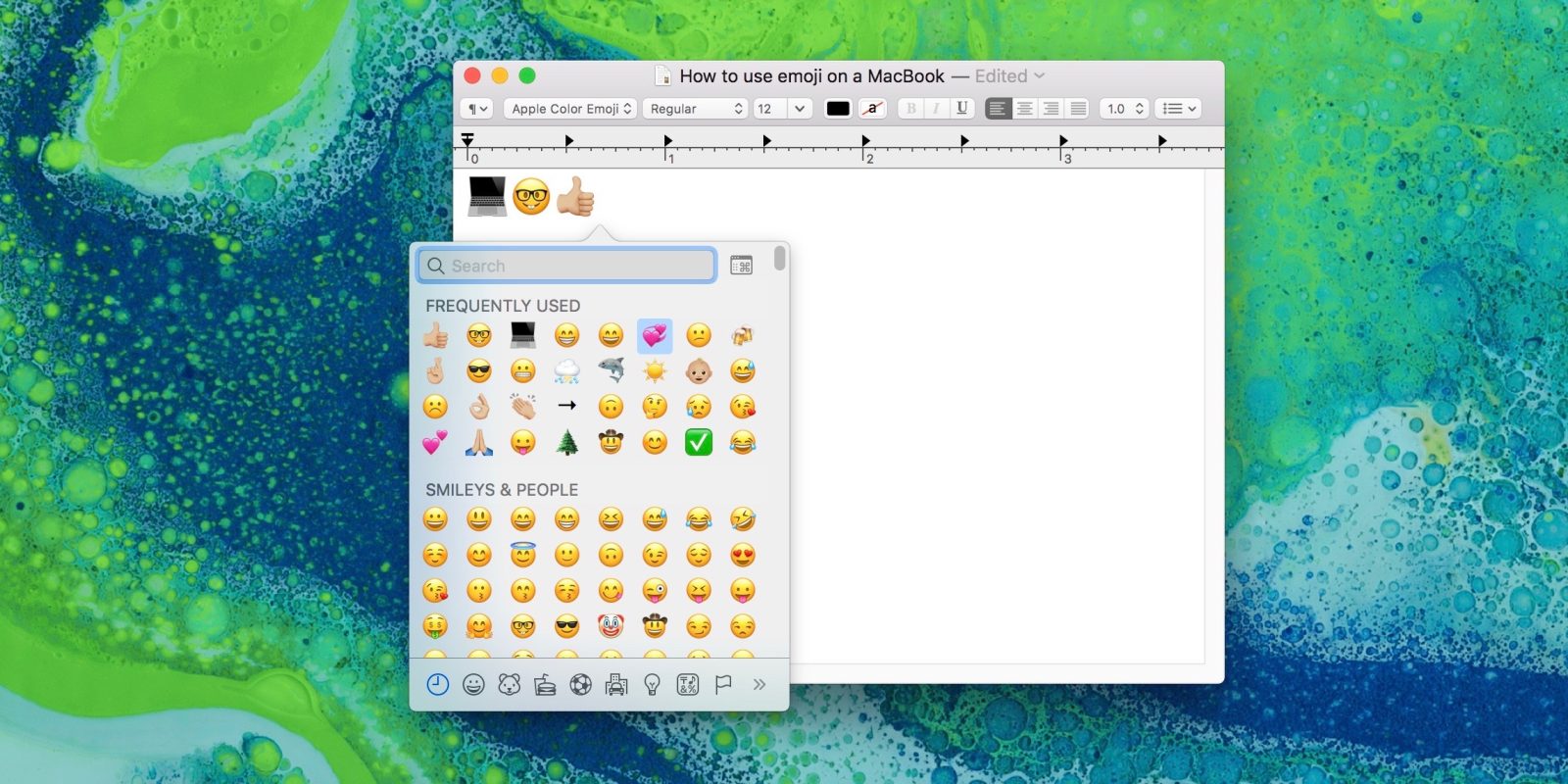 Emoji are a fun and easy way to communicate with others on their own and can also be used to enhance standard text. Getting started with how to use emoji on your Mac isn’t as straightforward as it is on iPhone and iPad, but with a bit of practice you’ll be using emoji quickly and easily on your Mac.

What does emoji mean?

Emoji were first used with mobile phones in Japan in the late 1990’s and have since evolved and grown to become popular world-wide. In Japanese, emoji means pictograph. Emoji is both singular and plural in Japanese, while it’s common in English to use emoji or emojis as the plural form.

When are emoji updated?

There are an amazing amount of choices when it comes to expressing yourself with emoji. According to Emojipedia there are almost 2,000 emoji characters when you count skin-tone options and some emoji combinations.

Emoji are typically updated each year by the Unicode Consortium, which is the emoji governing body. The last update was June of 2016, with the Unicode 10.0 update expected to be released in the middle of 2017. Once the update is released, companies like Apple can then include the latest emoji in its software updates for iOS and macOS.

How to use emoji on a MacBook

Some apps like Messages on macOS or other third-party apps may have an emoji picker built-in, but you can use emoji on your Mac anywhere you can type. 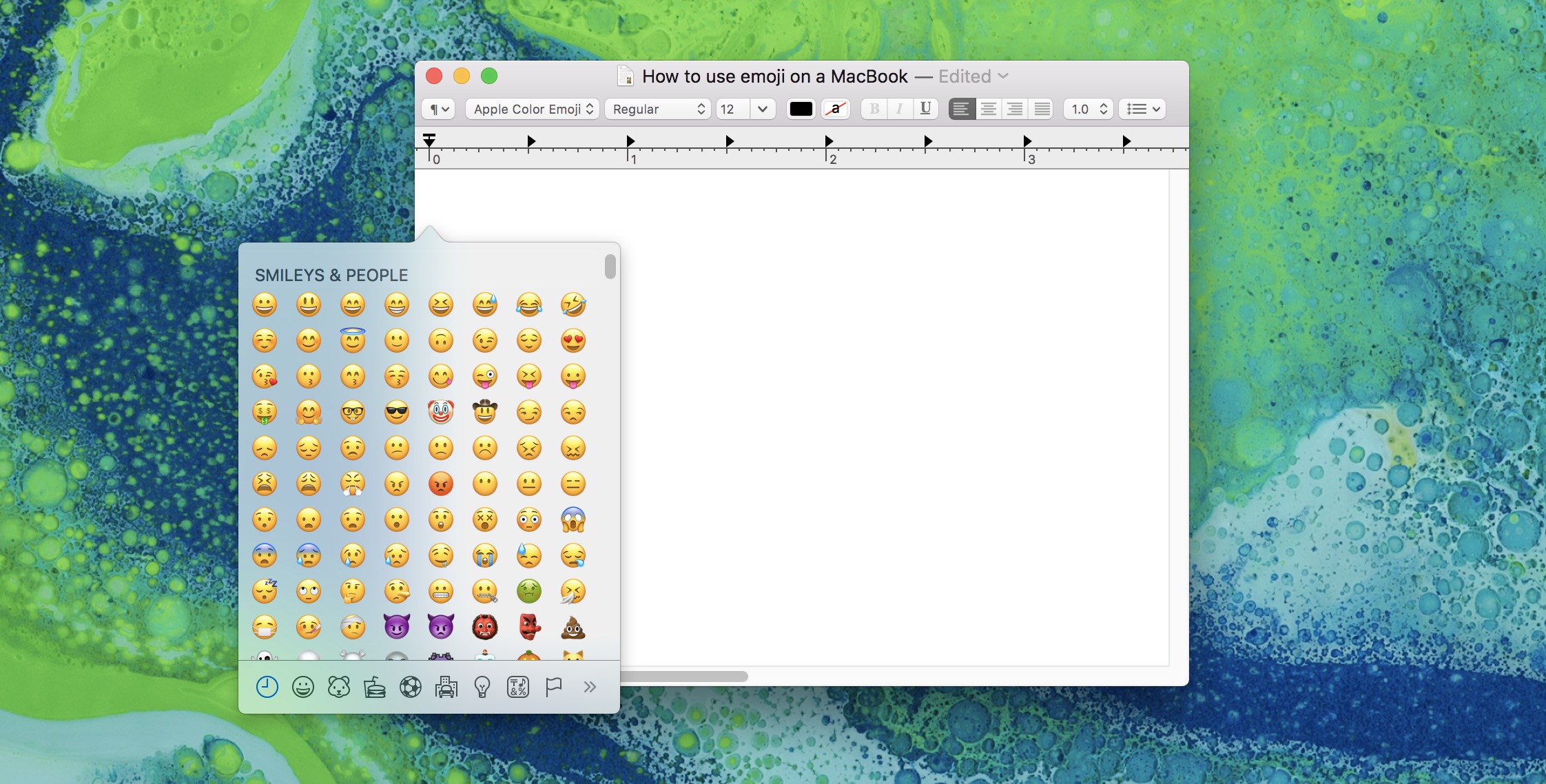 Anywhere you can place your cursor, you can use emoji. In the image above I’ve pulled up the emoji picker window in TextEdit. 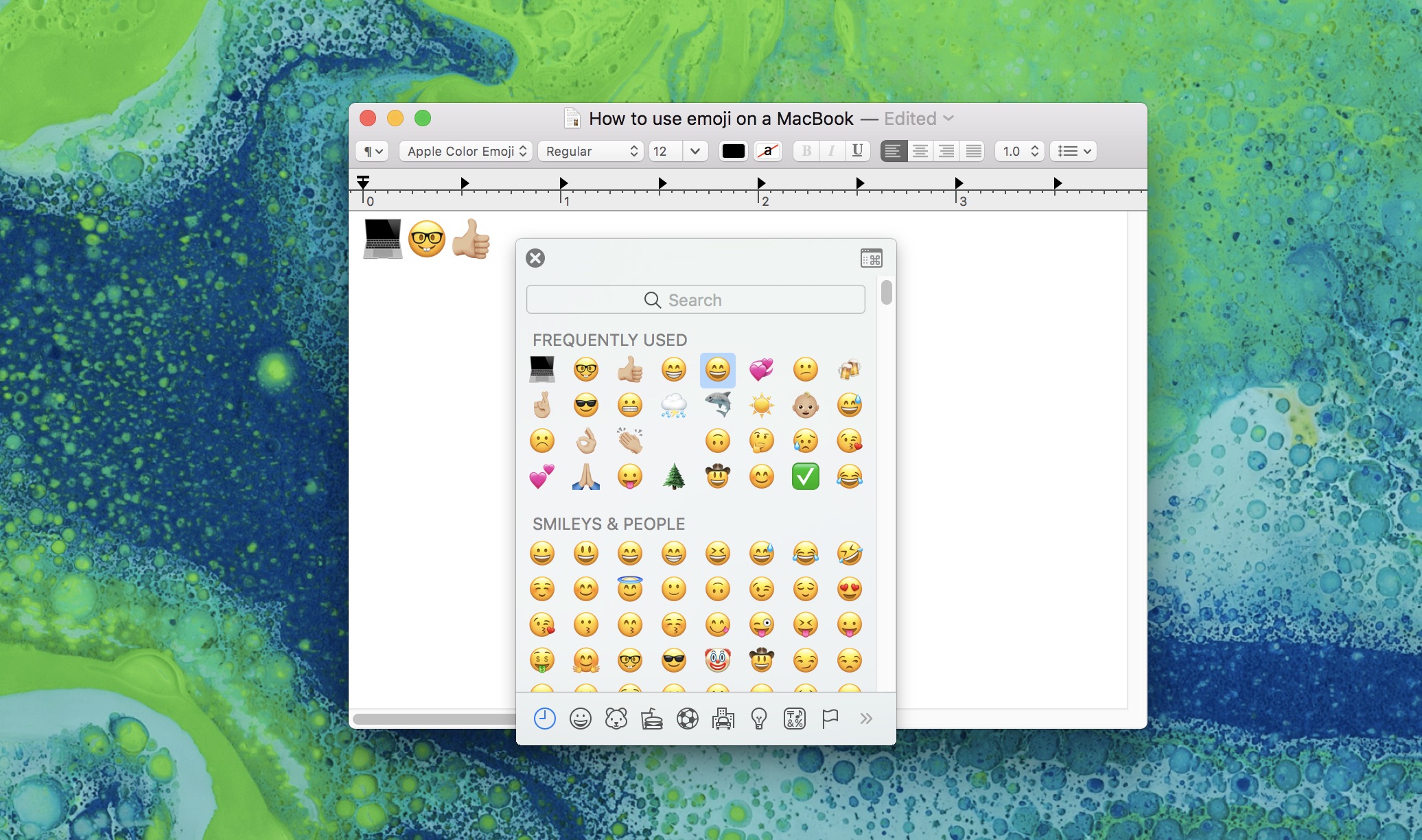 By default the emoji picker window will close after you select an emoji. If you’d like the window to remain open to select multiple emoji at once, move the picker window with your mouse. Once it has been moved you’ll notice a ‘X’ in the top left corner of the window, and it will stay open until you close it.

Apart from using the keyboard shortcut described above, you can also add an input menu in the menu bar.

You can now pull up the Emoji & Symbols window from the menu bar like the image below. 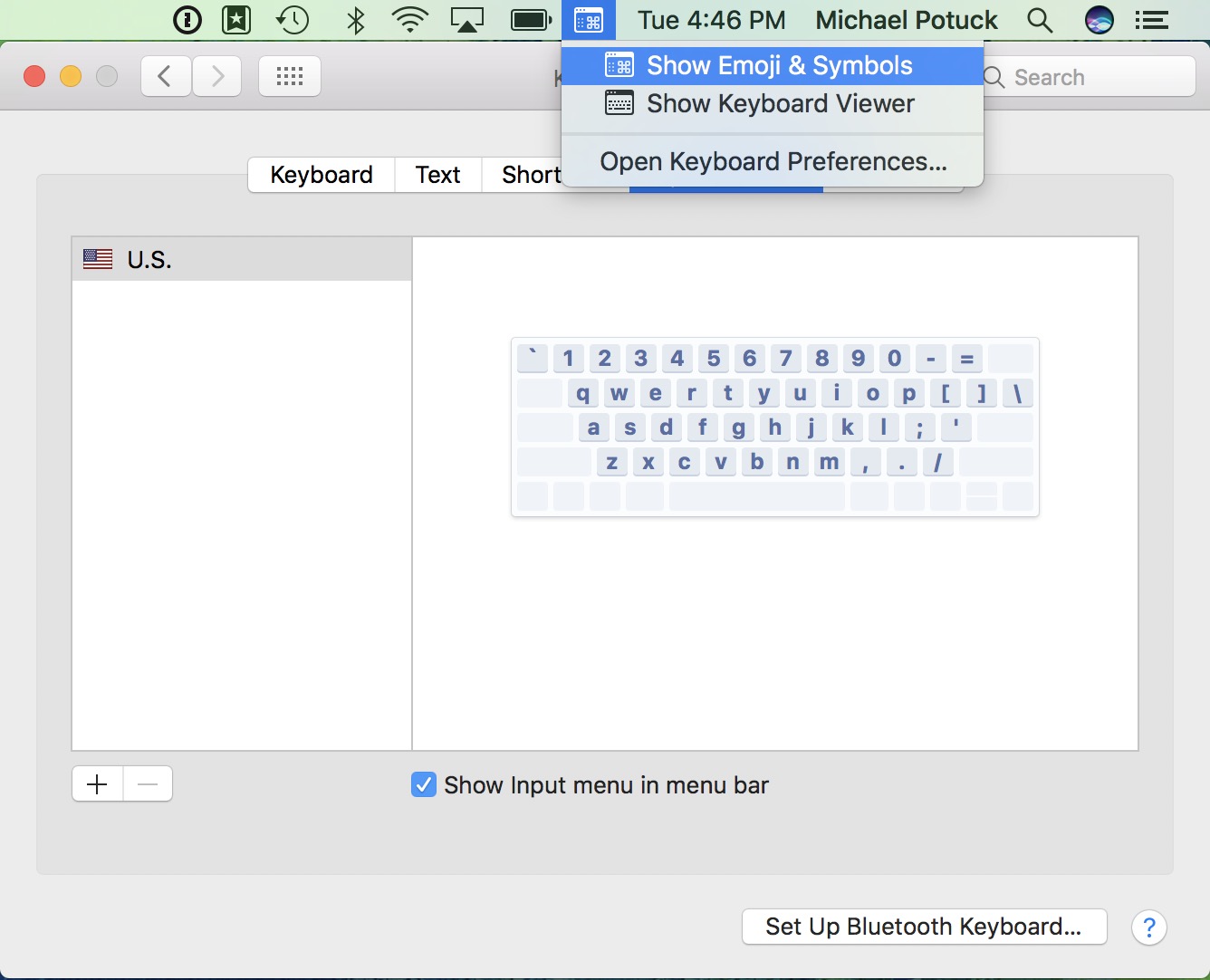 This menu is a bit different than the emoji picker that Control-Command-Space Bar brings up, but can be useful, particularly for unique symbols. 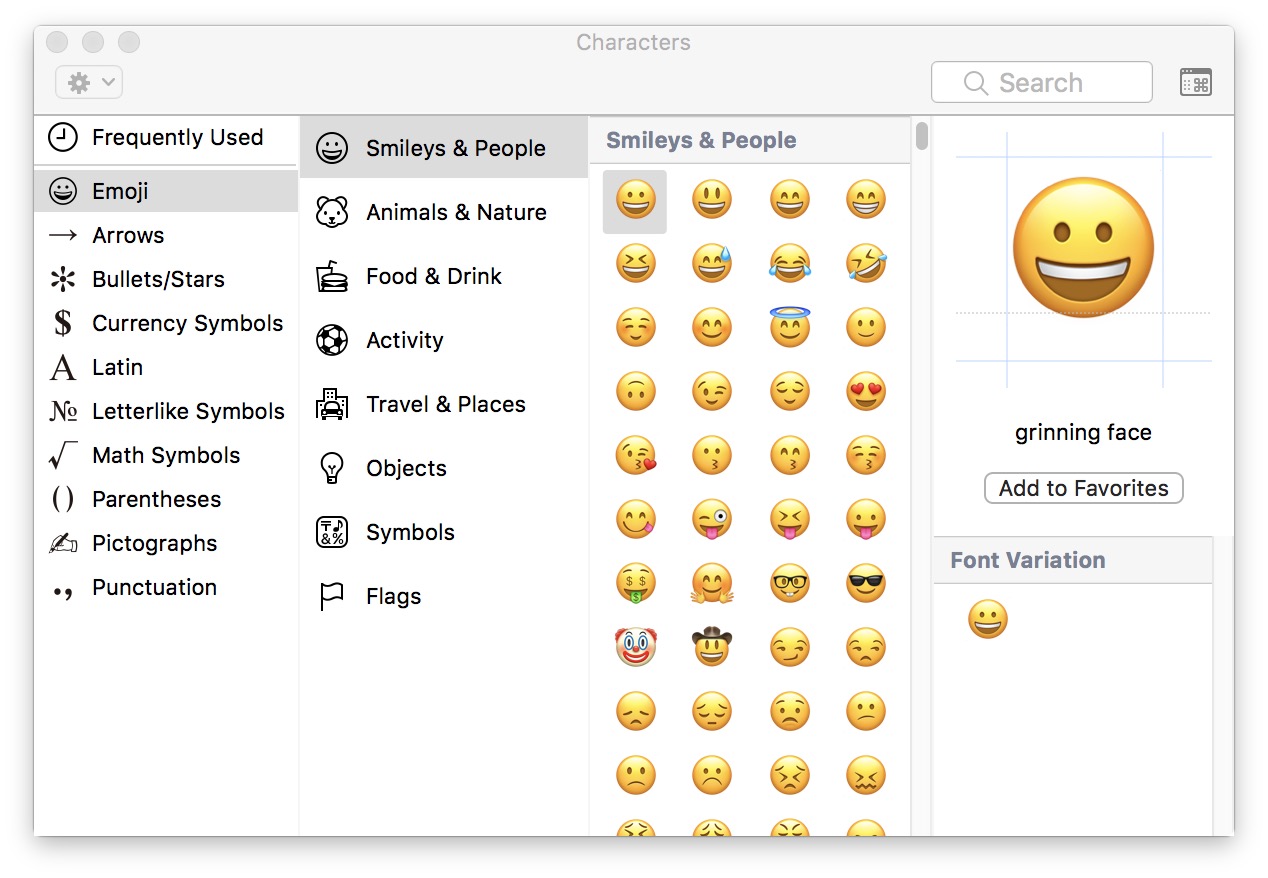 Don’t forget if you have a MacBook Pro with Touch Bar you have the option in many (but not all) apps to pick emoji that way as well. For more help getting the most out of your Apple devices, check out our how to guide.