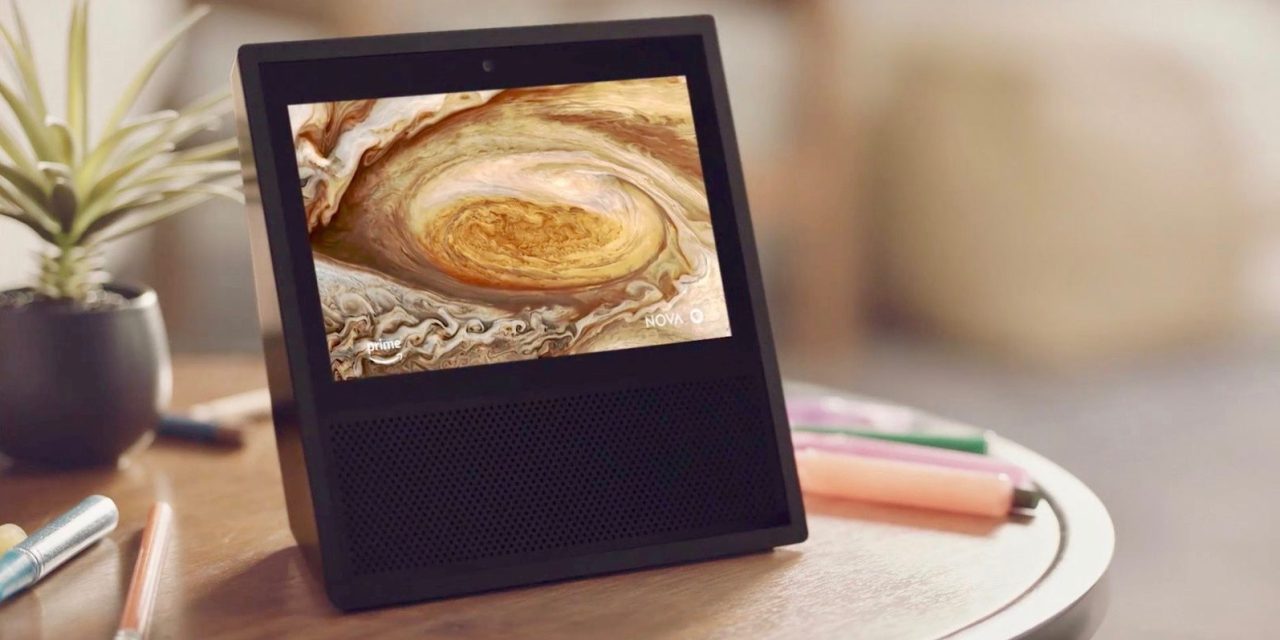 Amazon’s Echo with a screen is real and it’s shipping at the end of next month. Echo Show is a $230 7-inch tablet with video playback and calling that has to stay plugged in to work.

What makes that better than an iPad or any other tablet? Amazon hopes the answer is its Alexa voice assistant. While I’m curious about a voice-activated, always-present voice assistant that anyone can access in the home, the original Amazon Echo has more appeal to me. If Siri Speaker is something we see next month at WWDC (before Echo Show ships!), I’m hoping it’s more Amazon Echo and less Echo Show…

Amazon’s timing is certainly odd, right? Why announce almost two months before the new product ships? Apple could do the same at WWDC, but in that case it has a whole developer conference to support the announcement versus a random Tuesday in May.

Timing aside, Echo Show is a weird addition to the Echo line. Voice-only has been a strength of the Amazon Echo and adding a screen to the equation could have unintended side effects.

For starters, the product no longer disappears in place. The original Amazon Echo is totally voice controlled which creates an effect of just talking to a room and not an object, but adding a screen makes the device a focal point of the room instead.

Alexa, Amazon’s voice assistant, has also been forced to be optimized for voice interactions because there’s no screen. Siri, on the other hand, can usually fall back on having a UI which in a lot of cases makes for a worse voice assistant. Siri has an eyes-free mode, but by default Siri can count on you tapping on a screen or viewing the display for information versus reading it aloud.

The original Amazon Echo isn’t going anywhere so Alexa still has the restraint of voice-only versions of itself, but I have to imagine that introducing a screen will have an effect on how optimized Alexa is for voice-only in the future.

Echo Show is also a confusing pitch. If you’re familiar with what the Amazon Echo is, you can explain that Echo Show is an Echo with a screen. But if you aren’t tuned in to what an Amazon Echo does, Echo Show looks like a tablet with a big speaker and a wall adapter.

Echo Show’s $229 price makes it competitive with the $329 and up iPad line, but you can buy a $49 Amazon tablet if you want video calling and video playback … and it’s portable.

Echo Show also looks like something that would be impressive in 2005 but looks dated today, but I’m not worried about Apple making something chintzy with Siri Speaker. There’s room for a display on a voice assistant speaker (traditional speakers have displays) but I hope Siri Speaker is more Amazon Echo than Echo Show.