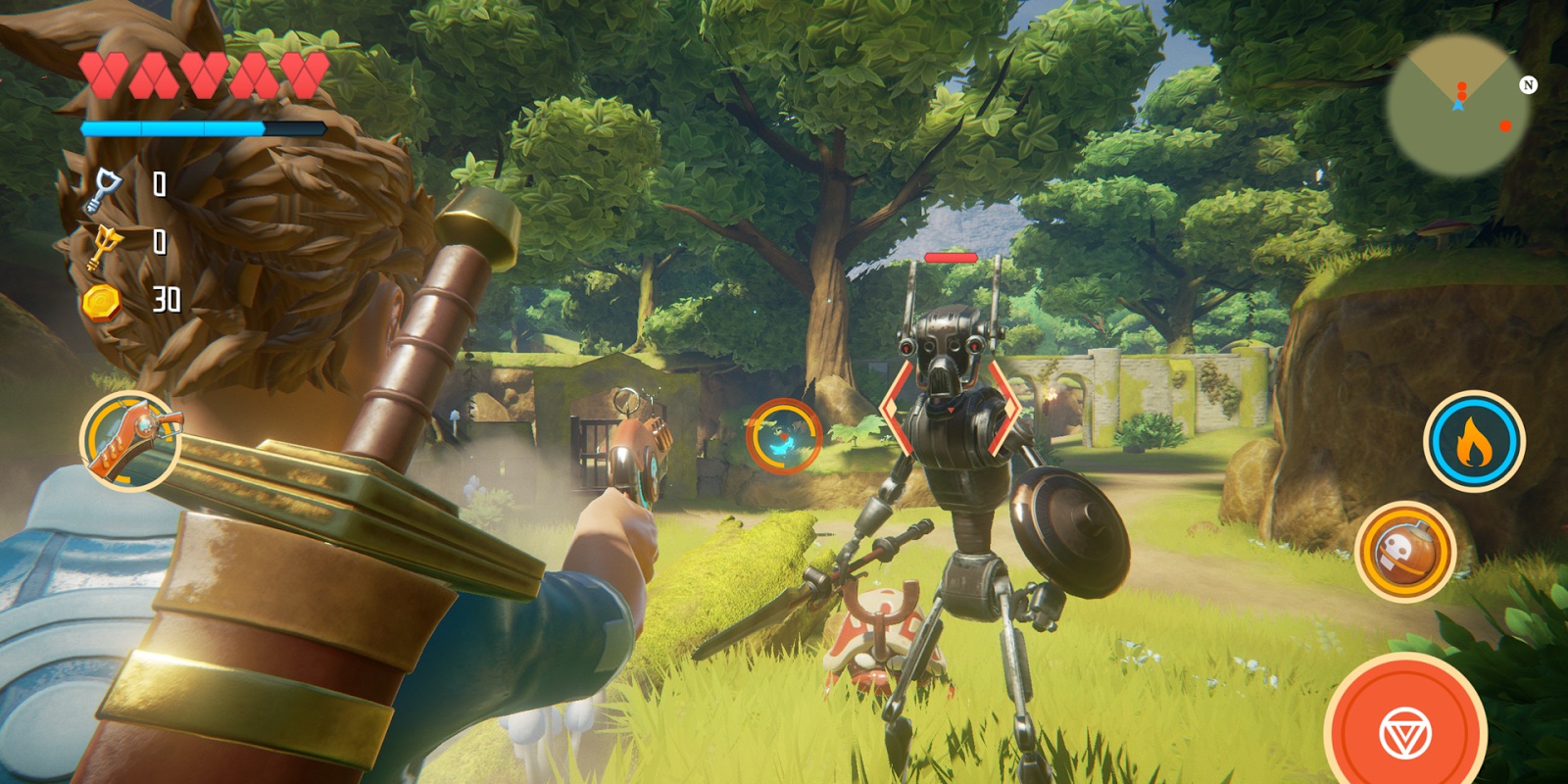 Earlier this year, developer Cornfox & Bros released the first images from Oceanhorn 2 for iOS, the follow-up to the popular Zelda-style adventure RPG for iOS. Now, the first gameplay video has been released and it looks even more stunning than the original images…

In a post on the Oceanhorn blog, Cornfox & Bros released the new gameplay footage. Oceanhorn 2 will be officially shown off at the Nordic Game conference in Malmö, Sweden, but this gameplay footage is meant for those of us who aren’t going to be there.

The footage, recorded straight from an iPhone 7 Plus, really exemplifies the graphic improvements that are coming in Oceanhorn 2. As we detailed back in January, the game is developed on Unreal Engine 4 graphics, which is a change from the top-down isometric style the original Oceanhorn featured.

Oceanhorn 2 takes players through a Zelda-inspired world with an all-new timeline. The game has already been confirmed to be coming to iOS, but it will also presumably come to the Mac at some point just like its predecessor. The Unreal Engine 4 graphics will also make it easier for the game to be ported to other platforms.

Ahead of the release of Oceanhorn 2, you can check out the original game on the App Store and watch 14 minutes of Oceanhorn 2 gameplay in the video below. Let us know what you think of it down in the comments.