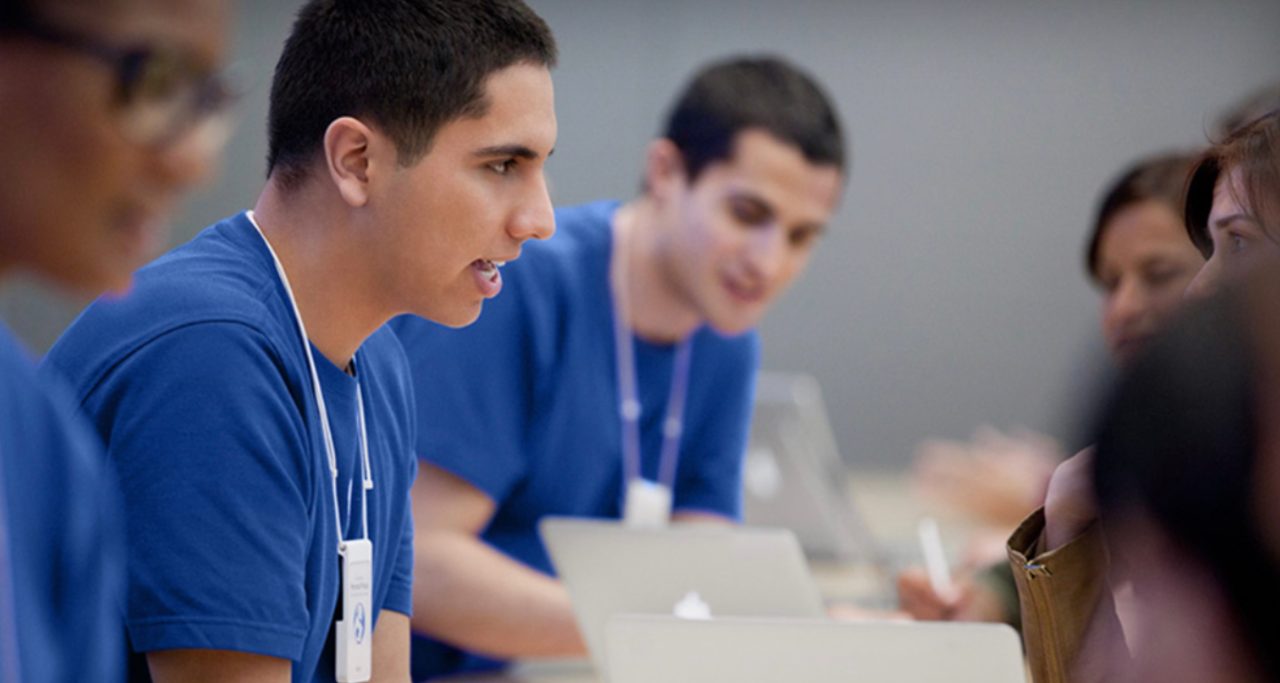 In addition to those MacBook Pro and MacBook Air models, Apple will make the 1st generation 802.11n AirPort Express obsolete on June 30th. This model was originally introduced in 2008 and features the wall-socket design, as opposed to the more recent standalone box.

Finally, Apple is transitioning the 16GB and 32GB iPhone 3GS to obsolete status. The iPhone 3GS was originally released in 2009 as the third-generation iPhone.

Apple typically doesn’t notify customers that a product is moving to vintage or obsolete status aside from a list on its website and internal documents. The company normally begins the transition to obsolete status some 5-7 years after manufacturing has been discontinued. It’s around this time that parts are increasingly hard to find and repairs are impractical. Once a device has been flagged as obsolete, users cannot go through official Apple channels to have repairs done. 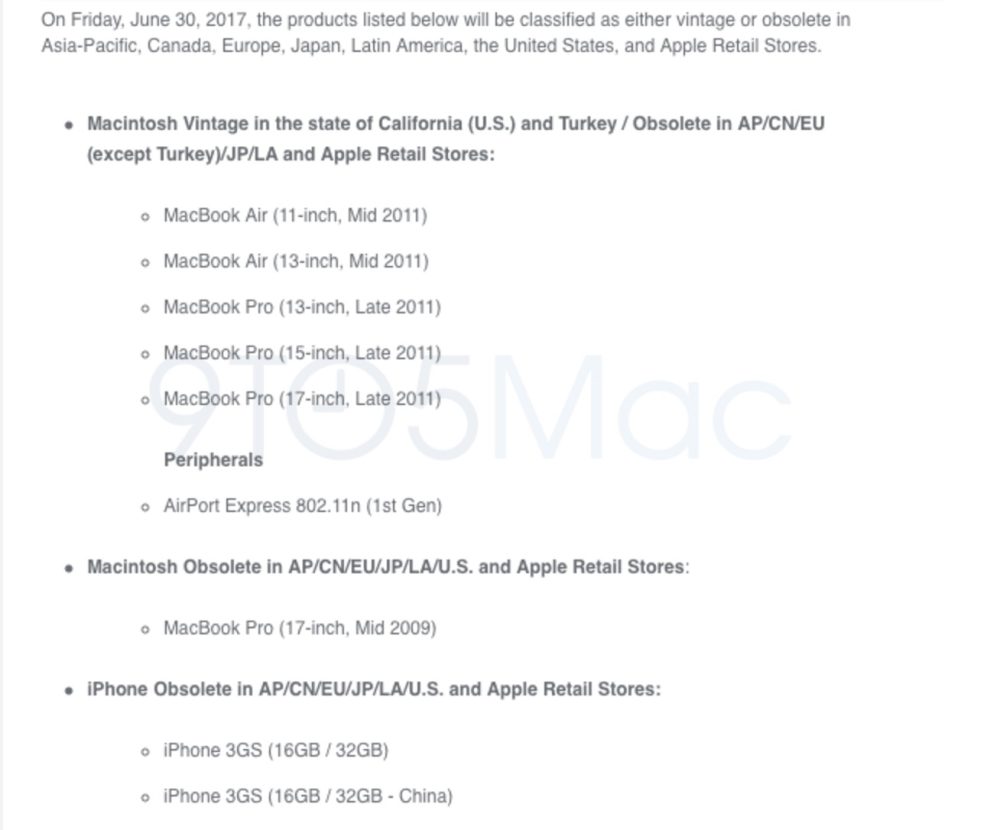 On Friday, June 30, 2017, the products listed below will be classified as either vintage or obsolete in Asia-Pacific, Canada, Europe, Japan, Latin America, the United States, and Apple Retail Stores.

Macintosh Vintage in the U.S. and Turkey / Obsolete in AP/CN/EU (except Turkey)/JP/LA and Apple Retail Stores: