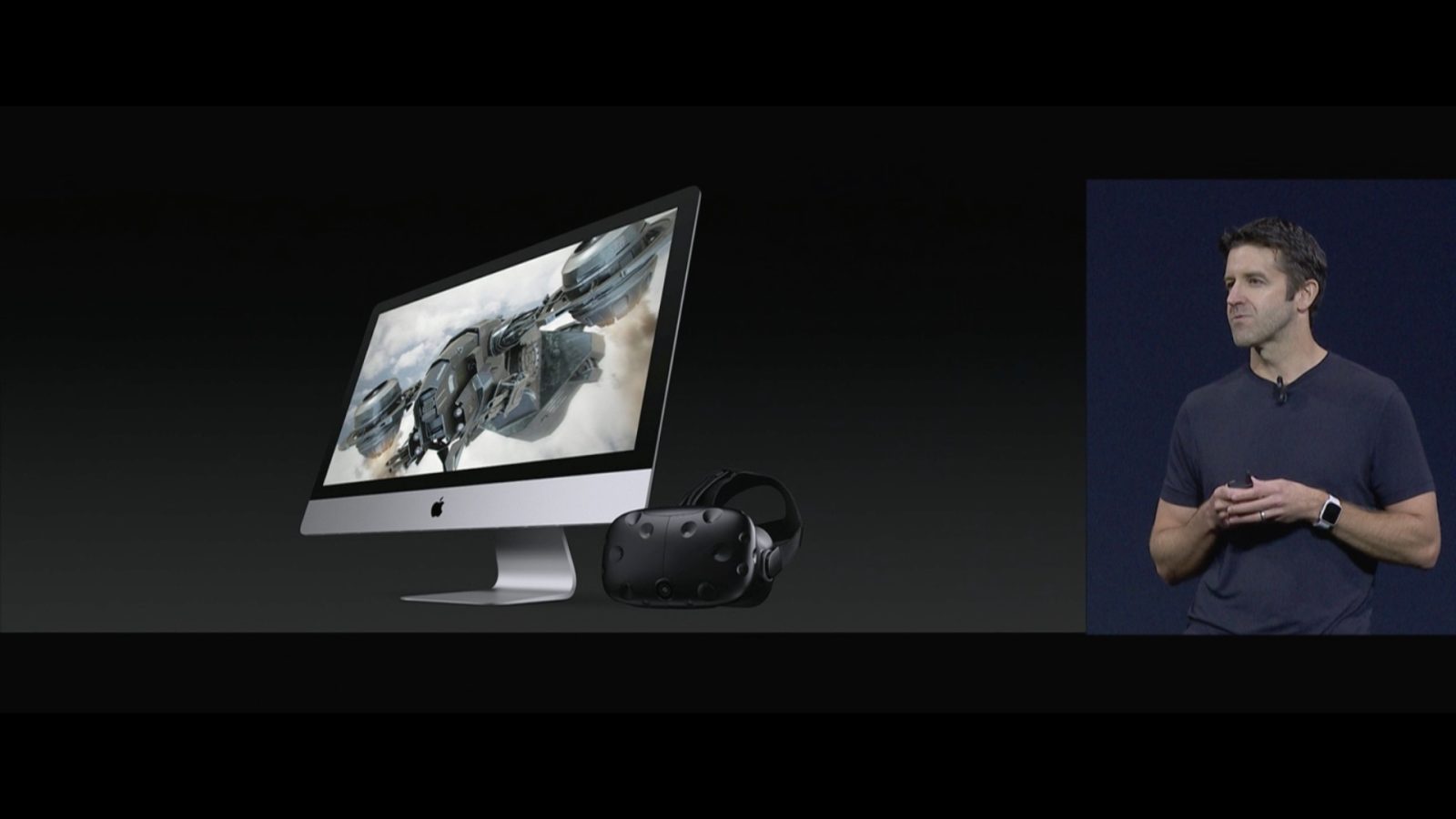 macOS High Sierra is the first version of macOS to include virtual reality support. Apple says the new virtual reality capabilities will integrate with Valve, Unity, and Unreal engines.

For instance, the partnership with Valve will bring SteamVR SDK support to macOS. Steam VR is the software that powers virtual reality headsets currently on the market such as the HTC Vive. Less is known about Apple’s partnership with Unity and Unreal, but notably lacking was any mention of Oculus. Oculus has been vocal in the past about Apple’s focus on the pro market, but never say never.

Building on all of this, Apple has launched a Metal 2 Developer Kit with support for external graphics. As part of this, Metal for VR will allow developers to start building virtual reality experiences and view them.