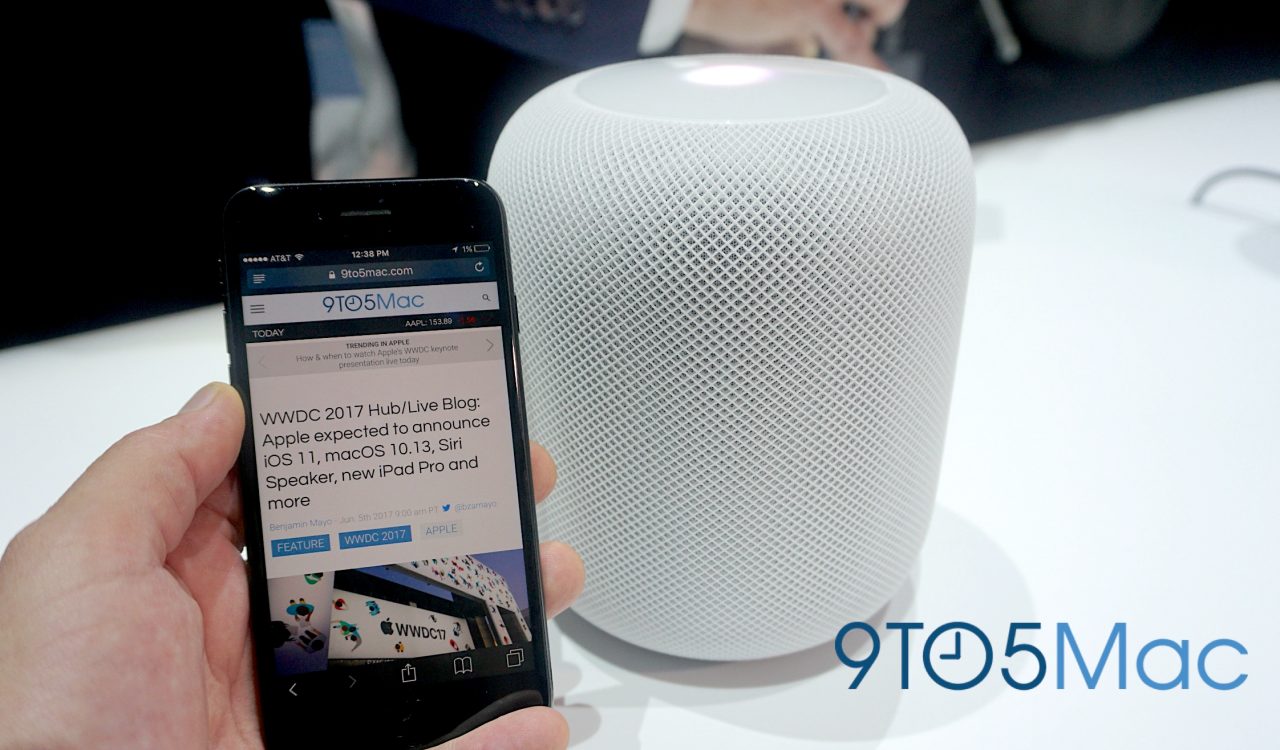 As expected, Apple unveiled an Amazon Echo and Google Home-competitor of sorts with the new HomePod, bringing Siri into the living room for voice commands at home without having to reach for an iOS device or Mac.

Unlike most of the competitors, however, the HomePod has a big focus on music and sound quality with the $349 speaker packing in a 7 tweeter array with precision acoustic horns and directional control. You’ll also find an Apple-designed 4-inch woofer, 6 microphone array, and Apple’s A8 chip to power it all. Apple also noted that multiple speakers can be paired meaning it’s expecting some people to buy more than one to use as a multi-speaker setup or around the house.

To accommodate for the included woofer and speaker setup the HomePod comes in slightly bigger package than the competitors too, measuring in at 6.8 inches tall by 5.6 inches wide, and weighing 5.5 pounds.

In person, the speaker doesn’t exactly do anything to set itself aside from the competition design-wise— it’s a pretty basic speaker design with mesh fabric that looks similar to other Bluetooth speakers. But from Apple’s presentation of the device, it sounds like it’s hoping audio quality will be HomePod’s big differentiator.

Apple didn’t let us actually get hands-on with the HomePod during WWDC, and they didn’t have any functioning units for showing off features of the product in the demo area. One thing unique to the HomePod, however, are lights on top of the device that indicate when Siri has been activated, which can be done with the usual “Hey Siri” command that works on iOS devices.

Check out our gallery below for a first look: