iOS 11: How to enable screen recording without a computer 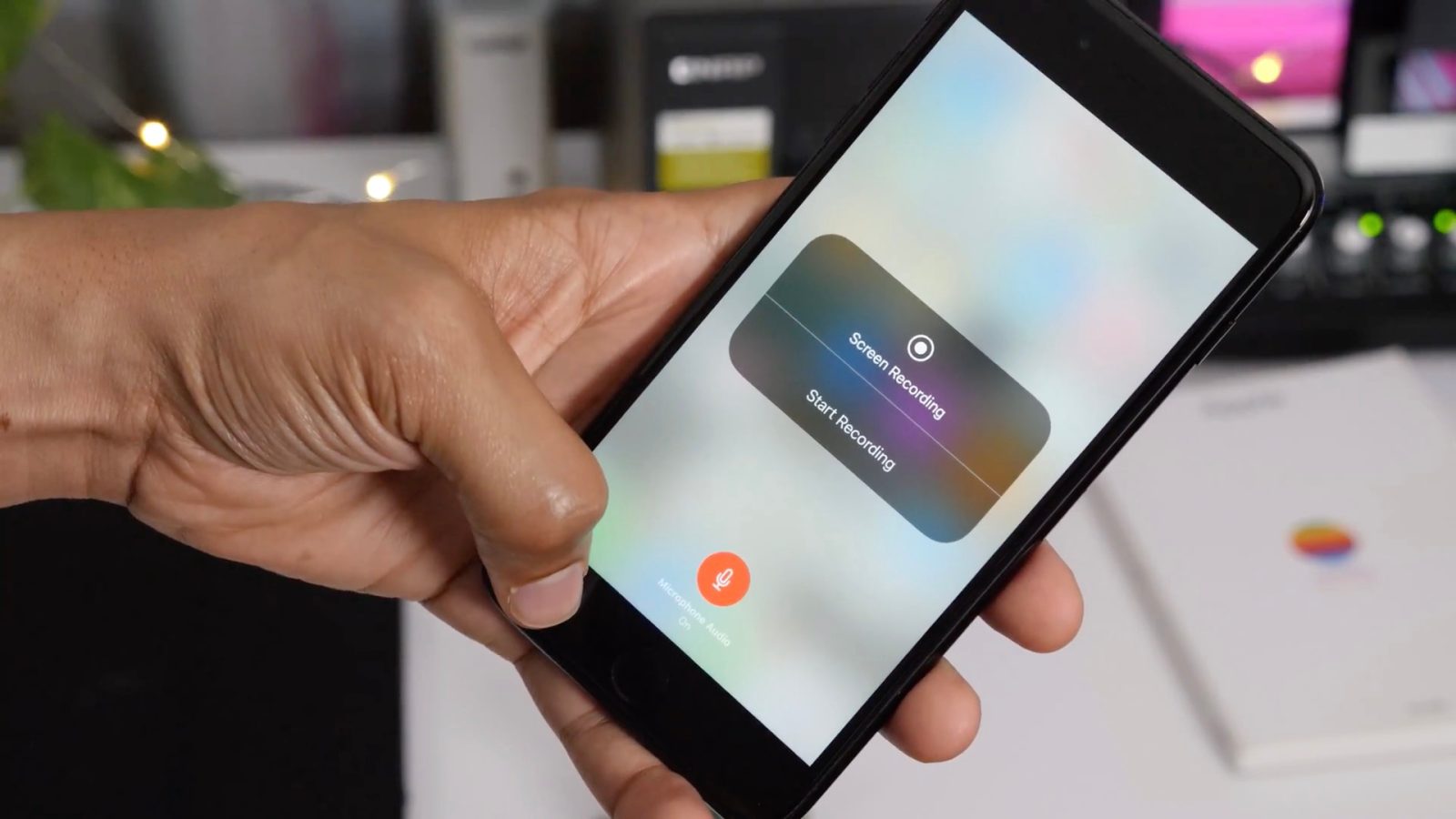 Screen recording on iOS isn’t a new feature by any means. There have been both official and unofficial ways of doing so for quite some time. The difference today is that iOS 11 is the first of Apple’s mobile operating systems to introduce screen recording as a built-in feature. We’re only in the first beta stages of iOS 11, so this feature could change or even be revoked before the final release, but it’s a great feature that has been a long time coming. Let’s take a look at how you can enable screen recording on iOS 11, why you would want to, and some recording tips.

Once enabled on your device, screen recording will simply be a swipe and tap away.

Before iOS 11, users who wanted to screen record their iOS devices had to rely on hacks or QuickTime on a Mac to get the footage. iOS 11 changes that by building in the screen recording functionality with a toggle in Control Center. The feature is a welcome addition to iOS as it opens the door for so much more on the device. With screen recording on iOS 11 you’ll be able to help family members with their application woes, record bugs to send to developers, or even create application walkthrough videos on the go. 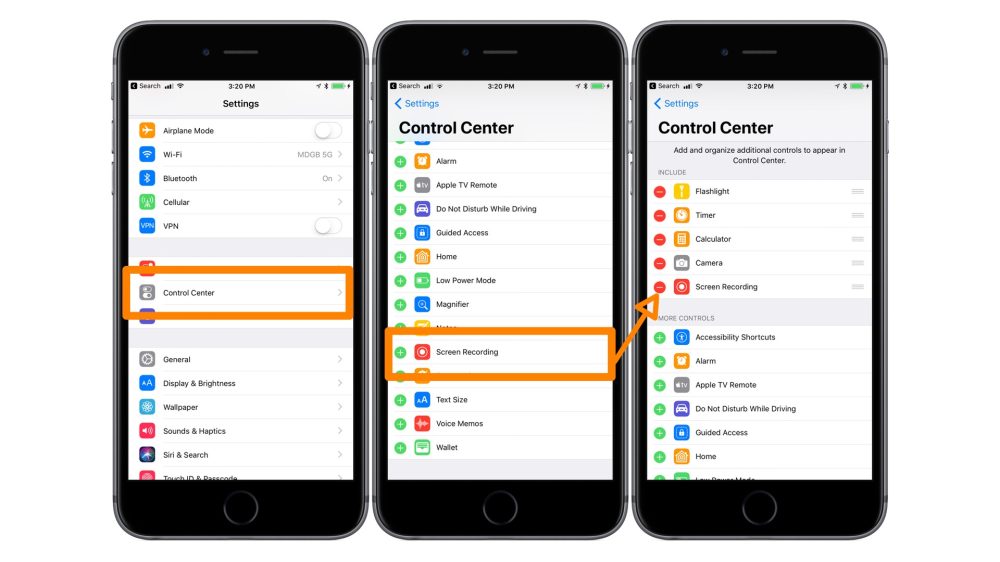 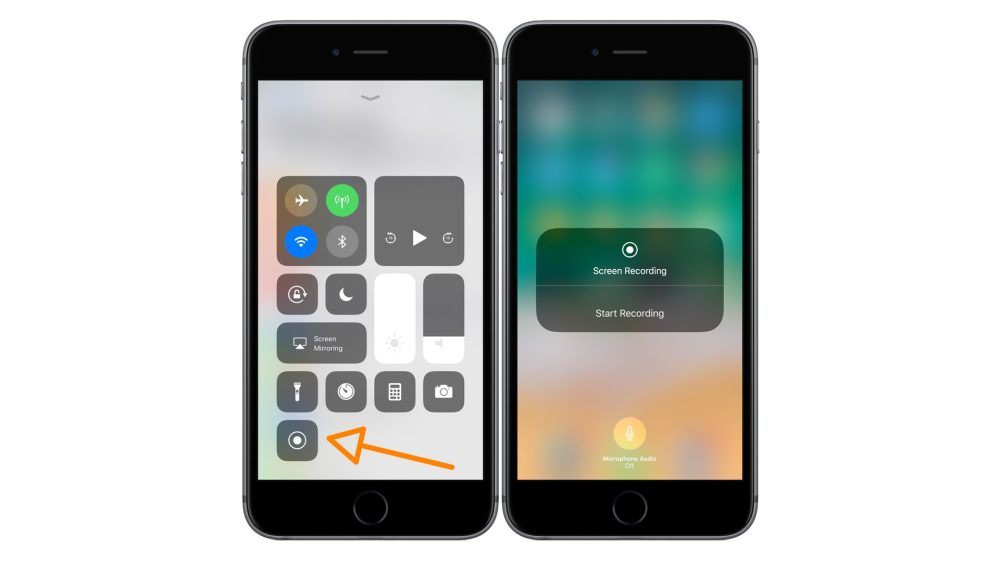 Because screen recording on iOS 11 records everything you do, it’ll also capture those moments when you close Control Center or stop a recording. To make your videos look a bit cleaner, be sure to trim the first and last few seconds of the video in the Photos app.

Another potential annoyance in screen recording will be push notifications. Turn on Do Not Disturb, or set your device into AirPlane Mode to put those on pause and stop visual interruptions in your recording.

When you start a screen recording on your iOS device, it’ll also capture your current status bar. That means low battery levels, and low-signal strength as well. If you want to go for a clean look of 100% battery and full signal, your best option is to plug it into your Mac.

Follow the instructions listed here, as if you were going to record on your Mac, but start the recording from your iOS device instead. Using this approach will make iOS show your battery as 100%, full carrier signal, etc. If you’re going through this much effort though, it might just be easier to record and edit after on your Mac. 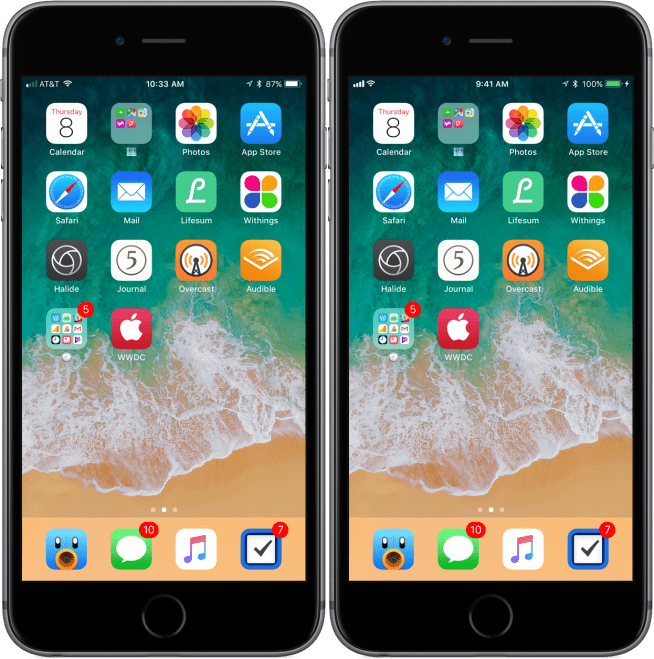 Note: There are some apps in the App Store that does this, but this is a free alternative method.

On iOS 11 beta 1 screen recording only captures what’s on your display, not the sound coming from the application you’re looking at. You have the option to enable recording from the microphone though. To do that, 3D Touch the screen recording toggle in Control Center and select Microphone Audio at the bottom of the view.

Why you would want to screen record on iOS

The obvious benefit of screen recording on iOS is that you’ll be able to share what you see on-screen with others. Trying to figure out what’s “broken” in your family member’s Facebook app? Have them record the screen as they see the issue. Trying to teach someone how to navigate through a list of menu items? Record a video of you, with microphone audio recording enabled, and walk them through it step by step.

The benefits of screen recording on iOS 11 also means third-party apps will have to rethink privacy within their ephemeral content services. While not the company’s main directive, apps like Instagram and Snapchat might want to look into educating users on the changes that built-in screen recording will bring.