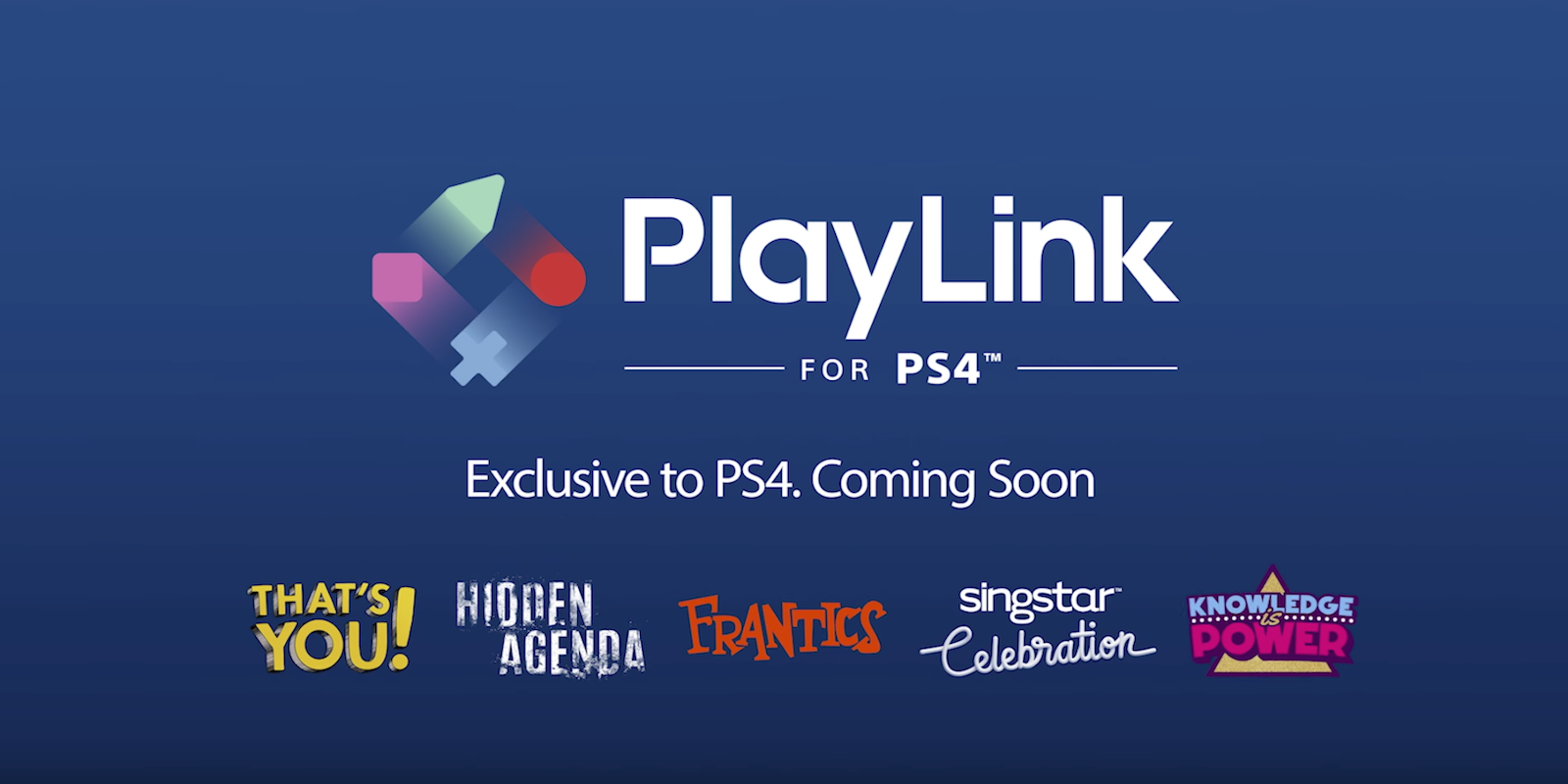 As part of E3, Sony today announced it will launch a new collection of games branded “PlayLink” that will support cross-platform gameplay experiences between PS4 and mobile devices including iOS devices. The games will be built with a second screen experience and group play in mind, meaning they’ll take full advantage of opportunities for touchscreen controls, cameras on mobile devices, multiple devices and more.

The games will work together with iPhones (and possibly iPads) via a companion app that Sony confirmed will be available for both iOS and Android. For the most part, the games appear to use mobile devices as controllers, offering a second screen experience while playing games with others on a PS4 in the living room:

The first title to support the “PlayLink” platform will be comedy quiz challenge game That’s You! (trailer below), which will be available for free to PlayStation Plus subscribers starting July 4th.

The video below shows another PlayLink game, Hidden Agenda, from the developers of Until Dawn. Both games are designed for multiplayer group play so multiple people can play together with their phones in the same room.

Sony announced a few other titles will arrive for PlayLink later this year including Hidden Agenda, Knowledge is Power, Frantics, and SingStar Celebration.