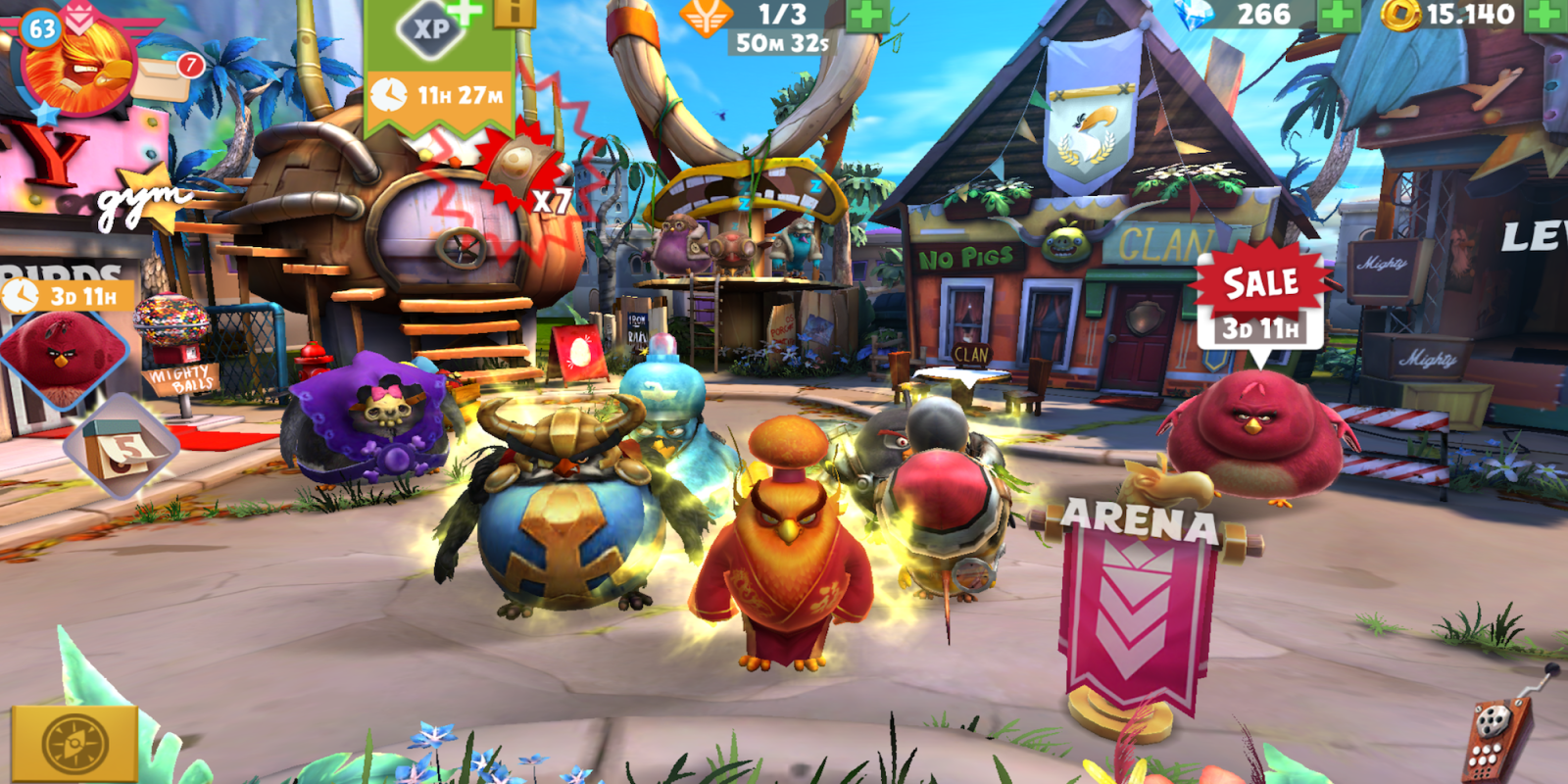 After a soft launch previously, Angry Birds Evolution, a new turn-based RPG combat game from Rovio, is officially launching in the U.S. and globally today.

The game is the latest in the popular Angry Birds franchise and, in addition to introducing a new type of gameplay for the birds, is the first title for the game made specifically for adults. As Rovio notes, that means “naughty humor, pop culture references galore and classic turn-based RPG combat.”

Angry Birds Evolution is a more adult take on gaming’s first flock – with naughty humor, pop culture references galore and classic turn-based RPG combat. The famous birds and dastardly pigs, redesigned and reimagined with a stylized flair this go around, are at it once again in their age-old conflict. In the game, you can evolve and train over 100 brand-new birds we are introducing at the launch.

The game is free to download and play, but an in-app subscription is available for 24.99 USD that gets you in-game items including one Premium Egg Ticket every day and 10% more gold and gems when purchasing in the shop.

Angry Birds Evolution is available now for iPhone and iPad as a free download.

A new gameplay trailer and screenshots below:

And the first of what will likely be more character introduction videos for the new game: