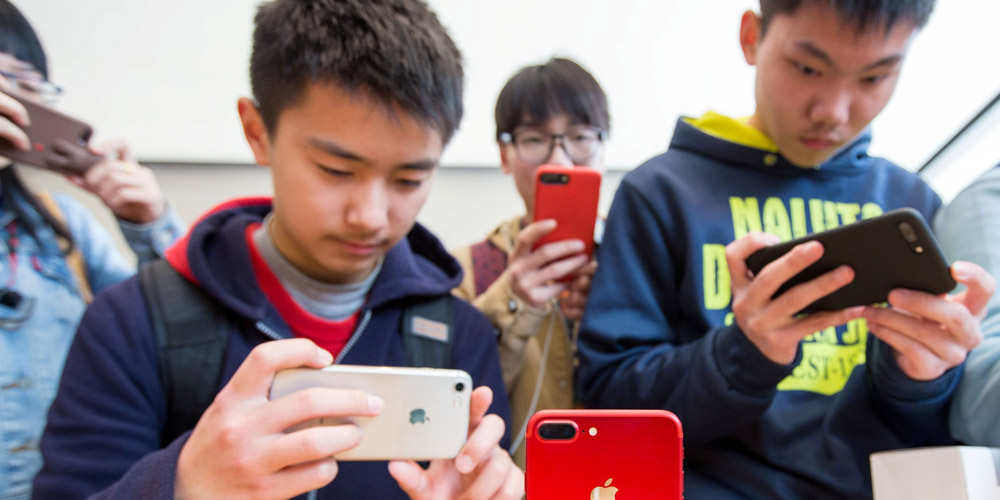 Apple has now implemented a controversial change to the way it handles cash ‘tips’ sent to content providers through social media apps in China. It is treating them as in-app purchases, and taking a 30% cut.

Apple’s point of view makes perfect sense in the USA. It argues that a donation from a user to a content creator is no different to an in-app purchase. Indeed, in the original news piece, many commenters took issue with the use of the word ‘donation,’ saying that this is suggestive of a contribution to a charitable cause rather than to an individual.

I should stress that I make no claim to be any kind of expert on Chinese culture. My limited knowledge of the country is based on about a dozen visits there, and on conversations with Chinese friends.

But that is kind of my point. Even with my extremely limited awareness of Chinese culture, I’m aware that tipping via social media is seen as something very different to an in-app purchase.

An in-app purchase is a transaction. You pay a sum decided by the developer, and you get something specific in return. That might be ad removal, additional features, in-game currency or whatever, but it’s a quid pro quo: you give me $X and I’ll give you Y.

In-app tipping is not a transaction, and isn’t seen as one in China. First of all, it’s completely voluntary. You don’t have to pay anything, and you don’t get anything in return. It is purely and simply a way of expressing appreciation toward someone who has already given something to you.

Second, the amount is decided by the user, not the developer. Indeed, the amount may be considered almost irrelevant: tipping is very much an expression of the philosophy that it’s the thought that counts. It’s the fact that you recognize the contribution made by the content provider, and wish them to know that it’s appreciated.

An in-app purchase is a deal; an in-app tip is a ‘thank you.’

This is why there has been so much objection to Apple taking a 30% cut of these tips. It’s not seen as Apple taking a commission on a transaction, but more like you reaching out your hand to put some money in a tip jar and Apple grabbing your hand and helping itself to a third of it before your hand reaches the jar.

The same lack of cultural awareness has been seen in Apple’s handling of its European tax affairs. The company’s stance made perfect sense to Americans, who focused on the unfairness of retrospectively demanding more money from a company which had paid everything it was told it had owed.

Europeans, in contrast, tended to focus on the fact that Apple had arranged a sweetheart deal which effectively amounted to perfectly legal but highly aggressive tax-avoidance. They were upset that Apple paid almost no tax in the countries in which they handed over their money.

There is no absolute right or wrong in either case. Both hinge on perceptions which differ markedly in different countries. But at a time when Apple makes more money outside the U.S. than it does within in, insensitivity to cultural nuance is a dangerous thing.

And it is especially dangerous in China. We’ve noted previously that smartphone ecosystem is far, far less important in China than elsewhere in the world.

WeChat is a super app that increasingly acts like an operating system. Its “mini- programs” allow businesses to plug in their own simple apps that can be accessed within WeChat, so that users don’t have to leave the platform. Users, for example, can open WeChat, find a nearby KFC and order food without having to download KFC’s app.

So in China, it makes little difference whether you have an iPhone or an Android phone – it is WeChat, not the phone platform, that effectively acts as your ecosystem. There are thus far smaller barriers to switching platform there than here.

These content creators, who are influential in China’s virtual world, may discourage people from buying Apple’s iPhones because the new policy will dampen their income […]

The move has already provoked a certain amount of outrage from China’s technology community. Luo Yonghao, chief executive of smartphone maker Smartisan in China, in an online post on Sunday, described it as “disgusting”. Luo is also an internet celebrity with 14 million followers on Sina Weibo, the Chinese version of Twitter.

Apple could well find this policy generating a short-term income boost at the expense of long-term sales.