New book about the creation of the iPhone ‘The One Device’ on sale now, launches to mixed reviews 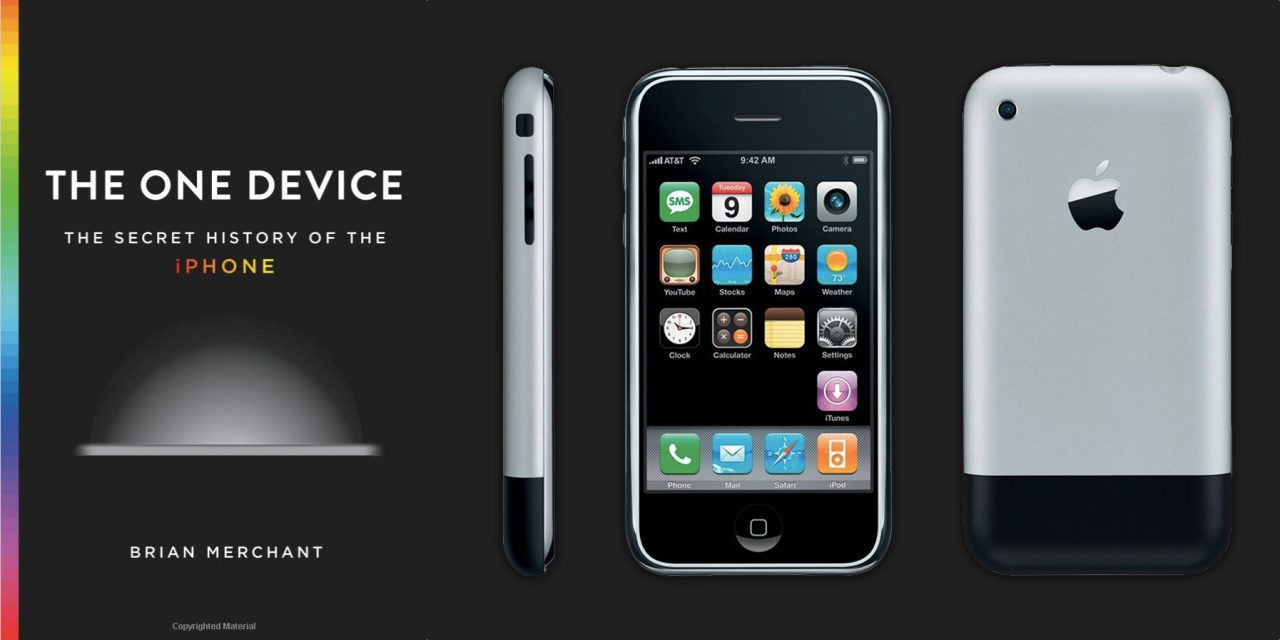 The book claiming to explore the secret history of the iPhone, The One Device, is now on sale in physical form ($19 at Amazon). You can also buy the digital ebook on Kindle and iBooks (international availability varies).

Authored by Brian Merchant, the book promises to detail the ‘untold account’ of how the iPhone was made. It features anecdotes from ex-Apple executives and top employees about the development of the secret project, as well as an ‘undercover’ trip to Foxconn and more. Early reviews of ‘The One Device’ are mixed …

In terms of content, the iPhone sections rely heavily on interviews with members of Apple’s engineering and human interface team at the time including Bas Ording, Greg Christie, Nitin Ganatra, Andy Grignon (who blames his divorce on the iPhone’s intense development) and Tony Fadell.

Quotes and excerpts from previous published works about Apple are also relied on heavily including comments from Jony Ive taken from Walter Isaacson’s Steve Jobs biography. Merchant also dips into the Apple-Samsung trial testimonies for tidbits from Scott Forstall.

About a third of the book is directly about its subtitle, the ‘secret of the history of the iPhone.’ Other chapters include a first-hand account of the Foxconn factory complex, a discussion of iPhone security and jailbreaking, an interview with Tom Gruber — Apple’s head of ‘advanced development’ — about Siri and AI, as well as various chapters on core technologies that make the iPhone possible.

“Uh, just the load time was laughable,” Andy Grignon says. Grignon’s Linux option was fast and simple. “It’s just kind of prrrrrt and it’s up.” When the Mac team first got their system compiling, “it was like six rows of hashtags, dink-dink-dink-dink-dink, and then it just sat there and it would shit the bed for a little bit, and then it would finally come back up and you’d be like, Are you even kidding me? And this is supposed to be for a device that just turns on? Like, for real?”

The One Device has already caused one controversy in the Apple community. When The Verge published a lengthy extract of the book last week, it featured a quote from Tony Fadell about Apple SVP Phil Schiller’s insistence that the iPhone needed a hardware keyboard.

Fadell and Schiller tweeted that the story was not true, whilst Merchant says he has tapes of Fadell’s interview retelling the incident word for word.

To coincide with the book’s launch, some publications have posted impressions. MacRumors was disappointed that the secret history was on the light side; new anecdotes are certainly introduced in this book but we still don’t have extensive insight on the iPhone’s inception (in large part thanks to Apple’s trademark secrecy).

MacRumors called The One Device ‘a worthy read’ due to the combination of internal development tidbits and the rich background chapters about ARM processors, raw material mining and more.

The New York Times mirrors a similar sentiment. In its review, the NYT says that the core of the book ‘tells a far richer story’ about the creation of the iPhone than anything before it. However, it also admits that it is by no means definitive and the filler chapters drag on.

The iPhone is designed for maximum efficiency and compactness. “The One Device” isn’t. The three chapters on the development of the iPhone are the heart of the book, but there’s some filler too. It’s curiously unilluminating to read a metallurgical analysis of a pulverized iPhone, or to watch Merchant trudge around the globe on a kind of iCalvary in search of the raw materials Apple uses — through a Stygian Bolivian tin mine and a lithium mine in the Chilean desert and an e-waste dump in Nairobi where many iPhones end up.

Still, the New York Times’s take still feels like a recommendation if a little dampened. USA Today says it is a great story ‘when Merchant focuses on the basic history’, but was left wanting more as the book does not address events like the rise of Android or how the iPhone roadmap was impacted by the CEO transition when Jobs died.

It seems that if you buy ‘The One Device’ with the expectation that the whole book explores never-written-before secrets about the internal machinations of Apple circa 2004-2007 you will be let down.

It’s more about the backstory of the iPhone as a cultural phenomenon, and what goes in to making one, and less about an Apple tell-all. The takeaway is to approach ‘The One Device’ as a celebration of the biggest consumer electronics phenomenon to date, which frankly most Apple fans will enjoy reading.

The One Device is available now from Amazon and other bookstores.

Independently and yet related, later today the Computer History museum will host interviews with four members of the original iPhone development team about how the iPhone came to be, including Scott Forstall — who has been basically silent since his 2012 ousting. Stay tuned to 9to5Mac for coverage of that tonight — the schedule says the event will start around 7PM PT.