iPad Pro Diary: A few issues, but the 10.5-inch iPad can actually read my handwriting! 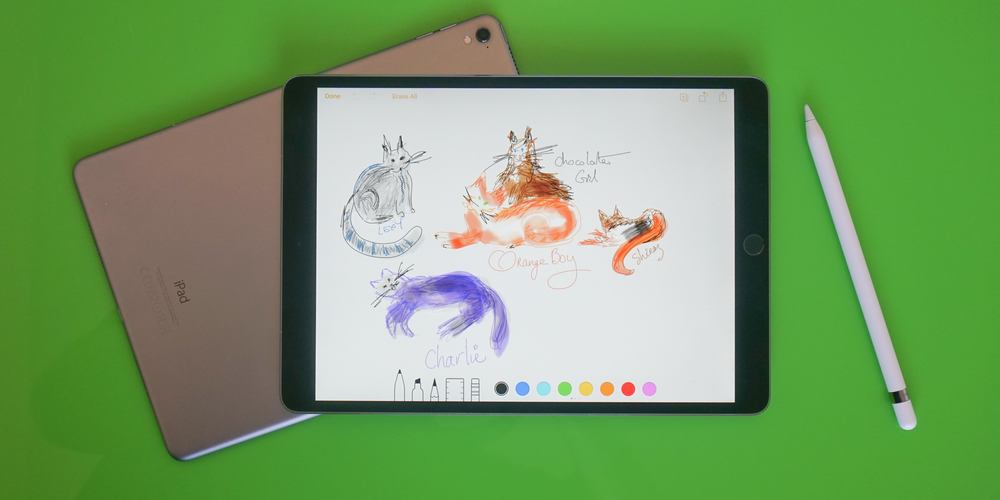 I said last time that while the difference between a 9.7-inch and 10.5-inch screen didn’t sound like much on paper, it actually makes a surprising difference in real life. It’s not a 12.9-inch model, of course, and you don’t get things like the three-pane email view you do on that, but it really does feel significantly bigger.

I have, though, discovered that the larger size does have one downside: accessory compatibility.

While the difference in external dimensions is much smaller than the boost in screen size, the casing is just that little bit larger, and that’s rendered one of my most-used accessories unusable and a second one rather awkward to use …

I reviewed the TwelveSouth HoverBar back in 2014. This is a device that clamps onto anything from a monitor stand to a headboard, holding the iPad exactly where you want it. I said then:

It’s not that difficult to use an existing or cheaper stand to position the iPad roughly where you want it on a desk or kitchen worktop, and not too great a hardship to hold it while watching movies or reading books in bed. But I have to say that within a very short time, I came to rely on it. The ability to place the iPad exactly where you want it, and to indulge in the sheer laziness of having it hover above the pillow in bed, is very appealing.

It seemed a well thought-through piece of kit, coming at the time with three different snap-on holders for iPad Air, iPad 2-3 and iPad mini. When I upgraded to the 9.7-inch iPad Pro, that still fitted nicely in the iPad Air holder, so all was good. And the modular design should have meant that all TwelveSouth had to do was produce a new clip every now and then.

Unfortunately, the company told me, the proliferation of iPad sizes has made that impractical – or at least uneconomic – so the company has discontinued the product.

As of my upgrade to the 10.5-inch model – which is too large for the clip – that’s one accessory I’ll no longer be able to use.

A second accessory is still usable, but only just … 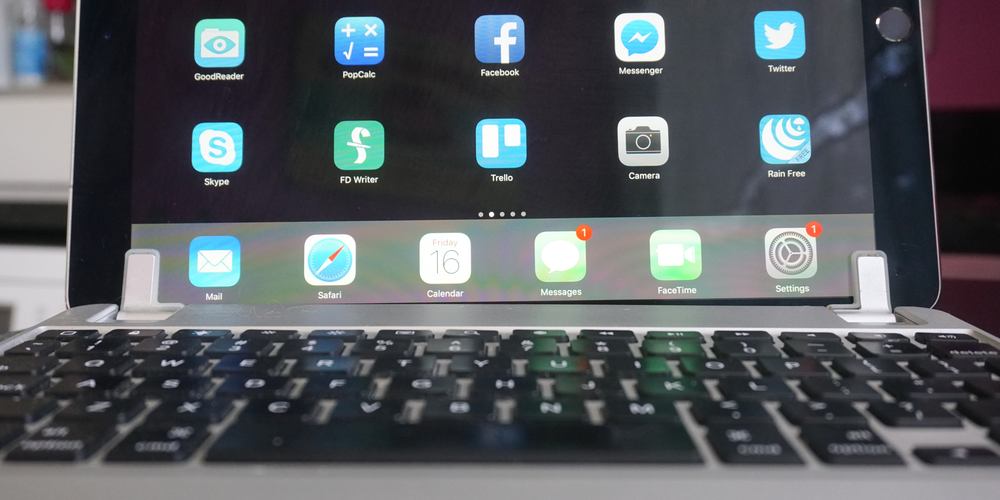 When mobile, I mostly use my iPad as a laptop, with a Brydge keyboard (review) attached. This clamps onto the casing using two silicone-cased metal prongs. With silicon adapters for different thicknesses of iPad, it grips the 10.5-inch model just fine, but the prongs now obscure part of the larger screen.

This is an issue at the sides of the screen, but the thinner bezels also mean that the iPad can sink lower into the prongs. I’ve illustrated this in the above photo by pushing the iPad right to the bottom of the left-hand prong. But if you position it carefully, you can keep it higher.

Covering the bottom corners also occasionally causes issues when I need to touch something at the bottom left or right of the screen. I’m sure Brydge will bring out a new model, so for now I’ll cope.

Of course, these are issues specific to two of my own favorite accessories, but the broader point stands. If you have an iPad case or other accessory designed for a 9.7-inch model, it may well not fit the slightly larger dimensions of the 10.5-inch one.

I have one other accessory-related complaint, and that’s with an official Apple one included in the box: the Lightning cable. Apple supplies a cable with a USB-A connector on the other end, making it useless to charge the iPad from the latest MacBook Pro models.

I appreciate, of course, that the majority of people out there likely still have USB-A devices, but it seems a little crazy that I can’t connect the latest iPad to the latest Mac with the cable Apple provides. The company really ought to have put both cables in the box.

Which brings us to the accessory I didn’t expect to keep: the Apple Pencil.

I wrote last time that I can’t draw. Just in case anyone had any doubts about that, here’s my attempt at a self-portrait …

My partner and some friends did have fun with it. 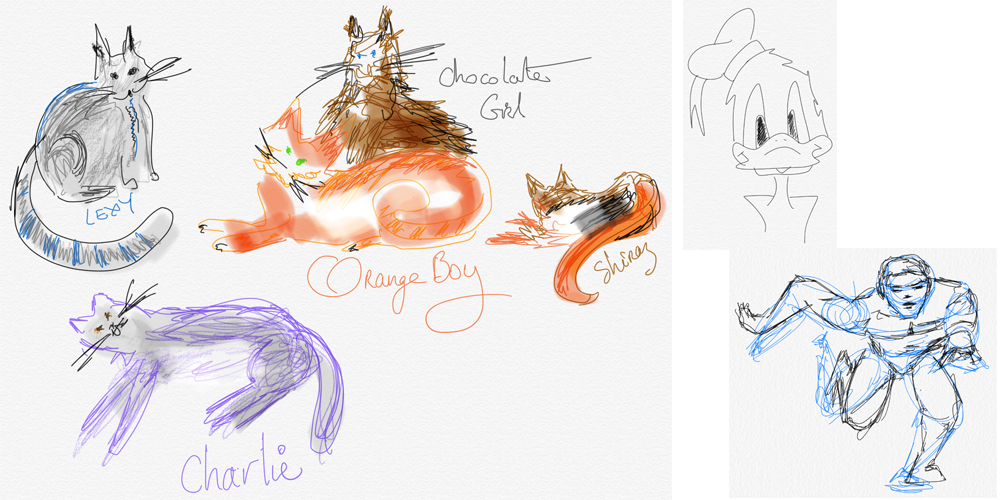 While I watched, impressed by the technology.

I also stated that my handwriting is so bad that not even I can read it, and the iPad didn’t have any more luck. This is true, but … I found that if I used print rather than cursive, then the iPad did an incredibly good job at deciphering my scrawl. This is with the MyScript Nebo app:

I’m honestly completely blown away by that.

Will I ever use the Pencil? I’m honestly not sure. I’ve typed everything for a decade or more. But I’m not returning it. The chances are that it will only ever be used by other people, but it’s priced at a level where it can – if I lean a bit to the left and squint slightly – just about be justified as an occasional toy. So I’m hanging onto it.

But this is strictly on the understanding that there will be no ‘I told you so’ comments below … After all, I’m not expecting to use it myself, so that’s fair, right?

If you have one yourself, do share your experiences in the comments.