Some teens earning $20k+ fixing iPhones in their summer break 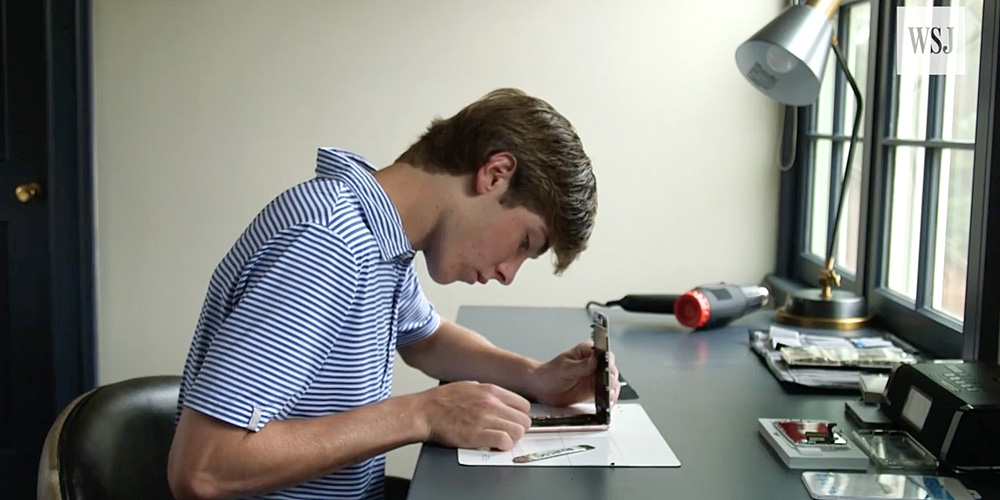 While some teenagers may enjoy time off over the summer break, others take up summer jobs. These have traditionally been low-paid hourly jobs, but some are making in excess of $20,000 by fixing iPhones …

The WSJ spoke to one 16-year-old who made almost $24k last summer. Grayson Shaw (above) said that while he does miss time off, he also loves to work – and the money doesn’t hurt.

“Sometimes when your friends are all out there catching really nice waves; it can be really frustrating.”

An 18-year-old said that he quit his job at his father’s bowling alley when he was making more money from the iPhone repairs he did on the side. Joseph Kokenge taught himself to repair iPhones by watching how-to videos on YouTube.

It isn’t all profit, though. Jack Hancock says he’s been fixing phones since he was 15, and has twice had to pay to replace a phone he’d broken.

Another time, he accidentally clipped a cable in an iPhone, killing the fingerprint sensor. He paid the customer $400 for a new phone. “It was very costly to me.”

iFixit said that you’ll find similar teens in any school.

“I would think in any high school in America, you’re going to be able to find someone who has decided to be an entrepreneur and is fixing phones,” says Kyle Wiens, chief executive of iFixit.

If you’ve done the same, do share your experiences in the comments.