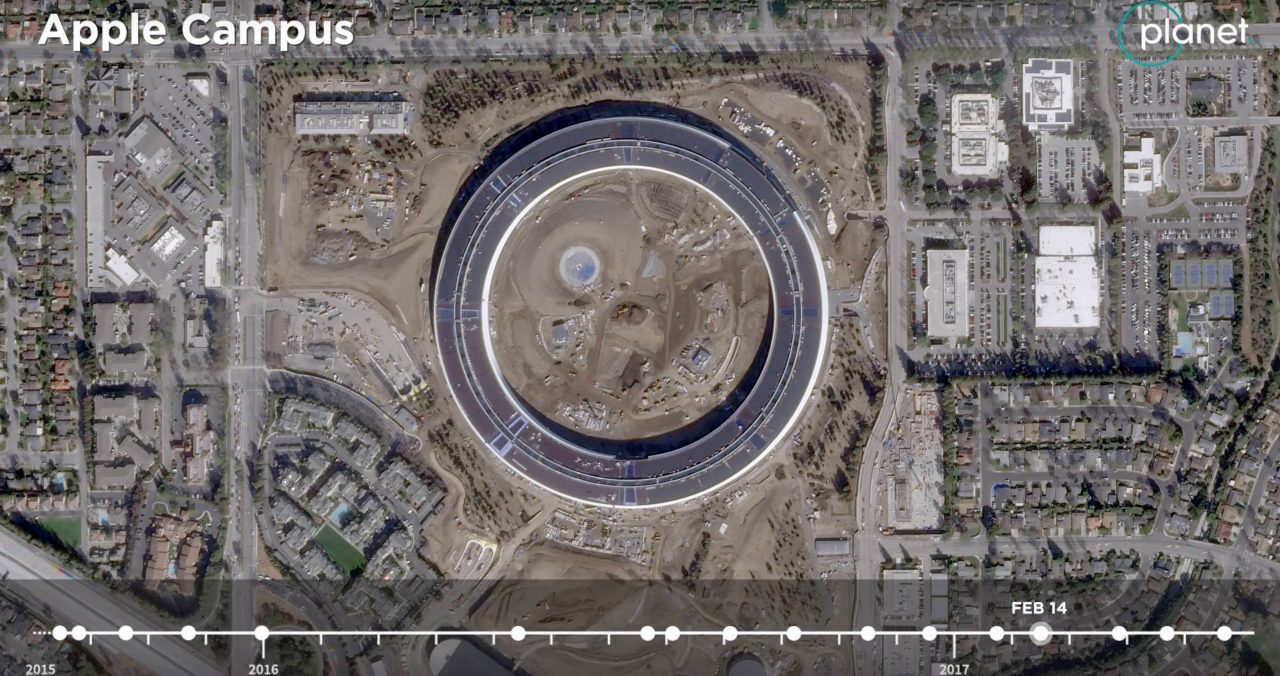 Apple has been hard at work on its new Apple Park headquarters for several time, recently starting to put the final touches on the campus. Now, satellite imaging company Planet Labs has shared new overhead footage of the spaceship construction progress over the last two years, condensing the footage down to just 18 seconds and showing the amazing progress…

The footage, first noticed by Business Insider, begins with an overhead shot from September of 2015, which is about six months after Apple initially began construction on Apple Park. At this point, the campus largely resembled the skeleton of the final project, with the basis of the spaceship design completed but with a long way to go.

As the video progresses, you can see things such as the Steve Jobs Theater entryway take shape (bottom right), as well Apple’s wellness center (upper-right). Towards the end, you can see final touches like greenery star to take shape, making Apple campus resemble something other than a construction site.

Apple started moving employees into its new headquarters in April, though there is still significant work to be done and few employees were moved. Recent drone footage has shown Apple continuing construction on the interior, as well as laying grass and other greenery on the outside, while the company has also started hiring Visitor Center staff in preparation for the official opening.

Planet Labs is an up-and-coming company that hopes to sell high-resolution satellite imagery beginning next year, having purchased seven satellites from Google earlier this year.

Check out the satellite footage below and up with everything we know about Apple Park in our continually updated guide. What do you think of the newest satellite footage? Let us know down in the comments.