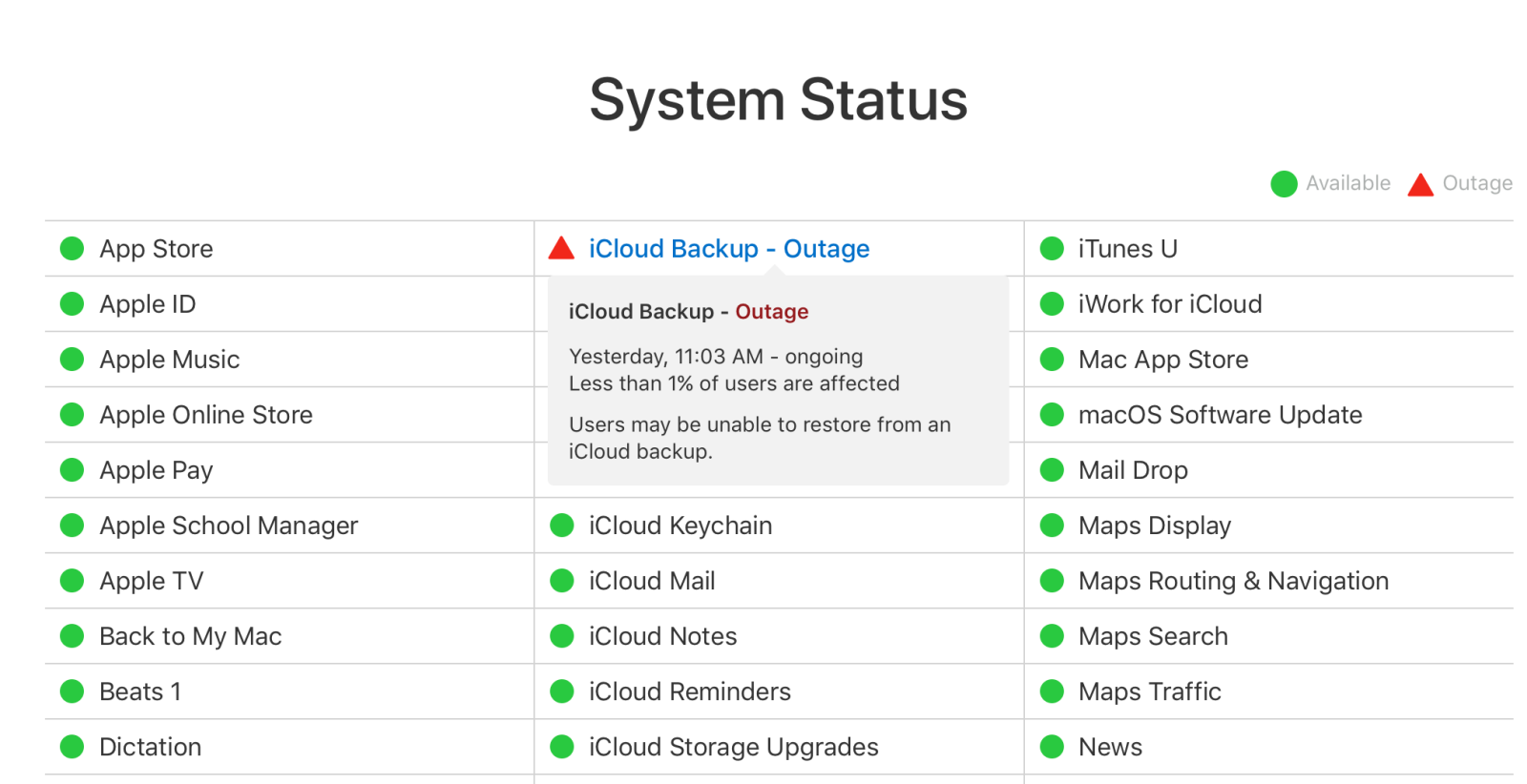 Apple this evening has updated its System Status webpage to reflect that a small number of people are unable to use iCloud Backup. According to Apple, the feature has been inaccessible since early yesterday morning, though it affects a small percentage of users…

Apple says that the outage affects “less than 1 percent of users,” while it doesn’t offer any information about when the issues will be resolved. The outage means that affected users are unable to restore from an iCloud backup when setting up a new iOS device and thus must restore from a local backup or set up as a new device.

Users on Twitter have been complaining of issues restoring from iCloud Backup over the last 36 hours. Users report that they are seeing unusually long restore times, messages about the restore failing to complete, and more.

It’s unclear when the issue will be resolved, but it’s interesting that Apple has let the problem go on for this long without offering any more details about what’s going on.

Have you experienced issues restoring from iCloud backups? Let us know down in the comments.

Can't restore from an iCloud backup but I'm on the phone with Apple.

Got a new iPhone after my old one shit the bed. It's been trying to restore from iCloud backup & says it will take 3 days. Help?